Shame on you Stephen Harper 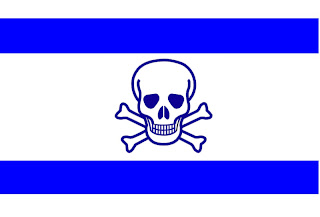 Our Prime Minister's initial response to the raid by the Israeli Navy on the aid flotilla fell far short of the mark. Harper said he'd have to wait and see if an investigation of the event gave him cause for concern.

I'd have thought that the boarding of vessels carrying aid to Gaza, by the Navy, in International Waters, would be enough for most reasonable people to say, "Hang on, that went too far." But Stevie, like the USA, wanted to wait and see.

In the end I thought, well at least we'll have an investigation by an independent international body and surely at the end of that someone will stand up and say that the actions by Israel were a violation of international law.

Think about it. Several Israeli ships harass the flotilla for several hours. Then, in the middle of the night heavily armed Israeli combat troops rappel from military helicopters onto the ships' decks. The ship's crew responds to the attack and Israel condemns them as the ones who initiated the hostilities and justifies the killing of several crew members.

The United Nations Security Council issued a statement significantly watered down as a result of aggressive America interventions, but calling for "a credible and impartial investigation" of the incident. Not satisfied with that the US administration later insisted that any investigation of this aggressive and illegal act should be done by Israel.

Canada's Prime Minister Stephen Harper, and it cramps my fingers just to call him that, was quick to climb on board the American attempts to prevent an unbiased investigation.