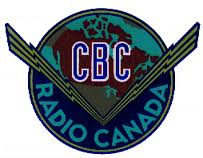 The Globe goes over the top on the Ontario Election 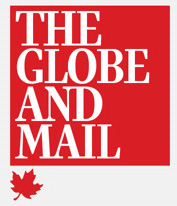 I know that the Globe & Mail likes to think of itself as Canada’s only National newspaper but they are still pretty focused on an area within 100 km of Toronto.

To the G&M’s editors the Toronto International Film Festival is an annual event that we all should really care about. After all, how could we survive out here in the boonies, unless we were told about “who rocked, and who flopped, on the red carpet.”

We can suffer for weeks out here in the depths of winter, enduring wind chills of -50 without it being noticed in the centre of the universe but, as soon as it hits around -15 on Hogtown’s Younge Street, they will let us know how they are all suffering.

It is even more so what it comes to provincial politics. Oh sure the re-election of the PEI Liberals got a few column inches and the NWT election did get a short mention but they are obsessed with the three way race in Ontario which pits the Liberal, same old McGuinty against a knuckle dragging, right winger, PC leader Tim Hudack.

The Globe seems to be terrified that the New Democrats might hold the balance of power in what may be a minority government and they are doing everything they can to undercut their share of the vote.

This morning, John Ibbitson looks at the NDP platform and asks about the NDP leader, “What kind of Ontario would Ms. Horwath make, if she had the power to make it?” He goes on to say, “Populist pandering, impossible promises and fictional accounting are the stock and trade of minor parties the will never be allowed anywhere near the lever of power. But after the next election, M. Horwath could have the power to decide whether and when the government of the day falls, which means at least some of those NDP fantasies, could become dangerously real.” Ibbotson closes by saying that although there won’t be an NDP government, a minority of either of the other parties might see their leaders “...struggling to stay in power by keeping Andrea Horwath happy while doing as little damage to Ontario as possible.”

Margeret Wente on the other hand says that the NDP’s Andrea Horwath “...doesn’t really have a platform, but she is basking in the glow of Jack Layton’s halo.”

And, just in case anyone in Ontario was thinking of voting for the New Democrats, the Globe really comes into its own in this morning’s editorial however. The editorial writers tell us that “An interventionist and protectionist NDP holding the balance of power in Ontario would be a disastrous election result. Behind Andrea Horwath’s pleasant, amiable personality are policies that would send Ontario into a tailspin, undoing years of progress into a tailspin, undoing years of progress toward interprovincial free trade and violating trade agreements.”

It reads like a guest editorial written by Stephen Harper which I suppose isn’t all that surprising considering that the same editorial board endorsed the Harper Conservatives before the last Federal election.

I wish they would just butt out.
Posted by .Gord Hunter at 10:44 No comments:

Harper’s Blue Meanies would have Canadians believe the New Democrats as the Official Opposition, is not much more than flash in the pan and something that doesn't worry them much at all. Their actions tell a different story.

I find it interesting that when Jack Layton died. Stephen Harper was falling all over himself saying how much he respected Jack but, now that the time has come to find a successor, he is back to treating the NDP as if they very scary. The barbarian horde camped just outside the gate.

What it shows, in my opinion, is that Little Stevie is much more afraid of the New Democrat’s than he ever would like to admit.

A case in point.

One of the leadership hopefuls in the bid to replace Jack is Brian Topp, a backroom strategist who worked here in Saskatchewan with Roy Romanow, back when Roy was the big cheese. The Harper spin doctors have gone to great lengths to characterize Topp as a “union boss” and raise the spectre of “big labour” taking over the NDP and potentially having labour control Canada’s agenda.

Anyone who understands “big labour” if there is even such a thing in Canada, would understand a few of things:
So, all said, it is good to know that labour scares the hell out of Stephen Harper.
Posted by .Gord Hunter at 09:52 No comments: