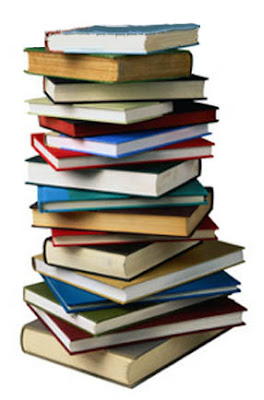 First let me say that, in principle I am not in favour of opening up our market place more than it already is to American business wanting to cash in on Canadian prosperity. I suppose in that regard I am a bit of a protectionist. I’m not ashamed of that, I just think there are many things about our Canadian society and culture that I think are worth holding on to and there already is too much American influence on the Canada I hold dear.

So, I guess I am, in principle, against Amazon moving into Canada. They already have a pretty big market share in Canada as a result of Google’s habit of putting them ahead of Canadian on-line booksellers when you search for on-line books. I don’t really think we need their greater presence here.

What is starting to get under my skin however is Heather Reisman’s campaign to keep Amazon out by evoking the image of that American bookseller forcing the independent bookstores out of business. I am sorry Heather; you have pretty much already done that, all by yourself. Aggressive marketing by Chapters/Indigo has made it pretty tough for all but the largest Canadian booksellers to survive. Even some of them are in trouble.

Reisman’s effort reminds me a bit of the campaign by Canada’s private broadcasters, claiming that they are trying to save local programming when the truth is, they have little to no commitment to it at all and haven’t had for over 20 years.

Ok kids, can anyone spell disingenuous.

The Ritz Cracker is in the Hot Seat Again 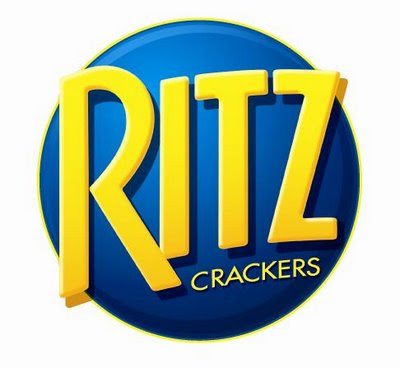 There was a time when we Canadians scoffed at the lax regularity climate in the USA but, pushed by business and the neo-cons successive Canadian governments have bought into the move towards deregulation and replaced tough inspections systems with self regulation.

I would not ignore the role the Liberals have played in this area, they are hardly free from criticism but, this kind of thing is right up Stephen Harper's alley.

The latest problem in this area of deregulation falls right into the lap of our Agriculture Minister Gerry Ritz who is obviously a slow learner.

Most Canadians will remember listerosis contamination crisis. It was troubling to hear then that federal meat inspectors spent most of their time in their offices these days doing paperwork while the responsibility for keeping the market place safe was left to the meat packers and processors themselves.

The inspectors themselves complained that what they were doing was unsafe but under-staffing and changes to the inspection regimen made it impossible to do their jobs in what they considered to be a proper manner.

Gerry Ritz was caught making a joke of the crisis and embarrassed by it all he finally agreed to hire more inspectors. Today it just might be that all those new hires Gerry boasted about were replacements for people who had quit and were replaced. The union representing the inspectors says the size of the inspection force is the same as it was before the listerosis outbreak.

Well, just when Gerry thought things had quieted down and he was operating under the radar again, what do you know.

The American officials, never known for tough regulation themselves, have said that the Canadian practice of inspecting the plants that process the packaged meat once a week, falls far short of the American requirement of daily inspections. The ultimatum is clear. Either meet American standards, or keep your Canadian processed meat at home.

Now, just when Stephen Harper plans to cut public service jobs, the government is discovering that they actually need these workers.

The question now is will Gerry Ritz actually do anything to fix the problem this time or should we expect more of the same. I am betting on the latter.

I for one think its time to move Gerry to Parliament's backbenches where he belongs.
Posted by .Gord Hunter at 09:29 No comments:

As British Prime Minister Gordon Brown prepares to announce plans to replace the unelected House of Lords with an elected upper chamber, Canada is headed for a constitutional quagmire on Senate reform – unless Canada’s political leaders see that parliamentary reform should begin with the House of Commons, says Fair Vote Canada.
“Traditionalists claim the Senate provides strong regional representation and sober second thought,” said Larry Gordon, Executive Director of Fair Vote Canada, a national citizens’ campaign for electoral reform. “The appointed upper house does neither. Regional representation is badly skewed and sober thoughts, when they occur, lack democratic legitimacy.”
While the reform of Parliament is an urgent necessity, the House of Commons rather than the Senate should be the top concern.
Addressing the Senate in a piecemeal approach is doomed to failure. The election of some Senators by some provinces virtually guarantees constitutional challenges by provinces whose interests are compromised. Furthermore, Senate reform can only be legitimate when all the main issues – method of appointment/election, allocation of seats among provinces, and the powers of the Senate in relation to the House – are resolved and then implemented at the same time.
“Before we even head down that path, another step is required,” said Bronwen Bruch, President of Fair Vote Canada. “Voters should first give direction to our political leaders through a referendum: should Canada have an elected Senate or should the upper chamber be abolished?”
With no quick fix for the Senate, Canadians could still gain a benefit often associated with the Senate - strong democratic representation for the regions – by reforming the way House of Commons is elected.
Today’s voting system suppresses the variety of voices in every region. Twenty-seven of Alberta’s 28 seats are occupied by Conservative MPs, even though more than a third of Alberta voters voted for other parties. Meanwhile more than a half-million people in Toronto, Montreal and Vancouver voted Conservative, yet not a single MP from those cities sits in the governing party’s caucus. Two-thirds of Quebec voters voted for federalist parties, yet two-thirds of the Quebec’s seats are held by Bloc MPs.
“By giving every voter in every region an equal and effective vote, through a fair and proportional voting system, Canadians could elect, for the first time, a House of Commons that reflected all voters in all regions,” said Larry Gordon.
The governing party and opposition caucuses would then include MPs from all regions, not just those where their support is most concentrated. When every vote counts, national parties would have more incentive to pay attention to voters in all regions, rather than just those in swing ridings in geographic strongholds created by the current electoral system.
“Best of all,” said Gordon, “the introduction of a new voting system for the House does not require a constitutional amendment. It just requires our political leaders to amend the Canada Elections Act to reflect a widely shared democratic value: equal votes for all.”
Posted by .Gord Hunter at 09:27 No comments: