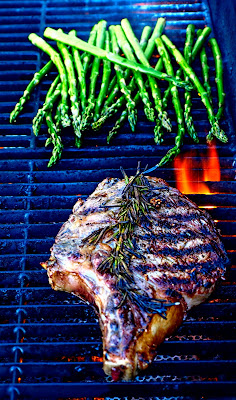 In Saskatchewan when it looks and feels like spring in April, in all probability it is just some meteorlogical prank.

Oh sure, you get your lawn raked and you almost feel like its time to get the fish pond going when you get another taste of winter. We were lucky yesterday, a major storm hit just a few kilometeres north of where we are. Semi trailers were actually blown over in the wind and the visibility was down to almost zero in blowing snow. Here in Regina we got wind gusting up to 106 km but temperatures stayed above freezing.

Today it was still windy and cooler but still springlike so, I thought since I am on my own this weekend, what better than a rib steak cooked on the old BBQ. It isn't the first meal I've cooked outdoors this season but I thought in a kind of celebration of the winter storm passing us I'd thumb my nose at mother nature and grill a steak. It just seemed like an appropriate thing to do.
Posted by .Gord Hunter at 20:33 No comments: 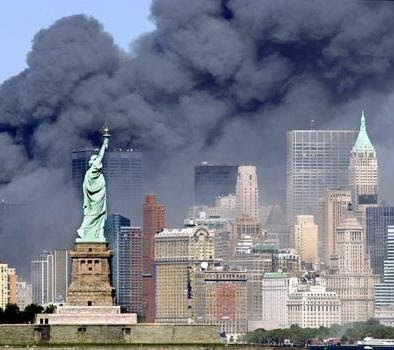 I have been re-reading Robert Wilson’s quartet of novels featuring, Inspector Jefe Javier Falcon. I hadn’t been able to find the third book for some time so, once I had them all, I thought I’d read through them in the correct order. I came across something in The Silent and the Damned that I hadn’t realized before.

Most of remember the overthrow, by the military, of the Salvatore Allende government in Chile. The democratically elected Allende was a Marxist and he made it clear that he intended to nationalize several of the large America firms working in Chile. He particularly focused on the huge US owned copper mines and IT&T which owned the communications systems in Chile. This so troubled IT&T that it offered a million dollars to support any US backed action to overthrow the Allende Government.

Richard Nixon and his Secretary of State Henry Kissinger saw Allende as a threat and a problem that had to be fixed. Nixon told then CIA Director Jesse Helms to “Make the (Chilean) economy scream to prevent Allende coming to power or to unseat him”

After three years or so of secret actions by the CIA the American government was successful. Allende was killed and the coup d’etat saw American backed Army General Augusto Pinochet installed as President of Chile. So, when did this all happen?

On September 11, 1973 American backed terrorists overthrew the democratically elected government of Salvatore Allende and installed a ruthless dictator. During the dictator’s rule somewhere between 1500 and 3500 Chileans were murdered by the regime, 80,000 were imprisoned and 30,000 were tortured. Many of the intelligencia fled Chile during this period and lived abroad in exile. This was the regime that gave us the term “the disappeared”.

There is something terribly ironic about all this.
Posted by .Gord Hunter at 10:58 No comments: 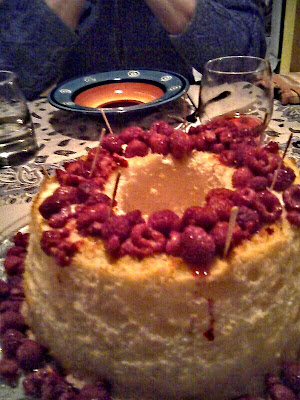 We had friends for Easter Sunday supper last night.

I marinated a boned leg of lamb in red wine for 24 hours then massaged in a mixture of garlic, rosemary, oregano and olive oil before putting it into the oven. We had lemon roasted potatoes, carrots with honey and a touch of baharat spice mix and dilled peas washed down with a Petit Verdot from Australia.

Perhaps the piece de resistance was dessert. Anne brought a sponge cake topped with raspberries. To make sure that the cellophane wrap didn't fall onto the fruit and mash it she put toothpicks around the top and sides of the cake.

I brought it to the table, toothpicks and all. It was then that someone irreverently noticed that with the tooth picks sticking up, the cake looked very much like a crown of thorns. We thought how appropriate for an Easter supper, named it saviour cake then ate it quickly, looking over our shoulder just in case God didn't have the sense of humour we hoped.
Posted by .Gord Hunter at 08:46 No comments: