Horoscope Speaks to me 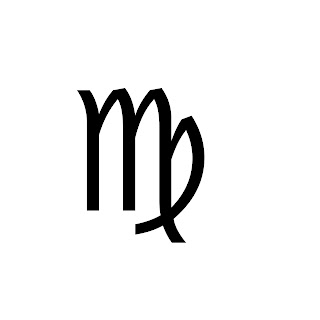 I am spending a lot of time these days preparing for a trip we are taking to visit Edinburgh and then to walk Hadrian's Wall. I do spend a great deal of time on the internet looking for good restaurants, castles, stone circles, looking for pictures and plotting our trip on Google Earth. Some might even argue that I spend too much time researching the trip.

Well I don't usually read my horoscope but after all it was the Globe and Mail and I was having a slow start to my morning. But there it was under Virgo. Speaking to me.

Social activities and travel plans seem to be taking up most of your time at the moment and there is nothing wrong with that. If a friend or relative dares to suggest you are neglecting your domestic duties tell them to mind their own business.

I looked around our messy house, re-read my horoscope, sat down at the computer and opened Google Earth.
Posted by .Gord Hunter at 10:05 No comments:

What About That Seal Hunt? 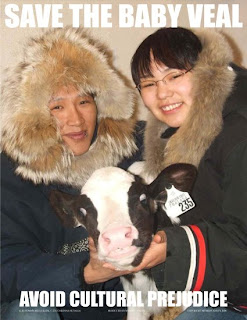 The seal hunt flap with the EU has certainly got the Inuit and Newfoundlanders riled up and Harper, seeing an opportunity to win back their hearts, is “vigorously” pursuing the matter with legislators in Europe. After all, clubbing baby seals to death is as Canadian as...I don’t know...shooting gophers?

It is one of those issues that most Canadians don’t talk very much about. It isn’t that most of us don’t have an opinion but no one really wants weigh in about an issue that they are not sure about. I have never seen a poll about the issue but I would bet that most Canadians, not unlike the Europeans, would rather see it put to a stop.

I am never sure how I feel about the issue.

· On the one hand I am prepared to accept that the seal hunt brings a much needed source of income to those who eke out a living in Newfoundland’s small outports. Stop the spring hunt and there isn’t really much of an alternative when it comes to putting bread and butter on the table. Everyone can’t go to work in Fort Mac.

· On the other hand, I think it is time to move on. I have lived my life so far without much need for seal skin really. The last thing I can remember having that was made of seal skin was an Ookpik from EXPO 67.

It is one of several issues that I just don’t feel comfortable with, like allowing trophy hunters, foreign or domestic to kill polar bears or big horn sheep. There is an economic impact inherent in stopping any of those practices but isn’t it time to phase this stuff out. We aren’t really a society of hunter-gatherers any more. The seal hunt’s days are numbered like the corner store, the family farm or door to door milk delivery.

Seal hunters, like the rest of us, want a roof over their heads and the ability to feed their families. They want to feel like equal partners in confederation, not just the tag end. Perhaps Harper, and to be fair previous governments as well, should have concentrated a bit more on regional economic development. As usual Ottawa is too late into the game.

I'm not a birdwatcher except that I do enjoy watching them at my feeder over winter and always enjoy seeing something rare or colourful.

Wascana Lake is always busy in the spring with the Canada geese returning to their old breeding grounds to harass the walkers for another season. They arrive by the hundreds along with the ducks and the other water birds.

This time of year they are also joined by some shore birds. Those long legged things, along the water's edge. I have been particularly impressed by the American Avocet, larger than the rest of the shore birds, it is colourful and has a very long curved beak not to mention its blue legs.

For a better look at it, left click on the image and it will enlarge.
Posted by .Gord Hunter at 18:26 No comments: