We'll See How Lucky the Moose Really is

I have been intrigued by the court room drama being playing out this week in Toronto.  I have been baffled by the whole thing since the incidents which started all this in motion took place, several months ago.
It is somewhat ironic that this all transpiring during the week that the “new” Globe & Mail is focusing on immigration and how Canada should be doing a better job helping immigrants to integrate into Canadian society.
OK, for those of you who live under a rock and missed this story, this is what happened.
David Chen, a Chinese immigrant, owns the Lucky Moose Food Mart on Dundas Street in Toronto. He has been plagued by shoplifters to such a degree that he installed a $30.000 video security system in the place. The police – just in case you forgot are the people who are supposed to capture bad guys - it seems have been very little help to him. In the past when he has called than have taken up to five hours to respond and when they do actually get there on time, have encouraged him not to press charges and have let the culprits go.
In May, Anthony Bennett, a petty thief and drug addict, skulked in and stole a bunch of flowers worth about $60.00. Flowers are easy to sell on the street for quick cash you see. Chen saw him do it but was unable to intervene and Bennett got away. Chen checked the security video and it was clear to him who did the dirty deed.
A few hours later, one assumes after successfully selling the flowers on the street, Bennett, a creature of habit returned to the Lucky Moose and from what I saw on the video tape was reaching over to steal more flowers. Chen confronted him. Bennett challenged Chen saying, “I have never been here before. You fuck off you Chinese. Stop bullshitting me.” Then he ran. Chen and another employee gave chase and eventually they were seen by another employee of Chen who was driving a delivery van. Together they captured Bennett and after a fight secured him, threw him in the van and hailed passing police to have him arrested.
Much to their surprise, they were hand cuffed, arrested, brought to the station and strip searched. And, charged with forcible confinement.
Now to be fair to the cops they did also charge Bennett the thief who has a rap sheet going back 30 years and who admitted that he had stolen the original flowers and recognizing a good thing, had returned to steal more flowers. Bennett was convicted but was offered a reduced sentence in exchange for a deal that he would agree to testify against Chen and his employees.
To be honest my only complaint against Chen is that the “moose” on his store sign looks more like a cow. But, I suppose most downtown Toronto people wouldn’t know the difference anyway.
Is this what Stephen Harper and Injustice Minister Vic Toews mean when the talk about their “Law and order agenda?”  I figure I must be one of their old “soft on crime” guys but to be honest, it all just pisses me off.
If there is any justice in the system - which is debatable – the judge will through this charade whole thing out of court.
Posted by .Gord Hunter at 10:08 No comments:

I thought I was done with the long gun registry but there was something in the Harper Government response to the defeat of Candy Hoeppner’s bill that offended me enough to keep watching this file. Remember Harper was very clear that those who switched their votes will pay at the polls and that the Conservatives will not rest until the registry is abolished. 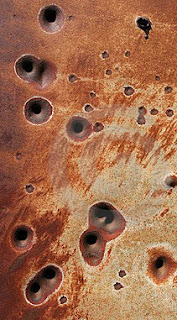 I new poll was released yesterday that illustrates how out of touch that bunch of Tories really are. The Ipsos Reid poll was conducted between September 27 and October 4l shows that two thirds of Canadians, support the long-gun registry. The figure is 66% to be exact. Even people who tend to vote for the Harper Conservatives are split on the issue.
Alberta is the only place in Canada where citizens support the scrapping of the registry. No real surprise there but even in wild rose country, the figures are close with 53% in opposition to the registry with 47% in support. The poll finds that support for the registry is highest in Quebec  at 81% followed by Ontario at 66%, British Columbia at 61%, Atlantic Canada supports the registry by 59%  and Saskatchewan and Manitoba combined come in at 57% supporting the registry.
The last figure may come as a surprise to Saskatchewan residents who were bombarded by media reports during the registry fight, suggesting that far in a majority of residents supported abolition. Even the CBC in Saskatchewan pandered to the abolitionists giving voice to every crazy in the province on Garth Materie's call-in show. I simply couldn’t listen to the rants and as a result have pretty much given up on CBC local radio.
Other interesting figures jump out of the survey;:
-  Conservative voters mirrored the Alberta results with 47% supporting the registry and    53% opposed.
-  Liberals  were at 78% support to  22% opposed.
-  Sixty sever percent of NDPers support the registry and 33% oppose.
-  Bloc Quebecois voters: 88 % support; 12 % oppose.
-  With the Green party, 68% support; 32% oppose.
The poll finds that 23% of Canadians say the results of the recent parliamentary tussle over Hoeppner's bill could have an impact on how they vote in the next election.
Let's bring on an election an toss those bums out.
Posted by .Gord Hunter at 10:43 No comments:

Shouldn't We Expect Something Close to the Truth

The question we should be asking ourselves as Canadians is,  when at least a couple of government minister, have been shown to consistently lie through their teeth, is that news?


To me, honesty in government is a  fundamental requirement, but to our media it doesn't seem to be very important news at all. Now to their credit, the news outlet with the most to lose by attacking government, the CBC, did uncover this story but so far at least I don't see any other outlet picking it up.


You will recall that Max Bernier - most of us remember Max, not because of his good work but because of his ex-girlfriend and the secret documents he left at her apartment - was quoted ad nausim that when he was Industry Minister he received thousands of e-mails every day complaining about the long form census. Now to me, that did sound a bit over the top, even for Max but, if you can't believe the Minister of the Crown, who can you believe after all?


Using access to information legislation the CBC uncovered an e-mail from a senior StatsCan official which said in response to a question about the number of e-mails recieved by government about the issue "We got the standard 20 to 30 a year."


These days of course,  the misguided charge is being led by Tony Clement - a minister I will freely admit I really don't like - who claims the government received far too many complaints from citizens who said the mandatory long-form census is intrusive and they don't want to feel forced to file. Clement feels that forcing Canadians to fill out the long form   under threat of jail and fines is “a terrible degradation of the social contract between the governors and the governed.” He too claims that scores and scores of Canadian citizens have contacted him about it. Again evidence uncovered suggests that Tony, not unlike many of Harpers gang of hooligans makes it up as he goes along.


Now I know that it is considered unparliamentary for one MP to call another MP a liar but should we not at the very lease expect the response from ministers to legitimate questions to least resemble the truth.