Here is an Idea For You Brad 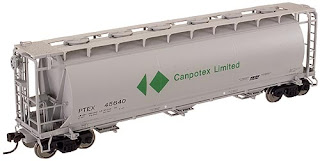 To be honest I don’t know who is right in this BHP/PCS/Brad Wall war of words over potash. But Brad says "No" and it seems that every day, the rhetoric gets a bit more strident and the stakes are cranked up one more notch.
The Saskatchewan Government has dispatched a  gaggle of ministers to Ottawa so they can work the back rooms and the corridors of power,  Brad Wall is travelling to Toronto to try and get Canadian business leaders on side and what a windfall in advertizing revenue it much be for the newspaper industry. Each day we are bombarded with new and increasingly strident, full page ads.
Not much seems to be working.  There are no signals out of Ottawa suggesting that anyone in Investment Canada is listening and despite Wall’s special relationship with the Conservatives it doesn’t look like they give much of a damn about what Brad wants.
The only Federal MP who has spoken out about the takeover is Ralph Goodale.
Let’s face it, this Stephen Harper government hasn’t ever given much thought to the needs of Saskatchewan’s government or its people, ever.  Why change now? Harper feels his 13 Saskatchewan MPs are on pretty solid ground.
So, I have a suggestion for the Premier. The next time you have the opportunity, make it very clear that if the Federal government approves the BHP deal, come the next Federal election, you will run Saskatchewan Party candidates in every Conservative riding in the province.
I assure you Mr. Premier , that will get Harper’s attention.  Saddled with 13 lightweight Saskatchewan MPs whose only selling point is the political parties they don’t belong to, Harper would have real difficulty holding on the any one of those seats.
Posted by .Gord Hunter at 11:14 No comments:

Stephen Harper Makes me Ashamed to be a Canadian 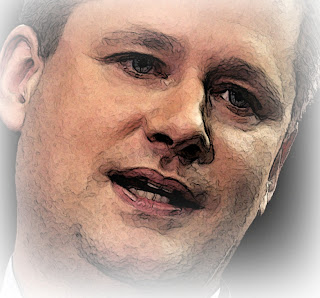 There is not a lot I can say about Omar Khadr I haven't already said in other posts. Besides I think I am just to angry to write much  about it right now.

Omar Khadr was born in Canada and he is a Canadian citizen.

He was 11 years old when his father, an alleged al-Qaeda financier, took him to Pakistan.

When he was 15 has tagged along with a small group of al-Qaeda fighters. The group got into a firefight with some Americans.

The Americans claim that, despite being seriously wounded, somehow Omar threw a grenade and an American was killed.

Omar was taken captive and tortured by the Americans.

He was locked up in Guantanamo Bay for 8 years.

Faced with a process, so unfair, that it would never be permitted in any civilized western country, including the USA he was left with little choice but to purger himself by pleading guilty,  in an effort to get a plea bargain deal which should allow him to return to Canada after a year.

He will be the only person found guilty of killing a U.S. soldier in Afghanistan where over 1,000 American soldier's have died since their invasion in 2001.

Omar was sent to trial this year, the only war crimes tribunal to prosecute someone for acts committed while they were a child since the second world war.
He is only western foreign national left in Guantanamo. Every other western country intervened on their citizen's behalf and lobbied for their release. Under the leadership of Stephen Harper our government has refused to do the same.
I have often been concerned about the actions of my government but the conduct of the Harper Conservatives in this matter is worse than I could have imagined possible. As Canadians we should be ashamed that we let this happen.
Posted by .Gord Hunter at 10:11 No comments: