The Weird and Wonderful Web 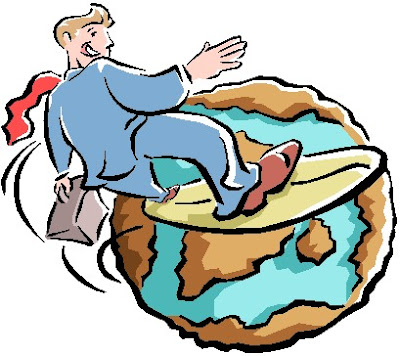 If you are an incorrigible web surfer like me you come across some weird and wonderful things out there. I thought I'd share a couple of things that I found kind of neat.

The first thing is a kinetic sculpture created for the BMW museum in Munich, Germany. It is quite fascinating. Follow this link and take a look.

The second is useless but interesting. A coke can that as you scroll, rolls across your screen. Check that one out here.
Posted by .Gord Hunter at 10:34 No comments: 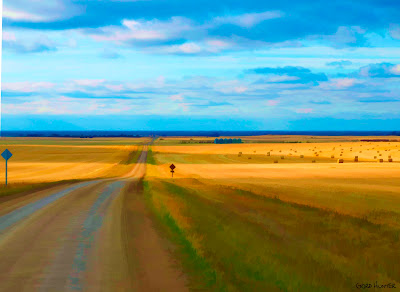 I have thousands of photographs some, I think anyway, are pretty good. I have been trying to figure out what to do with some of them. To that end I have been working with a Photoshop plug-in by Topaz Labs working to digitally manipulate a few of them.

I don't claim to know much about art but I know what I like and I do like some of these.

You can find them by clicking on this link which will brink you to my Flickr site. Let me know what you think.
Posted by .Gord Hunter at 12:47 No comments:

The Proof is in the Pudding

I am pleased to see Canada's robust involvement in relief efforts in Haiti although I was less than please to see that the first images we saw were of Canadian sailors marching in formation armed to the teeth. It all looked a bit too much like an American styled, might first, aid later approach for me.

All in all however it is good to see us step up to the plate.

However, as cynical as it sounds, I really believe Stephen Harper is riding the Haiti relief wave for all it is worth. With Parliament prorogued instead having of real discussion in Parliament about Canada's role in relief efforts he can grab all the glory himself without pesky questions from those bad opposition guys.

Never being one to miss a good photo-op he was front and centre at the gathering of foreign ministers from the so-called Friends of Haiti group in Montreal despite the fact that countries were meant to be represented by their foreign ministers, not heads of state.

Our Prime Minister has pledged a good deal of money to help rebuild the earthquake ravaged country making some wonder where this money is going to come from, and if the pledges can be depended on in the long term. The Harper government has a habit of announcing feel good projects two or three times then quietly canceling the programs on a busy Friday afternoon when no one is paying attention.

Harper is not alone in making feel good announcements then falling short in support for foreign aid programs. Successive Liberal and Conservative governments have failed to fulfill our commitment to allocating 0.7% of our Gross National Income to Official Development Assistance, in the form of international or foreign aid.

Over 30 years ago Canada signed an agreement to allocate 0.7% of its Gross National Income to international or foreign aid. At 0.35%, Canada is well below this average. During the last election, Harper promised to increase Canada's aid levels to reach 0.42%. The Prime Minister has yet to deliver on this promise. In 1995, Canada ranked 6th in the world in foreign aid donations as a percentage of GDI. Today Canada ranks 11th.

So, all these media releases might work to make the PM look good but, I wonder, will we deliver in the long term or should we expect yet another quiet Friday afternoon announcement? The proof will be in the pudding.
Posted by .Gord Hunter at 07:55 2 comments:

A Good Day I Think 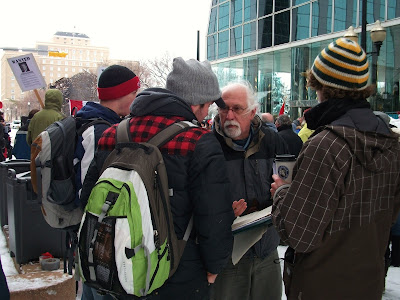 I thought yesterday was a good day. I figure 20,000 Canadians braving the winter weather to speak out against the proroguing of Parliament is pretty good too,

Here in Regina a couple of independent counts figure there were 300 people on the Scarth Street mall. We'd have gotten mre out of town protesters but the roads were pretty bad. Harper scoffs at the numbers but I wonder. If the shoe was on the other foot and I saw 230,000 people join on to a Facebook site in a couple of weeks and saw demos in over 50 communities across the country, I'd be worried.

I guess we'll see. Will the Olympics and the disaster in Haiti divert everyone's attention before these guys get back to work? I don't think so.
Posted by .Gord Hunter at 16:50 No comments: