Haven't we had Enough of Lisa Raitt

Lisa Raitt, one of Harper's toadies,  always has been a light weight, ready to abandon her historical roots to appease the business side of industrial relations.

Her record to date has put her in such a position that it has become impossible for her to act effectively as Labour Minister in the Harper Government. Always ready to shift the balance to business and screw labour's efforts to negotiate reasonable bargaining agreements, this week her actions took the cake.

As she hustled through the Toronto Airport, a few Air Canada employees, taunted her with a slow clap and by calling out "Good Job Lisa." You can hardly blame them. Lisa screwed the worker not much more that a week ago and they are pretty bitter.

What Lisa should have done was to simply walk on but, instead she called out for the RCMP to arrest the clappers. Air Canada then fired them and in doing so, caused a wildcat strike in Toronto, Montreal and Quebec City. It caused massive delays.

So who is to blame.

In my view, if we are making a list;
I think we are seeing the beginning of a major push back by labour. Canadian business and governments really didn't like the hard line labour took in the1980's. When labour began to work with business through interest based bargaining and taking concessions when times did get tough. .

Labour has been re-payed by business and governments by enabling the shifting of good Canadian jobs to the third world and collectively moving wages, benefits and pensions  ever closer to the lowest common denominator.

I am having a ball watching the NDP leadership race. 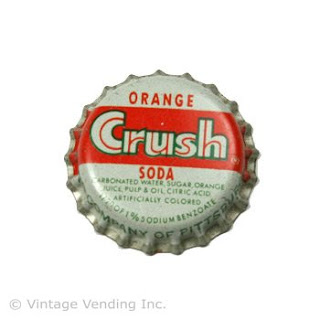 I have to amend my prediction that Thomas Mulcair will win by the second ballot. It may take three or four.

I think Topp is all but out but - I have been wrong before.

The kingmaker probably will be Cullen and I can imagine him going to Topp. Nash is an also ran at this point..

The most interesting thing was to listen to Conservative Cabinet Minister James Moore comment on the convention.

He said "Everyone would say Jack was a really nice guy. Everyone liked him but no one would say that about Mulcair."

That shown two things in my mind.


He also scoffed at Mulcair's 30% support on the first ballot forgetting that the Cons won a majority with not much more than that. Also forgetting that the NDP are tied with the Con Men for Canadians support this week.
Posted by .Gord Hunter at 11:25 No comments:

What Elizabeth May has to Say About Election Fraud

I don't very often re-post material from other people's blogs but I thought this posting from Elizabeth was a good read and asks some interesting questions about election fraud. You can read Elizabeth's blog regularly by going here


Election fraud: how many unsolved crimes are there and can Elections Canada get to the bottom of them? 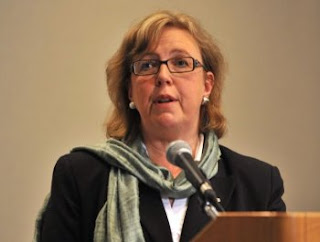 Lately, a lot of allegations have been made that there were election irregularities and some outright crimes committed in the 2011 election. What we do not know is who was responsible.

But we may be dealing with a serial offender, or offenders. When one thinks about the election skulduggery of the last six years, it is clear that Canada does a poor job of getting to the bottom of some serious crimes.

Here’s a short list of the ones that still bother me. They remain unsolved.
RCMP interference in the 2006 election. (Remember Zaccardelli issuing a press release about looking into NDP charges that the Liberals had leaked details about the income trust taxation issue? There was nothing to it, but it arguably changed the outcome of the election.) Issuing a press release in an election campaign was a violation of RCMP normal practice. Naming a Finance Minister in the release was unheard of. The Public Complaints Commission for the RCMP, under its director Paul Kennedy, tried to question former RCMP Commissioner Guiliano Zaccardelli. Zaccardelli refused to be questioned and Kennedy lacked subpoena powers. No one knows if there was any political involvement, inducement or pay-off involved. Zaccardelli is now a senior Interpol officer in Lyon, France.
How hard did the Conservatives try to bring down the Martin government in spring 2005? Did the effort include the offer of a million dollar life insurance policy to Chuck Cadman? It was alleged,there was a tape. What happened to the investigation? If it happened, it was illegal.
The Conservative campaign in the Nova Scotia riding of Cumberland-Colchester-Musquodoboit Valley in 2008. Courageous MP Bill Casey had been expelled from the Conservative caucus for voting against the 2008 budget which violated the contract with NS, known as the “Atlantic Accord.” In 2008, Casey ran as an Independent. The Conservative Candidate Joel Bernard left Stockwell Day’s office to challenge him. (In an interesting side-bar, the entire Conservative riding association insisted that Bill Casey was their candidate. The Conservative Party fired the whole of the local executive and appointed a secret group to chose their candidate.) Casey was re-elected handily. After the election, Casey learned that Bernard’s campaign had gone to the RCMP and alleged that Casey had embezzled funds from the Conservative riding association. There was no truth to such charges, but it also emerged that efforts had been made to peddle the story to the local media during the election. Media did not cover it because Casey’s reputation for integrity made it too implausible to treat seriously. But making unsubstantiated allegations and wasting RCMP resources were themselves possibly criminal acts.
In 2008, well-documented robocalls were made into the riding I now hold – Saanich-Gulf Islands. There are many details of this case in my previous blogs. It was clearly illegal. The automated calls claimed to be from the NDP and demonstrably were not. The home fax line of the NDP riding association president had been “spoofed.” (So that his number appeared to be the source of the calls.) Calls were made that urged citizens to vote for the NDP candidate who had withdrawn from the race. The robocalls may well have changed the outcome of the election. Yet, Elections Canada dropped the case and ruled no laws had been broken.
Were Larry Smith and Fabian Manning given any promises that if they left the Senate to run for a Commons seat in 2011, and were to lose, they would be re-appointed to the Senate? Both Conservative Senators vied for a seat, one in Montreal, the other in Newfoundland. Both lost and were re-appointed to the Senate within weeks of the May 2, 2011 election. Democracy Watch demanded an investigation as, if such a promise was made, it violated the Criminal Code.

Add these to the spate of calls in 2011 designed to misdirect voters to non-existent polling places, the allegations of a secret Conservative bank account in Vaughn. Add to that the legal, but unethical, use of “voter suppression” techniques – attack ads, writ periods at the legal minimum length, disgusting behaviour in the House of Commons – and you have a toxic recipe for poisoning democracy.

Canadians must not allow allegations of serious election crimes to be swept under the carpet once again. It may that the guilty party is a “win at all costs” attitude; an acceptance of the morally bankrupt idea that anything goes and the only sin is getting caught.

We need to know and we need to stop it.