What if we had a Prime Minister who cared

I have been thinking a lot about politics these days. We might just be moving into an election soon and all in all, it is pretty depressing.

As much as I dislike the Stephen Harper government I feel pretty secure that, as long as they stay as a minority, they cannot really make fundamental change to our country. They are moving in a direction I dislike and appealing to sensibilities I am uncomfortable with but, it is incremental and they can only go so far.

I think what bothers me though is what next? Would I be much happier with Michael Ignatieff. Truth be told I would probably feel a bit more comfortable but, some of my biggest battles over the decades have been against Liberals and Liberal policy.

And lets be honest. The NDP are not going to assume power. Why pretend? I Like a strong left leaning voice in Parliament but I am not sure that these days we even have that.


When it comes to elections the old saying, “Be careful what you wish for” always creeps out from the recesses of my mind.

Just imagine a Prime Minister with a real vision for Canada's role in the world.

So, what if our Prime Minister was a strong supporter of the peace movement?

Imagine a leader who re-established Canada’s role as a Peacekeeper instead of putting us on the front line of a shooting war. Working for peace doesn’t give you swagger but I’d trade a thoughtful, cerebral leader for one who likes playing dress-up with generals, in a heartbeat.

Lester Pearson won the Nobel Peace Prize six years before becoming Prime Minister for his key role in developing the predecessor to the United Nations peacekeepers of today which helped to resolve the Suez Crisis between Israel and Egypt while he was working as a diplomat.

It was a good start but we’ve moved out of that track these last few decades.

What if our Prime Minister was an environmentalist?

On both coasts we are pumping raw sewage into our oceans, most of our electricity comes from coal fired power plants, fertilizers and pesticides are poisoning our ground water, sour gas is poisoning cattle and people and the tar sands projects have made our environmental targets impossible to meet.

Instead we support with billions of dollars Canadian, climate change producing, "ethical oil". Oil that isn't produced by cruel tyrannical political regimes. But just the same we get oil produced by the same oil companies that do support those regimes, but we'll just ignore that for now.

Just imagine a Prime Minister who instead of considering global warming left wing propaganda was prepared to stand up and say, “Ok business, we have to find ways to produce clean energy.” Someone who will say, “Yes, it will cost money but, for our future generations it has to be done.” Someone who would be prepared to make Canada’s environmental standards the highest in the world.”

What if we had a Prime Minister who believed in and supported our arts and culture. Someone who saw culture as more than a political opportunity, a gala at which, to the media’s delight, he could play a few bar on the piano?

Imagine a leader who saw the value of investing our tax dollars to support our writers, our poets, our artists and musicians instead of hockey rinks and business, business and more business.

What if we had a Prime Minister who believed that Canada should be a world leader in education and research?

What if we had a Prime Minister who valued democracy, human rights and transparency.

What if our prime Minister actually believed in and supported out public broadcaster.

What if the leader really believed in healthcare.

I could go on and on.

Ok, what would it give us?

To start with it would raise Canada’s reputation internationally. It would begin to help us start to rebuild our values and it would make me proud to be a Canadian once again. It could make us a great country. A world leader.

So Stephen, Michael, Jack and Gilles - well I guess not so much Gilles – if you want my support, there it is in a nutshell.

The news out of Ottawa this week is that the Canadian Radio-Television and Telecommunications Commission (CRTC) is proposing a regulatory change that would give Canadian TV and radio stations what some are describing a  free reign to broadcast false and/or misleading news.

The regulations now prohibit broadcasters from putting any "false or misleading news” to air but apparently the commission thinks the ban is too onerous.
The new proposed regulations propose a ban on the broadcast of “any news that the licensee knows is false or misleading and that endangers or is likely to endanger the lives, health or safety of the public.”
That of course would make it perfectly acceptable for a broadcaster or a reporter to make up the news and to put that news to air with impunity. As long as no one's health and safety was endangered.
The CRTC quietly posted notice of the proposed change, which is slated to go into effect on Sept. 1, on its website last week. The commission has also limited the public's ability to respond to this proposed change. They will only be accepting comments from the public until Feb. 9.
You too can raise your objection to this very questionable decision at the CRTC Website. Scroll down until you get to 2011 - 14, The subject  is Call for comments on amendments to the Radio Regulations, 1986, Television Broadcasting Regulations,
I have lost count of how many CRTC hearings I have testified at over the years. I lost any faith I may have had in that bunch years ago.

I worked in television when the CRTC started to blur the lines between “news” and “public affairs” programming. As the definitions became more and more fuzzy, reporters and cameramen were assigned to an increasing number of what we used to call, “bobbing for apples” stories and away from the harder news which required extra time, cost a little more and for which some actual research might be required. Seasoned reporters found themselves working as purveyors of info-tainment instead of real news.
So, thanks to the CRTC, news today is less relevant that it once was and fewer reporters are out there working the beat. Now truth in news is going out the window. If you are looking for that elusive silver lining in this story, there may be more jobs for creative writers in broadcast news rooms in coming months. Researchers need not apply.
The timing of this decision, just a few months before a right wing Canadian  “FOX news style”  channel is preparing to go on the air is very interesting to say the least. This latest betrayal by the keepers of the “public airwaves” is probably the last nail in the coffin of broadcast news, such as it is.
Posted by .Gord Hunter at 08:53 1 comment: 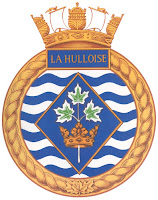