Stephen, Stephen, Using Tom. Have you lost your mind 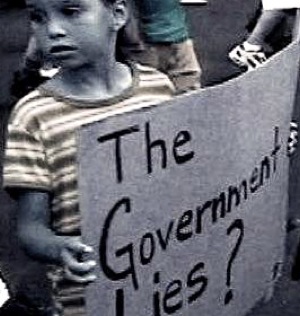 I always wonder why the "Harper Government" has such a tough time with truth. The term "The truth, the whole truth and nothing but the truth" seems like such a foreign concept when we are dealing with what these Conservatives did or didn't do, or what they might have done, or had a misterial aide do. It is all so confusing..

Most of us who are up and around and breathing have been following the famous "not" document. In December 2010 CIDA’s senior officials signed a memorandum recommending new funding for KAIROS before  someone overruled the recommendation by inserting the word "not"into the memorandum. Perhaps it was Bev Oda - she says not - or perhaps by someone else. Hard to tell actually. Speculation was/is that She thought long and hard, signed the document then Harper and his right wing buddies decided to trash KAIROS and something had to be done to over ride her approval. Who know what really happened.

House of Commons Speaker Peter Milliken concluded today that when reaponding to the matter, She mislead parliament. It is that pesky "whole truth" thing that catches them up.  Bev Oda breached Parliamentary rules. For all intents and purposes, he said Oda has been found in contempt of Parliament, a serious charge for any MP but particularly for a cabinet minister. It is too bad actually, I always thought Bev Oda was amound the best of a bad bunch.  In differant circumstances one might say"She was a good person but unfortunately she fell in with a bad crowd."

The "Harper Government" trundled out my MP Tom Lukiwski today,of all people, to try and explain the whole matter. Bad move Stephen Tom has no credibility, even down home on the farm. He did manage to get all the parliamentary reporters scratching their heads and twittering about it though.

Lukiwski said the document with the "not" inserted was meant only to communicate the minister’s decision. That it wasn’t intended to be made public - Well guaranteed he was telling the truth about that, They never wanted it public.

I think Little Stevie's "Harper Government" is trolling for an election. Trying to goad Iggy, Jack and Gilles to force one. Steve thinks Canadians don't care how dishonest his bunch are. He may be right.
Posted by .Gord Hunter at 17:54 No comments:

I got to Montreal in snow although it had pretty much quit by the time we went to bed.

We woke up to a full blown storm. 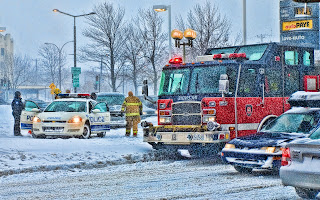 We slogged off into the snow to a small cafe for their $5.09 breakfast special. Two eggs, baked beans, bacon, toast and coffee. A good deal in anyone's books.

Our entertainment during breakfast was across the street. An immigrant driver - only someone from "away" would wear a hat like that - got stuck in the snow. He was a little panicked. We figure his pregnant wife was in labour.

A police car, then another turned up and one cop got behind the wheel of the stuck van while the others pushed the van out of the snow bank. Then a fire truck  arrived on the scene. Everyone helped the very pregnant woman into a police car and away they went to the hospital, lights flashing and it was back to breakfast for us.

Montreal got 15 cm of snow but Sherbrooke, where I am heading today got 70 cm. Now that is a snow fall.

They saw it will take ages to get things cleared up.
Posted by .Gord Hunter at 07:39 No comments: