Either get Involved or, Sit Down and Shut UP 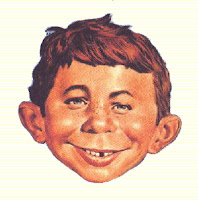 One thing we’d all probably agree on, whatever side of the political spectrum you sit on is that politics can be, and generally is a pretty frustrating process.
First, here in North America at least, we use a first past the post voting system that has its roots back in the 17th century.  The result is that generally, whatever party gets elected, a majority of the people voted against them. In fact in the last eighty years here in Canada we have only ever had four real majority governments. Couple that with the fact that only about 60% of those eligible even bother to cast a ballot and you have a system that is very broken.
People don’t vote because they feel disenfranchised, they have no voice and they don’t feel represented at any level of government.  For example, my city councillor is a real estate developer, my MLA is on the opposing side, facing a government that were quite miffed because the opposition would not agree to guarantee the passage of their bills within the time allotted and Federally my MP is a bigoted right winger whose political agenda is so far removed from mine that it would be a joke if it wasn’t so serious.
There is a democratic deficient. I have no voice.
Federally the Green Party got almost a million votes in the last election but have no representation in our House of Commons what so ever.
The New Democrats, under the leadership of Jack Layton and annoyed at Paul Martin’s minority Liberal Government brought the government down in 2006. The excuse was that they brought the government down because of corruption while the previous Liberal leader was in power.
What was Layton thinking? To listen to him during the campaign you would think that he thought he’d be the next Prime Minister.
What we got further to the right than most Canadians ever wanted to go.
Our current Prime Minister is a nerdy, mean spirited, control freak leading a pack of the religious right thrown together with some old style Conservatives.
What an odd bunch. Originally the Reform Party with Western roots, they were elected on a platform promising not to be like old style politicians. Preston Manning’s folksy down on the farm style appealed to the hate the Ottawa establishment crowd, particularly in Alberta.
Manning was replaced by Stockwell Day. A right wing evangelical who was a friend of hate monger Jim Keegstra. Stockwell believes that dinosaurs and men existed on the earth at the same time.
Harper, who is a bit brighter than Day, went to work for the National Citizens’ Coalition during this period. There he supported the concept of Alberta as a breakaway state and generally ranted and raved against Ottawa.
When Harper returned to politics, to his credit, he engineered a merger between the Progressives Conservatives and the Alliance which the Reform Party had now become.  Peter McKay who became leader of the PC Party by promising another leadership hopeful that he would never merge with the Alliance in return for his support, did just that, as soon as he took over.
In a rather ironic twist, the new merged political party dropped the “Progressive” from their name and just became the Conservatives.
It is no wonder that the average Canadian feel cynical about the process. How can anyone feel good about politics?
People have become disengaged which is a huge mistake.  Plato is purported to have said, "One of the penalties for refusing to participate in politics is that you end up being governed by your inferiors."
I hate to tell you but, it has already happened.
We are told that bolstered by events in the USA the religious right is feeling empowered.
The Liberals are in such  shambles that they are afraid to dump their second ineffective leader in a row because the leadership gene pool is so shallow they can't think of a replacement.
Jack Layton, stuck at 12% or so,  still thinks he just might get to be Prime Minister.
The Bloc is having fun sticking their nationalist stick in the government’s spokes.
So we have a choice. Sit back and let the crazies take over and complain about it or get active.
Either that or sit back and shut up and let them take over your country.  But don’t complain about it after the fact. You let it happen.
Posted by .Gord Hunter at 10:51 No comments: