In the spirit of full disclosure, let me say at the outset that Rex Murphy isn't my favorite commentator. I run hot and cold on the subject of Rex's work. He is a bit pompous for my taste and also a little too ready to support some of those who consistently get under my skin. I guess in that regard he is doing a good job.

However, I always thought consistency was an important trait in his line of work. This weekend in the Globe & Mail, Rex puts that proposition to the test.

On the one hand Rex, in his review of Ezra Levant's new book carried in the Globe And Mail this morning, puts Murphy solidly in Levant's court. Rex defends Levant's right to publish what he wants, to no matter how offensive it might be. In fact Rex quite warms to Levant. You get the sence that he comes away reading the book, quite liking him.

Let me say that I always felt that Levant had few redeeming features . I loathed his Western Standard Magazine but would have, as Rex does, supported his right to express the opinions he has and defend his right to write about them.

On the other hand Rex seems to support Jason Kenny's decision to ban British MP George Galloway from entering our country and speaking out against some of this government's foreign policies. He spend most of his article belittling Galloway, making him out as a buffoon and diminishing the very legitimate message he is bringing to North America during his speaking tour. Galloway might well be a bit over the top but, the Canadian Government's decision to refuse him entry makes it look like our Government's foreign policy is so flawed, so shoddy that it could not stand up to Galloway's criticism.

There seems to me to be a very large contradiction in the to offerings. Freedom of expression is freedom of expression no matter if you like those expressing the point of view, or not. I am sure Rex likes to be thought of as a as a thoughtful commentator. These two pieces don't do much to support that image.
Posted by .Gord Hunter at 12:05 No comments: 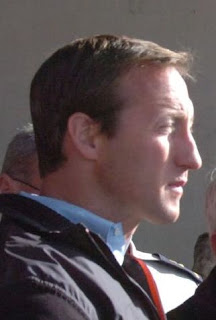 Evidently it was a surprise to the Harper government to hear that our good friends, the Americans, had decided to to back Danish Prime Minister Anders Fogh Rasmussen as the next head of the NATO.

Canada's Defense Minister Peter McKay was touted by much of Canada's media as the front runner for the job for the last few weeks. The Canadian government was lobbying hard to see McKay put into the job and felt assured that their "friends" would back young Peter.

Just perhaps, the other countries did a bit of a background check on young Peter and found his word is only as good as the next political opportunity. Hardly material for the international stage. Just ask David Orchard.
Posted by .Gord Hunter at 15:40 No comments:

Did you hear this Newfie Joke 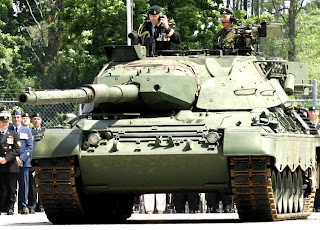 When he was in charge General Rick Hillier often spoke out about the budgetary needs of the Canadian Armed Forces. "I'm not ashamed to say we need money." He said told business leaders in 2006. So it was a bit of a surprise that those same Armed Forces spend over a quarter of a million dollars on a retirement send off for Rick Hillier last year.

He is seen here riding atop a tank which was shipped in specially for the occasion at a cost of $6.600. 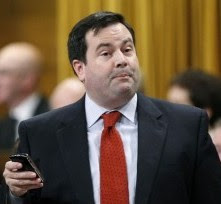 Jason Kenny, Canada's immigration minister is in the news again today. He is telling Canadians that his department is getting tough on Mexican, Haitian and Colombian illegal immigrants. He says that these illegals are abusing our generosity and that it is "...a violation of the integrity of our immigration system."

Well to be honest, that is when I started to laugh. CanWest News sunk to a whole new low using the words integrity, Immigration system, and Jason Kenny in the same paragraph. I don't know about your home town but there are not a lot of Haitian illegal immigrants here in Regina. Perhaps all these illegals are taking the good tables in the Calgary restaurants Kenny likes to frequent.

My guess is that he is trying to deflect people's attention away from his department's decision to refuse entry to British MP George Galloway. (see blog entry March 20) I don't know Jason but, you are going to have to do a bit better than that to distract me from that kind of stupidity. My guess that is was the best his flacks could come up with on short notice.

Jason Kenny has become a laughing stock, particularly on the web. I came across a blog today that dedicated this YouTube video to him, although I can't figure out the connection. If you haven't seen these two Chinese kids lip sync Jessica Simpson, it is worth checking it out. We all need a laugh at Kenny's expense
Posted by .Gord Hunter at 14:26 No comments:

You Must be Joking Mr. Elliott 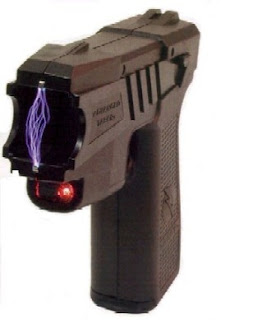 The Harper appointed RCMP Commissioner William Elliott asked us all a few days ago not to jump to conclusions about the actions of the officers the day Robert Dziekanski was tasered, and died. That is fair, and I like many Canadians have been trying to do just that.

What we have heard was that all four of the RCMP officers were afraid when Mr. Dziekanski grabbed the stapler. If that wasn't frightening enough, even worse, at least one of them testified that staples started coming out of that office implement of destruction.

I am not sure what happened in between the time that the four of them swaggered through the airport, loaded for bear, all decked out in bullet proof vests, batons, guns and tasers. There was so much testosterone in that group of four that I am sure if we looked at the video again, we'd see it dripping off them, onto the floor and leaving a trail behind them. So what happened between their arrival and the tasering that caused that sudden fear? Surly it would take more than one disoriented man with a stapler to signifigantly change the dynamics in the room.

So Mr. Elliott, I have thought about it. In fact I thought about it alot. I even went back and watched that awful video again but, to be honest, I still don't get it. Were they just lazy? Is it that it is just easier to taser someone than to try and talk someone down or, if things go wrong to try and wrestle someone to the ground, four on one?

We most likely won't ever know. To be frank, I don't have a great deal of faith in Government Inquiries so I don't have any hope that anything will come of it. Lets face it, there wouldn't even be an enquiry if the RCMP had their way. They assumed the "Deny, Deny, Deny" stance from the outset. If it wasn't for the fact that someone had a video camera and the foresight to record the actions of those officers that day, we probably would have forgotten poor Mr. Dziekanski by now.

So, I'm going to leave it to the court of public opinion to decide and frankly, I think the judge and jury within that process has already made a decision. Mr. Elliott's comments may play well within the RCMP but, to the Canadian public he just looks like another of Harper's hired fools.
Posted by .Gord Hunter at 09:21 No comments: