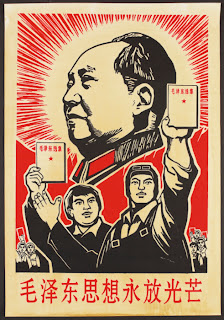 I sometimes wonder about my fellow Canadians. Remember when the rallying cry was to restrict foreign takeovers and to be once again the masters of our own resources; our own economy.

All that seems to have gone out the window. Sucked in to supporting globalization, many Canadians don’t seem to care any more and other Canadians have paid the price.

Remember Caterpillar and their shut down of Canadian operations in in a move which saw Canadian jobs moved to an American right to work state. To the government, the caterpillar employees were just another bunch of greedy workers. Steven Harper sure didn't give a damn. He saw Caterpillar as a corporate friend during the election and made much of giving them a significant tax break as a  handout.  What we saw was, Canadian workers,used as pawns in the race to the bottom.

I find it all a bit confusing.

In Alberta, particularly in Calgary, when the Canadian Government created Petro-Canada just so our country would be present in a small section of what was largely then an American dominated oil sector Calgarians refused to fill up at Petro-Canada gas stations claiming the company reflected the socialist bent of the Liberal Government. They hated PetroCan for what it was. They referred to the Petro-Canada head office as Red Square.

Now a Chinese company, wholly owned by the government in communist China wants to take over Nexxon. A company with its head office in Calgary and no one in Alberta seems to have a problem with it. No talk of socialism and no suggestion of boycotts, just a line up to cash in when the deal goes through.