She will be Missed 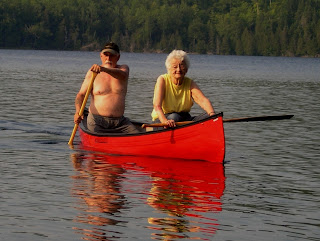 Gladys May Fraser was born on February 10, 1922, in Grand Mere, Quebec, She married Robert “Heap” Hunter, a soldier during the Second World War and in 1948, they bought a big old two-story house and moved across the St. Maurice River to St. Georges de Champlain.

In 1956 Gladys took a bold move for a woman of her time and moved her family from her hometown so that she could attend teachers college at MacDonald College on the west end of the Island of Montreal. They spent that year living in "the huts" on campus before taking up residence in Ste Anne de Bellevue.

Gladys loved kids and throughout her teaching career, focused on primary education. She taught at several West Island Schools including Christmas Park and Valois Park. She found her niche teaching kindergarten, which she did for many years, ending her career at Windermere School in Beaconsfield.

She was proud of her Scottish heritage, and her ancestors, Fraser Highlanders who fought at Louisburg and on the Plains of Abraham were given land grants and settled in Quebec.

Gladys' creative expression was achieved through her art. She took her first lessons in the mid 1950's from Canadian artist James Houston, who taught her how to paint with oils. She later switched to watercolours. Many of her friends and family proudly have her watercolours hanging predominantly on their walls.

She was also interested in outdoor activities, especially walking and cross-country skiing, and, even into her seventies, she set such a pace that her sons would have to struggle to keep up with her.

For several years, Gladys volunteered at the Morgan Arboretum on the West end of the Island of Montreal. She particularly loved hosting school groups when the sap was running, helping the kids sample their first taste of fresh maple syrup on the snow. She knew the Arboretum like the back of her hand and walked the pathways in summer and skied the trails in winter.


As an amateur naturalist, she was happiest at her small cabin on Lac des Monts, several kilometers into the woods from Nominingue. She called it Gal's Getaway, and it was her special spot, away from the hustle and bustle of everyday life.

She swam every morning and even as she got older. Much to the concern of family, she insisted that she swim across the lake at least once each year.

There were probably no happier times than when she took her distinctive red canoe for an evening paddle, watching the trout jump for flies and she was always delighted to hear the slap of a beaver's tail warning the others of her presence. Days ended on the front porch with a glass or two of wine, listening for the loons.

An active member of the Union Church in Ste Anne de Bellevue, for years she baked the bread used on communion Sundays. As an activist she worked with others within the church to encourage it to become an affirming congregation. She was proud when on April 28, 2002, Union Church became the first Affirming Congregation in Quebec; this means the church openly welcomes gay, lesbian, bisexual and transgendered persons.

Before going into care, she was a familiar figure on the streets in Ste Anne de Bellevue. She was a regular at TWIGS, stopping in for a cappuccino, a muffin and a chat with old friends.

Gladys is predeceased by her parents, Gordon and Gladys Fraser, brothers Jim and John and sister Betty and daughter Jean. Her Husband Heap died in 1969.

She is survived by sons Gord and Sandy and their partners Shelley and Barbara, grandchildren Morgan, Christopher and Sue and great grandchildren Talya and Isabeau, as well as her sister Brenda.
Gladys passed away peacefully, in her sleep, early Tuesday morning, May 7th 2013 at Centre d'hébergement Louis-Riel in Montreal.

She will be missed.