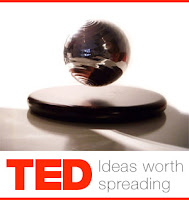 I may not be posting as much as usual these next couple of weeks so I thought I needed something here that would last until I had the chance to get back at it.
I wan't sure what.
Then my friend Craiger sent me a link.
Instead me struggling to find new things for the blog, what better than to help you learn how art can change the world.
Posted by .Gord Hunter at 15:48 1 comment:

Not a Bad Idea 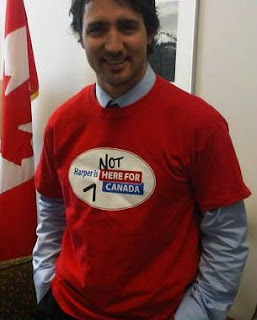 Justin Trudeau unveils a new t-shirt which will have little Stevie's knickers in a knot.

Just a bit of fashion advice Justin. When you were a t-shirt with a dress shirt it makes you look like a bit of a geek.

Other than that I love the shirt
Posted by .Gord Hunter at 13:15 No comments: 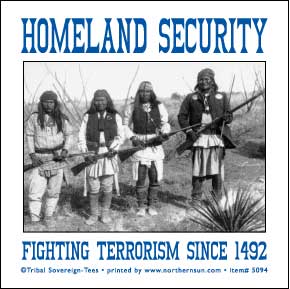 I notice the somewhat Bizarre dance ritual  around what legislation to support and what to give a pass to continues in the House of Commons.

The Liberals and the Bloc got together to support a bill put forward by Conservative House Leader John Baird which would force airlines to provide passenger information to the United States when a Canadian aircraft passes over American airspace, even if there is no intention to land. The NDP voted  against the bill.

So, when it passes through the senate, where there is no chance of it being defeated, and becomes law, passenger manifests will have to be provided to the US 72 hours before departure.

Canadians will be subject to American law on their own national airline even if they never set foot on American soil. On a majority of flights leaving Vancouver for Toronto, for example, that private info will have to be handed over so American Homeland Security authorities can cross check it against their notorious no-fly list. Most of those flights travel through US airspace on the way east.

When the bill was introduced the Liberals whose turn it must have been to keep the government in power said what the bill was first introduced, "Canadian Sovereignty has gone right out the window." I wonder what happened to that principled position.

I am baffled at how this country's move to provide some minor military support around the Libya is being characterized in the media as "Canada's substantial military role." Canada is sending one frigate to the Med, HMCS Charlottetown, and already has a couple of Air Force transport planes in the area.

Don't get me wrong. Anyone who has read my navy blog knows I am not anti navy. I just think the media exaggerates. As I understand the role, it is mainly to assist in the evacuation of Canadian nationals and the citizens of other friendly nations. What ever happens, it is unlikely to turn into a shooting navel war.

True, Libya does have a Navy. Established in1962, it is a fairly typical small navy with a few missile frigates, corvettes and patrol boats to defend the coastline, but with a very limited self-defence capability.
The Canadian government have not actually given the expat community much to feel secure about lately. With cutbacks to our embassies abroad desperate Canadians concerned about their safety have had to cope with over loaded switchboards and answering machines lately so, kudos to the government for stepping up.
So Canada is are going to be a player as this North African drama unfolds.   A small player is what we should be. Let's keep it that way. There are plenty of other friendly nations much more geographically capable to help out than we are.
And, if nothing else, it is a crafty political move for Harper to engage in this conflict. It will deflect from all those pesky questions about election fraud, Bev Oda, political interference in funding NGOs, appointing unqualified friends to the CRTC, gun control, paying for the tough on crime agenda, and on and on.
Posted by .Gord Hunter at 09:36 No comments:

Saskatchewan Business Can't Think Their way into the Boom Box

OK its official the whole Regina new stadium idea is dead. Oh sorry, The new Multi Purpose Entertainment Centre is dead. Or as Mayor Pat in his new persona as a caring municipal leader might say "The opportunity for North Central Regina urban renewal is dead."

No matter how you cut it, no new stadium.

Now those of you who read this blog probably already know that I won't be shedding a tear as the final nail is driven into the stadium coffin. I always wondered why since neither Calgary, Edmonton or Winnipeg have domed stadiums, Regina thought that we were entitled to one. Those cities are much bigger and just as cold yet, they seem to cope.

Blame the feds. Blame the Feds. They didn't come through with the needed $100 million needed to jump start the idea. People are so pissed that my MP Tom Lukiwski will probably lose his seat next election over his lack of support for local projects. Boy, now there is a silver lining if I ever saw one.

What I do find interesting through all this is the fact that with no Federal funding and no NHL team promise Quebec City is going ahead with their new big $400 million arena. In that city the private sector ponyed up.

Here in Saskatchewan with the arguably the most financially successful team in the Canadian Football League and a fan base that can be depended on win or lose, there was no sign of that private sector cash.

In my opinion that can mean one of two things;

Sorry for my lack of posts on this blog lately. I have been working on  a couple of my other eight blogs. That is right, I have nine in total. Excessive? Probably.

A couple of things caught my eye in the paper this morning however.

There was a great letter to the editor in the G & M this morning from a B.R. Cook. He wrote:

There hasn't been much about the Wisconsin protests outside the CBC these last couple of weeks. On the "Q" media panel Margaret Wente did agree with Judy Rebbick that it was a big and important story that got very little ink here in Canada. I was surprised therefore that she seems to have missed the point in todays opinion piece.

I find it odd that the public servants are being blamed for the Wisconsin State  bankruptcy. Once again legislators and commentators are trying to make it out to be a private sector vs public sector battle - big fat cat government workers vs the poor downtrodden masses working in private industry.

The American economy is collapsing as a result of private sector greed and corruption and very shoddy banking practices, not because of public servants.

Notwithstanding that. it is the public sector that now has to cough up and save the economic asses of the government leaders who were the regulatory overseers during the private sector excesses.

The interesting thing is that they are willing to do just that. They have already accepted wage rollbacks and  have taken on much of the burden of paying for health benefits. They still want to get back to the bargaining table to see what else can be worked out.

What few, including Wente, seem to grasp is that what really has the American trade union movement steamed, is the attack on the union's themselves.  It is the legislation which would;


This is all about good old right-wing union busting.

Should Canadians be interested? Of course we should. You have to believe that Chambers of Commerce, Independent Business lobby groups and Conservative governments here north of the border are watching events unfold very closely. Union busting is their favorite sport.
Posted by .Gord Hunter at 08:36 No comments: