For a Change of Pace 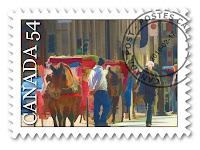 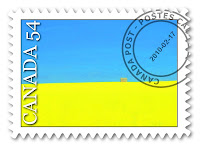 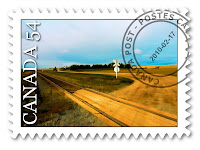 Tempted as I am to grouse on about the Olympics I thought no one really has to read what I think about them so, why join the chorus.

So, for a change of pace, I wondered what it would be like to see some of my photographs on Canadian stamps. This is as close as I am going to see it actually happening. 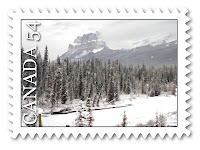 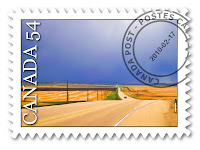 Flaherty Move to Protect Banks from Themselves 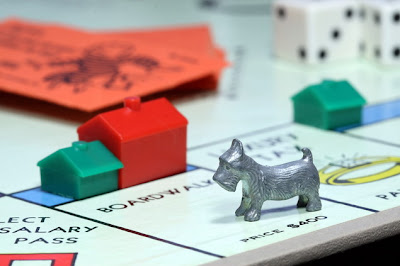 I find it interesting that the Finance Minister Jim Flaherty has moved in to restrict Canadians' access to mortgages.

It is a move that I support by the way but, what I do find odd about all this, is that this is a strange move by a government which embraces the deregulation philosophy universally loved by big business and right wing governments. They favour a self regulated business community unencumbered by government rules of conduct. For these guys, even after the economic meltdown that has cost average Canadians so dearly, believe that business knows best.

So what is going on? So why has this government that loathes regulation, moved put in place rules which will restrict the banks' ability to lend Canadians' money?

Simple. Because the banks asked them to.

So, are the money lenders now saying what is they need are regulations to protect the industry from itself. The banks have always the ability to put into place what ever rules they think are prudent. No one can make them lend money to people they might think are a bad risk or who might be taking on too much debt.

But now, seeing the probability that interest rates are going to rise - something all of us who had mortgages during the interest rate spike in the 80's remember well - the banks don't want to take the heat when people who have been encouraged to buy homes for $500,000, $750,000 or $1,000,000 can't pay the extra costs of refinancing. Now banks can say, "We love to help you out but it isn't us. We are restricted by the rules put in place by the government."

So, despite what the finance minister said, this is not something that comes after "consultations with Canadians", it is something the banks asked for, and got. It protects banks from their more aggressive competitors.

It really makes you wonder where Flaherty was when people wanted tighter regulation put into place after those who control pension funds left thousands of Canadians with their dreams of a financially stable retirement in tatters.
Posted by .Gord Hunter at 09:54 No comments: