Conrad Back to Court 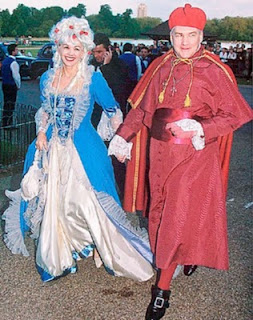 It sounds like the print media are preparing to waste hundreds of gallons of ink once again writing about that old convict and rascal Conrad Black.

It seems that an unrelated court ruling in the USA has opened a door to allow him to once again try to appeal, at least a part of his conviction. He is back into the same Chicago court that has twice denied his attempts to appeal in the past. At least he will be spending his own money for a change.

Sucessful or not, I hope that as a convict he is denied entry to Canada. He has done enough harm here already.
Posted by .Gord Hunter at 11:06 No comments:

The Start of the Korean War 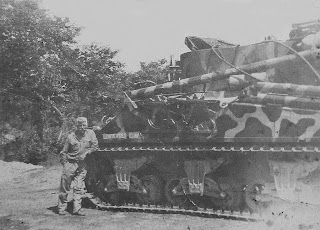 Today is the anniversary of the start of the Korean war.

Backed by the USSR and China the North overpower the south and had moved as far as Soeul and beyond by the time the Americans and Commonwealth countries got involved. Canada sent over 26,000 troups and 1,557 of them were killed.

For some reason, in Canada no one really talks much about the Korean War and what ever lessons might have been learned there.

The only reason I remember, I am sure, is that around that time my father was a Sergeant in the army and was a tank mechanic. I was about seven when he shipped out.

I don't remember much about it to be honest except that;
So, making no attempt to glorify our role in Korea, we should at the very least remember it.
Posted by .Gord Hunter at 10:44 No comments: 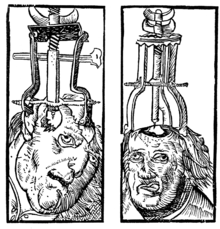 I have been neglecting this blog for a few days with family visits and the fact that I had to sit as a panel member to hear an arbitration case this week. But I'm back.


I love the names brew pubs come up with to name their beer. My favorite brew pub Bushwakker's has, Slough Shark, Sodbuster Brown Ale and my favorite, Mother-in-Law, a blend of stout and bitter.

Earlier this spring they started carrying Trephination Double IPA again, I remember having a conversation about where the name might come from. No one seemed to know. So I looked it up.

The word trephination means an opening made by a circular saw. The word is mainly used to describe an operation which involved removing a piece of the skull  from a living patient to expose the  tough fibrous membrane forming the outer envelope of the brain.

Generally, it is surmised that, on the living, it was performed to provide for the escape or entrance of spirits.

The practice pretty much disappeared in modern times but sometime in the early '70s (he doesn't remember exactly when), a jeweler from Pennsylvania by the name of Peter Halvorson  secured a power drill to his bathroom ceiling and proceeded to perforate his skull. He reported that it took several drill bits. They kept getting clogged with blood and bone. Halvorson stopped when he felt the drill give way and penetrate into the cranial cavity.  No report as to why he did it.

I wonder if we really should be drinking this stuff.