I was reading my favorite television commentator John Doyle in the Globe & Mail this morning. Even if I seldom watch the tube I like his writing style and sense of humor.  Commenting on how badly the television industry deals with the Wikileaks stories Doyle said "A reason that TV news mishandles it is that the documents unleashed by Wikileaks undermines the blithe acceptance of official spin that emanates from governments which TV news specializes in regurgitating."


I thought, "Well said John" then moved on to sift the rest of the mornings offering. I was looking for the G&M's take on the Ontario ombudsman, Andre Marin's report on the conduct of the police during the G20. The story had been covered fairly widely and I wanted to read the Globe's take on it.


Some distance from keeping the peace  Marin said the Public Works Act “wound up contributing to massive violations of civil rights.”

He came to the conclusion that the law  used to expand police powers to detain and search demonstrators was “unnecessary and probably illegal,” and “likely unconstitutional”.  It found it was  misused “to intimidate and arrest people who had done no harm” and resulted in a “mass violation of civil rights.” The political and security measures turned Toronto into an armed camp where excessive force was used to disperse peaceful protesters and wrongly arrest more than 900 people.
In my view any Canadian who watched the coverage of last summer's event should have been disturbed by the actions of police. What it showed us all is what a fragile hold we all have on the civil liberties we take for granted.
The mainstream media didn't take too long to fall into line in buying into the official line about keeping order and about the mobs of armed black block protesters. What disturbed me however was the high school kids, parents with kids and grandmothers out walking their dog who were chased by, out of control,  baton wielding thugs in uniform.
Even the Times of India picked the story up. They reported that “Canadian authorities have been slammed for using a secret regulation that "amounted to martial law" to detain protesters at the June G20 meeting. “ and that “The secret regulation to detain protesters at the June G20 meeting in Toronto had "dubious legality" and probably violated the Canadian Constitution by creating "extravagant police authority,"

The Globe & Mail, I am disappointed to say, didn't carry the ombudsman's story at all, at least not in the edition I get delivered to my home each morning. So John, I am afraid it isn't only TV news that falls short. Have a chat with your buddies down the hall, will you John.
Posted by .Gord Hunter at 08:39 No comments:

I never bought it, but it seems pretty clear that a majority of the Saskatchewan voters believe the Saskatchewan party line that the province is in a boom. I was told the other day that Saskatchewan has the highest debt to income ratio in Canada. I wasn't surprised. Brad says we are in a boom. Things are good. Buy buy buy.

Then the Visa statement comes in the mail.

Domed Stadium
I'd say it has become pretty clear. Regina won't be seeing a new stadium for a while and certainly not a domed stadium.

Now, if the Riders had won the Grey Cup, Brad in his enthusiasm might have...but I digress.

The Regina Definition of a Booming Downtown.
They might be erecting a crane downtown sometime soon to start a new building. They closed the Plains Hotel months and months ago saying they were going to build a new hotel, office condo tower. Isn't it about time to start at the very least digging a hole in the ground.

This year they have embarked on a campaign to guilt homeowners into clearing their sidewalks. Not a bad idea actually. In my neighborhood an army of old retired guys get out their snow blowers and do the job but, all the while, the city ignores the snow banks their own plows have piled onto sidewalks along the parks and other city property.

Our Messed up Electoral System
The Globe & Mail tells me that the Harperites are headed for a majority government because they have just passed 38.1% in the polls. How screwed up is that?

Any system that would give a majority to a government that can garner 38% is seriously ill. What is perhaps even sicker is that none of the political parties will make this fact a major issue. They all are dreaming of the day they can dupe the public using the same broken system to give then the advantage.

Who the Hell Wanted us There in the First Place?
As much as Stephen Harper, bolstered by the Liberals wants Canada to have a continued presence in Afghanistan, almost 60% of Afghans and most Canadians want foreign troops either out right now, or very soon. Imagine if all that money could have gone into healthcare or education.

What idiot Canadian politician thought it was a good idea for us to go into to that country in the first place?
Posted by .Gord Hunter at 08:40 No comments:

Let me be up-front. I am a card carrying member of the New Democratic Party and have been for some time.  That doesn't mean I am very happy about that party's performance.  I still be support them but some times I think it is becoming tougher and tougher to be a New Democrat as each day passes.
Jack Layton is well beyond his best before date, the Manitoba New Democrats have slipped to 34% and the NDP in British Columbia are self destructing.
Here in Saskatchewan despite the fact that the  Saskatchewan Party is basically a one man show leading a group so bush league that most of them would not be capable doing the job as a village alderman, the NDP trail badly in the polls and will be lucky to hold on the the seats they have in the next election.
When Lorne Calvert left politics it was time for the New Democrats to rebuild. Renewal should have been the catch phrase on everyone's lips. When a leadership race was held there were choices which would have given us just that but the tired old party decided  instead to pick a leader from the past. We picked Dwain Lingenfelter.
I came to Saskatchewan not long before Lingenfelter left politics to work as an executive in the energy industry in Calgary so I don't know him well but from what I gather, he was touted to be Roy Romanow's successor but instead, he decided to seek his fame and fortune in Alberta. An odd decision for a New Democrat but a good fit for Dwain.
He wasn't my choice but he did win the race and I respect the process so I figured, what the hell Link, show us how it is done.
He hasn't. His leadership is such a liability that a new NDP candidate in the next election told me, "We'll never will another election here in Saskatchewan until we get rid of that bloody Lingenfelter" (I actually cleaned up the language quite a bit)
So, the NDP in Saskatchewan have a couple of choices. Dwain could resign today and the party could begin to rebuild now, bringing in new blood or, we could get trounced in the next election and then he could get forced out in a leadership review.
Don't get me wrong, there are some very good bright, young faces on the New Democrat side of the legislature and I am encouraged by some of the young, smart candidates running in the next election but unless some of the old guard move over, we are hooped.
The new face of the party are MLAs like Trent Wotherspoon, Warren McCall, Cam Broten, Danielle Chartier and Darcy Furber. Candidates like Yens Pederson, Jaime Garcia and Heather McIntyre. Guys like Ryan Meili.
My view is the best decision would be to start right now. Have Link step down, put in the Deputy Leader Kevin Yates in as a place holder, elect a new leader, take your lumps in the next election and get on with the rebuilding process.
Any bets on what we actually do?

Isn't it About Time 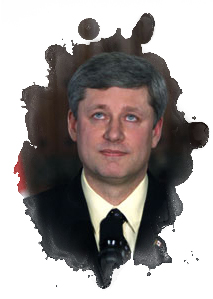 I sometimes wonder at what the opposition parties think they are doing in Ottawa.  They don't walk the walk and it seems that these days they hardly even talk the talk.
Here we are Federally, being governed by a right wing political despot with a minority government that very few people would be willing to admit that they support yet in any way yet, the opposition parties are dropping the ball and not surprisingly, trail in the polls.
We do have alternatives, the opposition parties could, very easily get together in some kind of coalition, they do after all collectively represent a strong majority of Canadians. It isn't likely to happen however, political hubris would prevent that before and discussion even gets off the ground.
Here is an idea. They could show some leadership.
The conservatives are laughing.
So, we march on, the Liberals talking tough, then embarrassing themselves by supporting the government or, the Bloc quietly making side deals that serve Quebec and the NDP braying impotently from the sidelines.
Time after time the gang of bullies Harper calls a government abuse the system they are bound to uphold and time after time the opposition drop the ball.
It is more than a bit disheartening.
So my challenge to our political opposition is this. Take a good long break over Christmas and think about where this country is going. If this government is in power much longer then Tough on Crime - soft environment will seem like the norm. We'll see more thugs like Julian Fantino get elected. We'll be tearing each other apart over gun control again. We will hardly recognize our country.
So, listen up Iggy and Jack. There is no room for Tea Partiers here but what might work is the good old coffee klatch. So, no more staged breakfast meet and greets filled the party faithful. Get off your rear ends and get out there and do your work one voter at a time. Get out and meet voters in the malls and on the street. Sure you get knocked around a bit but...but after all, you deserve it. You might just learn a thing or two.
We don't need any more old party rhetoric. How hard can it be debunking the Harper political agenda?
Most of all, let us help you throw these bums out of office. If you can't or won't, then move over and let someone else who has got enough fibre to do it for you.
Posted by .Gord Hunter at 07:56 No comments: