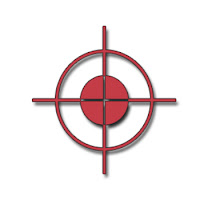 I don't want to get pulled too far into the Sarah Palin website controversy and her response to the criticism of her but I thought Michael Moore put it well when he said:

If a Detroit Muslim put a map on the web with crosshairs on 20 politicians, then one of them got shot, where would he be sitting right now?
Just asking.
Posted by .Gord Hunter at 10:38 No comments:

Saskaboom not Quite What Some Claim

Living here in Saskatchewan I am getting more than a bit tired of all the talk about the economic boom we are living through. I lived in Calgary during the booming early 80's and believe me, the Saskaboom is quite different.
By anyone’s terms, Saskatchewan is still small potatoes compared to the big boys.
Sure we have lots of oil and gas, our own, yet to be developed, tar sands, potash, uranium and of course diamonds. And, if agriculture was as bad as the farmers would like us to think, no one would be still in the game. So, according to the government and the newspapers things are really cooking but, truth be known, it is bubbling away  in a pretty small pot.
Things may be percolating over at WalMart but I still can't get an Ikea Stornas/Henriksdal dining room set without driving to Calgary. Boom or not, Saskatchewan is too small for Ikea to even think about opening up an outlet.
This week, in the midst of our so called boom,  Standard & Poors downgraded their outlook on the City of Regina from stable to negative. I don't know a hell of a lot about the language used by financial ratings organizations but even "stable" doesn't sound very good to me. To me "stable is not all that many steps away from "on life support", but what do I know.
Regina’s Mayor, Pat Fiacio got elected on a cut spending/no new taxes campaign and true to form he tried to beat up the city's workers and held the line on taxes. He and his pro-development council have approved ugly and sprawling new housing developments and shopping centres but have done very little to maintain what we already have. Roads are so badly made it is like riding a roller coaster just driving to work, we  still don't have curbside recycling, residents complain that street lights take months to be replaces after they burn our and the snow removal is so spotty residents living off bus routes have to hire contractors to clear snow from their street.
Now the city faces a deficit of $238,000,000 to the Civic Employees Superannuation and Benefit Plan and there is a infrastructure debt of almost $1.5 billion in the 10 year capital plan.
Lets bring back a much needed small dose of reality to all this. I heart Regina too Pat but, in my books, you are all booster, no boom.
Posted by .Gord Hunter at 09:32 1 comment: 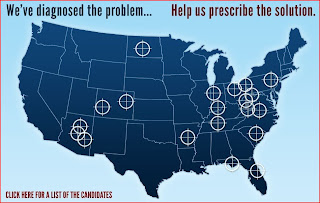 I know there are differing opinions about this but in my mind, the blame for the tragedy in Arizona which killed several people and severely injured Gabrielle Giffords sits directly at the feet of those who have ramp up the rhetoric about the political differences between left and right or, what is the US is really between the middle and the right. I don’t really think any self respecting left-winger could actually get elected in that country.
Has political rhetoric gone too far? As Sarah Palin might say if she was a thinking person, “You betcha.” But of course Sarah is all about being cranky and plays a larger than life role as a right-wing cheerleader. You probably know this already but her website, until a very short time ago had a map of the USA posted there with gun sight images over states that she suggested should be targeted by Republicans. One of those “targeted” was Ms. Giffords.
I am not suggesting for a moment that Ms. Palin was suggesting that the Democrat be “targeted” in the manner she was but the imaginary is chilling.
Could we end up in the same place here in Canada?
There is a difference but in recent years the rhetoric from the Harper camp, and others, has been building exponentially. Most of us are disgusted by it but a cross section of the population buys in.
Generally, Canadians don’t think it is acceptable to carry around concealed weapons or to have the unfettered right to purchase handguns but, if you took the time to scratched a little bit below the surface during the Gun Registry debate, like me, you would have been shocked.   You don’t have to take my word for it. Try a few web searches. There are some real crazies here too.
So, let’s take a deep breath and let’s hope our American friends do the same. Time to chill a bit.
Posted by .Gord Hunter at 09:36 No comments:

What a Way to Spend a Saturday Night 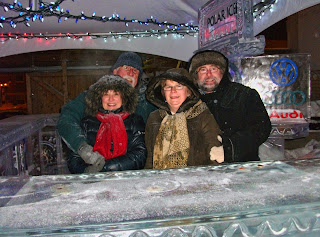 This all seemed like a good idea when we ran into Will Chabun from the Leader Post at the Fieldhouse at some point before Christmas and he told us he was planning to spend an evening working at the Bodega's Ice Bar. "Its for a good cause" he said. "It is a fund raiser and all proceeds go to Transition House."


Eric thought, "You know, our Friday Night Floor Hockey team could do that" and before we could say "Vanilla vodka" we were committed.


So, we dropped in for a drink. We got tips from Will about how to dress for an evening outside, tending a bar made completely of ice. We stood chatting around the fire and Will  Chabun got a column out of it.


The Ice Bar was built by Peter Fogerty and sits inside the courtyard at La Bodega, probably my favorite Regina restaurants. La Bodega's owner, Adam Sperling has the ice bar built every winter and all the money raised from the bar goes to Transition House, which provides safe refuge for women and children affected by violence. It has been the ice bar's charity of choice for the fourth straight year


In advance of all this we dug up all our warmest clothes and we monitored the extended forecast  day by day and things looked good - warming up - perhaps some light flurries - light wind - then, just our luck, Saturday arrived along with snow, strong winds and minus 15 with a wind chill that brought it below - 25. In a word "cold."


Yvette did the first shift, Eric and Donna were there all evening and Shelley and I worked from 8:00 to Midnight. No doubt about it it, there was a chill in the air but, we had a lot of fun.

Friends dropped by, Anne and Dave brought cookies, customers dropped in telling us they come every year because it is so much fun and one women came to have her picture taken at the bar because she was flying to Mexico the next day and wanted to show everyone around the pool how we do it in Canada.


At some point a limo pulled up and 16 young women in high heels  and higher spirits swooped into the bar for a shot of vodka - we obviously were't their first stop. They were all in short sleeve tops, no coats and having a ball. Eighty dollars later out they went, whooping and hollering, back to the limo and on to the next bar.


By the time midnight rolled around we were pretty damn cold but as we warmed up in the restaurant we felt pretty good about the fact that we'd raised over $700.


Just as the feeling was starting to come back to my toes Eric said, "You know, maybe we should do this again in February."  I must have been in shock from the hyporthermia because before I could stop myself I answered, "Sure Eric, lets."


If you can't make it to the ice bar this winter but still want to support Transition House you can donate on line through their website.
Posted by .Gord Hunter at 12:34 No comments: