Is This About Finding the Truth? I Think Not. 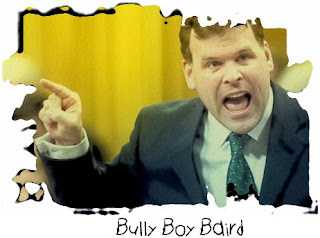 Ottawa is a very odd place or, perhaps what we see of it is odd. I'm not sure which. As citizans, what we do see of the process of governing this nation is pretty messy.

Those people who claim to be championing our causes in Parliament would have us believe that we just don't see the real workings of government which mostly goes on behind closed doors. What we see, they tell us, is just the show.

The latest bit of theatre that caught my attention is brought about by Harper’s new  rules that Parliamentary committees cannot call Ministerial Assistants to testify. Oh, I guess they can call them but, they are not allowed to appear.

Instead they send over their employers, mainly cabinet ministers, intent to bullying the committee members who are trying to get answers to issues that should concern us as Canadians.

The latest spat is around the committee trying to find out what was behind something that has aleady been put to the committee in evidence. Rahim Jaffer apparently approached officials at least seven federal agencies last year on behalf of companies he had some relationship with. It is reported that Jaffer spoke with political aides who in turn spoke to officials about speeding up the process.

It makes one ask, since Jaffer didn't speak with the ministers themselves, or at least as far as we know so far,  who would be able to bring more clarity to the issue than the ministerial assistants who were actually involved in the exchanges?

Now, to be honest, I don't think that Jaffer was doing anything that any other defeated MP might do. He was trying to make a few bucks by using his old political buddies. Calling in a few chips if you will. It might not be legitimate under the rules of engagement but I personally think they'd all do it given the opportunity.

What the Harper government is doing with the investigative process however, stinks to high heaven. We know that anything he does at this point isn't to protect his old buddy Rahim. Harper has already written him off and thrown his wife Helena under a bus. So what's up?

I think that what Harper is afraid of is, that ministerial assistants might just be tempted to tell the truth. Something he isn't as concerned about when he sends over the odd cabinet minister. They have been trained. That is why the Bloc tried yesterday to get Transport Minister John Baird to swear on the bible. Baird, is a card carrying member of Harper's Christian right. The theory is,  if those guys swear on the bible there is at least an outside chance they might actually tell the truth.

Baird however didn't really attend the meeting with any intention of answering questions however. His role was to disrupt proceedings.

He wrote to the committee saying that he wanted to appear as a witness, and then he got into a procedural wrangle with the chair of the committee when he was treated as a witness. He said he was there as a Member of Parliament. He shouted, (the CBC said he "bellowed") over the chair and completely disrupted the procedure. In the two hours set aside for the committee hearings there were only 10 minutes of actually questioning,

I am sure Stevie's Storm Troopers all had a good chuckle about all this around the caucus table but for me it is just another example of why these guys have to go. Come on you guys in opposition. It is time to bring this government down.

It is time to  reclaim Parliament. It isn't meant to be Stephen Harper's private club.