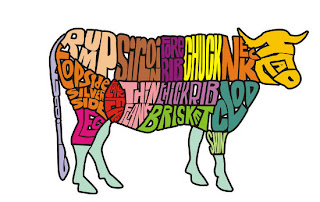 Gerry Ritz is predictable in nothing else. Known for making it up as he goes along and never accepting responsibility for anything unless it makes him look good, has done it again.

The Regina Leader Post reports the former ostrich farmer turned Agriculture Minister who, should by rights have resigned over the XL Foods tainted meat scandal, is now blaming the Federal inspectors at XL for being "too nice" Not tough enough?

No mention from Gerry that, under his watch, the number of inspector on the floor in meat packing plants was substantially cut. The message from the Harper Conservatives has always been clear, "Things work better when industry polices itself."  Under the guise of "cutting red tape" these guys put Canadians at risk daily.

Who has the guts or the time to be "tough enough" under Gerry's watch. Conscientious inspectors very likely would be accused with threatening meat packers' profits.

So no word that Gerry Ritz has learned any lessons from all this;
Get used to it folks. There are years to go before we gt another kick at the cat.