How the Government is Screwing Canadian Workers 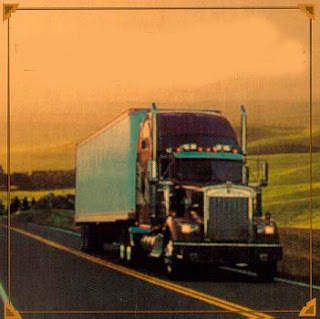 Well. It is hard believe to what lengths Harper and his gang of thugs will go, to screw Canadian workers all in the name of the economy.

This time the Government has bent to pressure from the industry - again - and made it easier to bring in foreign workers into Canada. The waiting time will be shorter and employers will be able to exploit incoming workers further by paying them 15% lower than the average wage for the job into which they are hired, in the area.

This is a great deal for business but the effect is, that it keeps wages down for Canadians. I don't claim to know how it works across the board  but I know more about how the influx of foreign workers has effected the transportation industry.

In the last several years it has been difficult for trucking companies to lure young,qualified Canadian workers into their industry. It is a tough life, with long hours on the road and a lot of time away from home. And,  to top it off, people don't make a hell of a lot of money doing it.

The result is, that trucking companies are always looking for new recruits and if truth be known, often hire high risk drivers simply because they are scraping the bottom of the driver pool.

So what is the problem? Lots of jobs are tough. What makes this industry unique.

Well, to start with, it wouldn't be unfair to characterize their industrial relations practices within the trucking industry as neanderthal.
Why, you have to ask, do they get away with this? Why do people stay?

People stay because it was a career they choose years ago and they options for a career change are limited.

The industry could, if they wanted to, make the industry a great one to work in. It isn't that tough but it does require a bit of initiative and the ability to think outside the box. Not common traits found amongst truck company managers.

Instead of jumping into the breach, getting together and fixing what has to be fixed they decided that there was no need to go that far. They didn't have to. The Government jumped in to the rescue.

Now instead of paying a decent wage and improving working conditions it is easier to bring drivers in from abroad. They first went to UK but, when the word about the Canadian's treatment of workers got back to Britain, that pool dried up. They then went  to the Ukraine, then Indonesia and Mexico. They went anywhere that the economy was soft. Where people were desperate to find a better life.

Drivers and mechanics were hired in all these countries and brought to Canada to fill the jobs. It didn't matter that many of them had never even seen snow, let alone driven in a prairie blizzard or through the mountains in snow.

It doesn't take long for these guys to figure out they are being exploited and few stay beyond their original commitment or, they do stay until they qualify to stay here in Canada then they move on to another industry.

Meanwhile, Canadian drivers and mechanics continue to work for less than they should  and governments do less and less to help train Canadian workers and they continue to undercut them by bringing in a continuous stream of workers to exploit.

Trucking is only one example. In large construction projects in Saskatchewan employers continue complain that they can't get skilled workers but they still want to pay less that they do in Alberta, with less benefits To help them out, Premier Brad Wall travelled to Ireland to hire unemployed Irish workers while increasing technical school tuition making it more difficult for local men and women to afford job training.