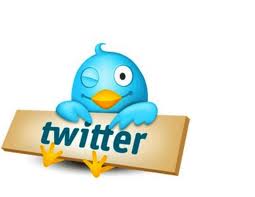 I know I am not the only one out there who that thinks that for the most part Twitter is pretty much a waste of time.

Oh, I know it provides up to the minute coverage of political events and we all long to be constantly in the loop of whatever Mike Duffy is up to but...who really cares about most of it. I remember trying to follow a CBC reporter's tweets during an election campaign most of which seemed to be mostly about her trying to connect with another journalist. "I am across the street beside the mailbox #Harpercampaign"

The CBC has become obsessed with Twitter. Sometimes you would think that in these tough economic times, if that is what they are, the CBC is relying on the public to tweet what is happening within our communities instead of getting out there on the street.

Nowhere has it become more apparent than in the CBC Radio Public Affairs programming and it is starting to drive me mad. Listeners are constantly asked to tweet about what is happening. After hearing "Bob tweeted that it is really snowing in Maple Creek" too many times, I just quit listening to ocal CBC programming.

At the Saskatchewan Book Awards Sheila Coles told us, "If it looks like I am just up here playing with my i-phone it isn't really what I am doing. I am actually tweeting about this event." As in any living person was actually out there reading her tweets.

It has become the ultimate sellout of CBC Radio to the Twitterverse.

That is why it shouldn't come as a surprise that Kirstine Stewart, one of the Canadian Broadcasting Corporation’s senior executives, left the CBC recently to become the managing director of Twitter Canada where reportedly will she will focus on partnerships with media companies, other brands and advertisers.