Elizabeth May Right on Point 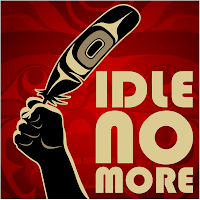 I generally like what Elizabeth May has to say on issues. This article is no exception.


The Attawapiskat audit: Distracting us from a legacy of failure

The tensions surrounding First Nations and the federal government are, perhaps, at an all-time high.
I had hoped the Prime Minister’s decision to meet with First Nations leadership this Friday was a hopeful sign of a new beginning in building nation to nation respectful relationships. Perhaps it could finally be the beginning of implementing the 1996 Report of the Royal Commission on Aboriginal Peoples.
Unfortunately, there is an ugly tone in the air as Conservative spokespeople, such as Senator Patrick Brazeau, line up in the media to take pot shots at Chief Theresa Spence. Although the Attawapiskat audit covers 2005-2011, Theresa Spence was only elected chief in 2010.
The release of the audit of Attawapiskat band finances is heralded by some as evidence of – what exactly? – that the housing crisis in First Nations communities is the fault of their leadership? The audit is not evidence of fraud, but shows an unacceptable level of expenditures for which proper documentation was not provided. It does not suggest the money was spent improperly. We simply do not know. Finger pointing and attacks will not help build a relationship based on respect for treaty and inherent indigenous rights.
So let’s just step back for a moment and admit what everyone knows. Millions of dollars in federal funding for indigenous peoples goes to non-indigenous consultants and lawyers and the bureaucracy supposedly at the service of First Nations communities. Many First Nations communities could benefit from better book keeping and financial controls, but so too could the federal government as the Auditor General has frequently reported. There is a reason that former Auditor General Sheila Fraser dedicated so much of her final report to the unacceptable multiple failures of the federal government in delivering on goals in meeting minimum obligations to First Nations, Metis and Inuit peoples. In 2005 and again in 2011, the Auditor General set out a litany of abuse. In a report prepared by Sheila Fraser and released by her successor, she noted, “I am profoundly disappointed to note … that despite federal action in response to our recommendations over the years, a disproportionate number of First Nations people still lack the most basic services that other Canadians take for granted.” She did not point fingers at the individual communities, but rather at the Department of Aboriginal Affairs for relying on vague policy rather than the kind of clear legislation found at the provincial level to meet non-indigenous needs for health, housing, water and education.
So, just as the Idle No More movement was not an off-shoot of Chief Spence’s hunger strike, neither is the audit of Attawapiskat’s finances a relevant response to the litany of undeniable and shameful neglect of the treaty obligations of the nation of Canada to the people on whose land we live and whose resources make us wealthy.
Numerous Supreme Court decisions make it clear that the federal government, as well as private sector corporations with an eye of First Nations’ lands and resources, have a duty to consult. Yet, numerous legislative changes made by the Harper Conservatives over the last year had no advance consultation, despite significant impact on First Nations. Both Omnibus bills, C-38 and C-45, had significant impacts on First Nations, without consultation. The Canada-China Investment Treaty, signed by the Prime Minister in early September and not yet ratified, could also have huge impacts on First Nations, yet there was no consultation. From neglect, we seem to have moved seamlessly to an assault on First Nations, as though we could erase Constitutionally-enshrined rights should they stand in the way of mines, dams and pipelines. The issue of non-consultation should be addressed immediately.
The abandonment of the 2005 Kelowna Accord was the beginning of numerous blows, including cutting the following programmes aimed at redressing the scandalous disparity in health outcomes between indigenous and non-indigenous Canadians: health awareness programmes curbing tobacco addiction, Aboriginal Diabetes Initiative, the Aboriginal Health Human Resources Initiative, the Aboriginal Youth Suicide Prevention Strategy, the Aboriginal Health Transition Fund, the Fetal Alcohol Spectrum Disorder Program, the Maternal and Child Health Program, and the Blood Borne Diseases and Sexually Transmitted Infections/HIV/AIDS Program. As well, institutions to assist in understanding the disparities, such as the National Aboriginal Health Organization (NAHO) and First Nations Statistical Institute (FNSI), have been axed. As well, the high cost of food and fuel in the North is a serious problem and remains unaddressed.
Despite all the evidence, we owe it to the embryonic potential of Idle No More to hope that all leaders present will rise to a new level of decency and respect – towards each other and towards the peoples and lands they represent. As the first indigenous leader of Bolivia has done, could we not begin to discuss the constitutional protection of nature itself? Could we not start designing a path to replace the Indian Act, establish a set of meaningful goals to ensure that all children on this piece of Turtle Island, indigenous and non-indigenous, have equal access to proper education, safe drinking water, decent health care and safe housing? Could we not live up to our promises of treaties past and lay the groundwork to a future premised on the respectful sharing of this land? I believe we can. In fact, we must.
Elizabeth May is the Member of Parliament for Saanich-Gulf Islands and Leader of the Green Party of Canada.
Posted by .Gord Hunter at 15:58