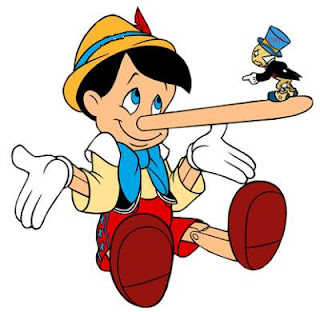 Jason Kenney seemed to say lying was OK this week when in defending Bev Oda he suggested there was no real problem in what she did saying, "The CBC lies all the time."

I don't agree with Kenney but that may explain why the CRTC was planning to go ahead with the rule change that would make it alright for broadcasters to simply make up the news. Most people thought it was to get ready for the new right-wing, FOX news style TV channel which will soon go to air in Canada but perhaps it was to put broadcasters on the same foot as legislators.

Well, hold on to your hats. CRTC chair Konrad von Finckenstein (I'm sorry I always think of Hogan's Heros when I hear his name.) is quoted in the Embassy, Canada's Foreign Policy Newsletter saying “I was perfectly happy with what it was before, and I’m sure at the next commission meeting, we will withdraw this attempt at rewriting.”

On Thursday the Standing Joint Committee for the Scrutiny of Regulations, a committee of the House and Senate, agreed to withdraw advice to the CRTC to water down a regulation prohibiting the broadcast of false and misleading news.

As a result of advice from the committee, the CRTC issued a notice of consultation in January to change its prohibition on the broadcast of false and misleading news so that it would instead be a prohibition on “any news that the licensee knows is false or misleading and that endangers or is likely to endanger the lives, health or safety of the public.”

Thanks to everyone who wrote the CRTC and their MPs to stop this stupid rule change.
Posted by .Gord Hunter at 11:35