Flaherty Sucks up to Business Again 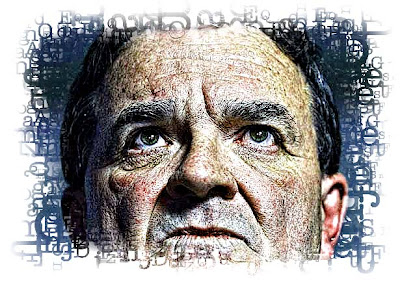 In 2008, the Conservative government set up the Canada Employment Insurance Financing Board, an independent body created  to set premium rates and to take the politics out of the process. At least that is how it is supposed to work.

That board which don't forget is a Conservative appointed board, called for an increase to premiums of almost 10 per cent on January 1st.


Before anyone could act on the recommendation a private member's bil proposed by Bloc Quebecois MP Yves Lessard,  and hit the floor of the house. This bill, supported by the NDP, would have allowed anyone who has worked at least 350 hours, as opposed to the current minimum of 420 hours, to qualify for EI benefits. It also would increase the maximum weekly benefits to 60 per cent of earning, up from 55 per cent.


The  bill that would have allowed more jobless Canadians to collect employment insurance premiums at higher rate was defeated in a Commons vote Wednesday after Liberal Leader Michael Ignatieff  made sure enough Liberals defeated the bill and he climbed on the finance minister's mantra about the cost of the proposed bill.

MPs voted 147-124 to defeat the bill, which until Ignatieff's public change of heart had been given a strong chance of winning approval in principle and being sent to a committee for further study.

Once the private member's bill was out of the way, thanks to the Liberals, Flaherty announced that the he was going to ignore the Board recommendation and that the 2011 increase will be limited to five cents per every $100 of insurable earnings. He says, he limited the recommended increase after "listening and consulting" with business owners.


What everyone conveniently  seems to forget is that the EI fund has a surplus. The government owes the Employment Insurance Fund over $60 billion. Most of that money was taken from the fund when the Liberal were in power.


I guess neither Flaherty, nor Harper, nor Ignatieff thought to consult with the people who use the plan, the unemployed. My sense is that their message would have been slightly different from the incessant whining of business community leaders.


What really confuses me is why people actually vote for those guys. 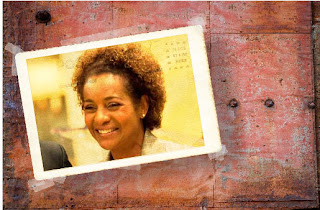 I am not what you would call a monarchist so I  have never been a huge fan having the  post of Governor General here in Canada but, I accept the fact that the position exists. I my lifetime Prime Ministers have for the most part appointed stuffy old white guys to the post, a tradition Stephen Harper has returned to with the appointment of the new guy, 69 year old David Johnston.

Harper owes Johnston big time for basically saving Brian Mulroney's ass when wrote the terms of reference which restricted the jurisdiction of the Oliphant inquiry, that probed the business transactions between former prime minister Brian Mulroney and German-Canadian businessman Karlheinz Schreiber. Surely a good bottle of single malt would have been enough. Lets just say Johnston and Harper have a special relationship and leave it at that.


To be honest I am sorry to see Michaëlle Jean leave. I thought she brought a touch of class to the position and she   overflowed with real human warmth. My only real problem with her was her decision which allowed Harper to prorogue parliament when there was a workable coalition waiting in the wings, capable and willing to form government. I think that was a huge error which will forever temper my feelings about her.


It was a low point in Canada's history which plagues us still. One which illustrates how little most Canadians actually know about how our country works. Harper and his gang of thugs still go on and on ad nauseam about coalitions as if they are some how illegitimate.


So, I was surprised to read this morning in the Globe & Mail that in his new book  Harperland,  columnist Lawrence Martin claims that if he was turned down by the G.G., evidentially Harper, never one to take no for an answer, was prepared to try to go over Jean's head and talk directly to the Queen, asking her to do the dirty deed.


Now that would have been an interesting political drama.
Posted by .Gord Hunter at 10:08 2 comments:

How Come We Don't Get It 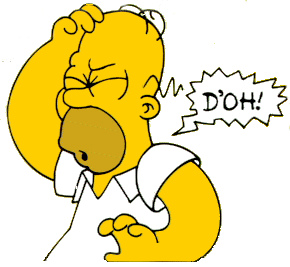 Anyone interested in political process in Canada has been watching the New Brunswick election pretty closely. Voters delivered the ruling Liberals an upset Monday night bring into power David Alward’s Progressive Conservatives.
It wasn’t supposed to work that way.
In 2006, then Premier Bernard Lord promised a referendum on a proposal by the Commission on Legislative Democracy which suggested a mixed-member proportional voting system be brought into the Atlantic province.
Ironically, before a referendum could be held on the issue, Premier Lord was defeated in an election, in which Lord’s Progressive Conservatives got more votes, but in which the voting system gave the Liberals a majority of seats.
In this election half the voters cast votes for the Progressive Conservatives and half for other parties. Fair enough one might think but the half supporting the PC’s will hold a whacking three times as many seats. In fact they will hold a bit more than that.
The Liberals win the rest of the seats, 13 out of the 55 seats up for grabs. The 17% of voters who voted for other like the NDP and the Greens do not get any representation at all.
The galling part is that although far in a majority of democratic governments around the world use some sort of Proportional Representation, Canada's mainstream parties cling to the First Past the Post system which often allows them to win majority governments when they actually receive much less than a majority of the popular vote. And, of course it delivers skewed results such as those in New Brunswick.
For more information on proportional representation have a look at the Fair Vote Canada website or to have a look at how New Brunswick would look had proportional representation been in place visit Wilf Day's blog.
Posted by .Gord Hunter at 13:59 No comments:

I noticed an important story in the Hill Times today, unfortunately ignored by most of the mainstream media, at least so far.

We remember Pat Stogran the veteran's ombudsman  who is being drummed out of his position by the Harper bullies for having the gall to actually do his job. To speak up, forcefully on behalf of veterans and to voice some of the concerns raised to him by those he considered his constituents and he brought to light the shoddy treatment many of them felt they were getting under the leadership Conservative government. 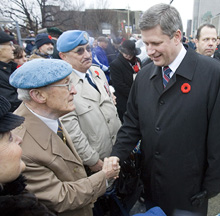 Harper loved the ready access the military provided for photo-ops and the like but when he was needed to provide support to people wounded or traumatized by Afghanistan little Stevie pulled the political equivalent of a "cut and run."

Real support is so much much more than a photo-op Stephen.

Perhaps the most telling thing he brought to light was when he confided that he was told by a senior civil servant   " … that it is in the government’s best interests to have soldiers killed overseas rather than wounded because the liability is shorter term.” The former senior military officer was shaken to the bone by the comment. “

Now Stogran has revealed that says he believes that the Veterans Affairs Department may have improperly accessed and shared his medical files and other information after he brought forward his concerns and was speaking out on behalf of  veterans.


Mr. Stogran said he first raised the issue after discovering there had been as many as 400 “improper inquiries” into his personal file at the Veterans Affairs Department. At first he didn't worry too much about thinking that people in the department were just curious about who he was but Mr. Stogran became more concerned when
another high-profile veteran, Sean Bruyea, told CP last week that  he obtained information that his personal information and medical files had been spread around within government and used in attempts to discredit him.  It was at that point that Stogran  became aware he may also have been a target. "It was apparent that more people had been in my file than had any business being in my file" Stogran said.

Doesn't this just piss you off? I hate where we seem to be going as a country. Our government is out of control and in the face of it all, Harper is up in the polls.

Give your head a shake Canada. Is this what you want.
Posted by .Gord Hunter at 11:25 No comments: