A Letter to the Prime Minister 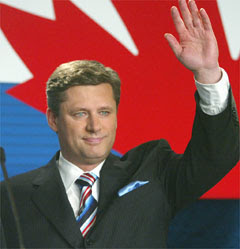 It has always been easy for me to be a proud Canadian. My ancestors came to Canada with General Wolfe as Fraser Highlanders. After they served in Quebec they were given land grants and settled in there. My roots here go way back and I have always felt that I have a stake in this country.

I am not a regional Canadian. I think that I have a pretty good sense of what our country is all about. Over the years, work brought me coast to coast to coast and I have lived in six different provinces during my adult life.

I served eight years in the Canadian Armed Forces. Back when I served it was still called the Royal Canadian Navy.

I have worked in a variety of jobs over the years and I guess it would be fair to say that my family and I are a part of that large Canadian middle class.

I tell you all this because I think it is important for you to know that I am not just some nut.

Prime Minister, I feel compelled to let you that I have been very disappointed in how I see my country changing under your leadership. I fear that you are undermining the very fabric of our country turning away from our long established traditions as a country that cares about the underprivileged, that will pull above it’s weight with foreign aid and a country that sees its role as a peacekeeper, not just another oppressor.

Perhaps most of all, I have to tell you that I am ashamed at how your government, no, my government, has reacted to the information regarding the transfer of Afghan prisoners by Canadian troops. It is no overstatement to say that the conduct of Peter McKay and others, has been shameful.

I really do believe that the only reason that you are refusing a public inquiry in this matter is that you have something to hide. If not, I am convinced that you would be as open as possible. Even if you do, it is not too late to correct matters. The political damage you incur by bringing it all into the open now would be nothing compared to the scandal created by information which is brought to light piece to piece until the final puzzle is revealed.

I urge you to listen to the many Canadians who want to see these matters brought to light through a public inquiry. Every day you delay makes things look worse for you.

To be frank Prime Minister, we seldom see issues eye to eye but, I can respect someone who has a different opinion that I do, assuming that they are approaching issues with an open and honest mind.

Unfortunately what I have seen from your government is not that. You cloak issues in secrecy, mock people who hold views which are different than your own and while you are not the first Prime Minister to act like a bully, you should know that the way you act, diminishes the very office you hold.

Please Prime Minister, if only for the sake of the country I hold so dear., take a good hard look at the state of affairs and begin to act in the open and honest manner you argued for in opposition.

Gord Hunter
Posted by .Gord Hunter at 10:13 No comments:

What gives with Stimulis Spending? 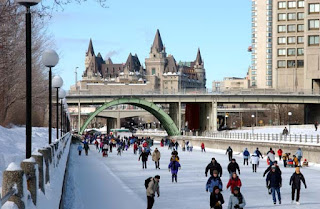 Ever wonder why Canadians are cynical about our governments these days. There are actually a long list of reasons but, let's pick one. Have you ever tried to get a sense of how all this stimulus spending is doing besides racking up debt at the rate of $1200.00 a second. Just reading about stimulus spending is enough to make your head spin.

Confused? It is no wonder.

According to the TD Bank the combined Federal and Provincial deficits equal $90 billion. Represented by a stack of dollars, placed on it side that amount of money would be large enough enough to circle the earth almost four times.

According to the government we don't have to worry about rising taxes to pay down that deficit either. Following Tory tradition the payback plan most likely will entail lowering business taxes and royalties. In fact, Tories never really have the worry about paying back what they spend while they form government either. They never really stay in power long enough to have to concern themselves about it.

That will be the Liberal's problem.
Posted by .Gord Hunter at 08:26 No comments:

A lesson from Germany 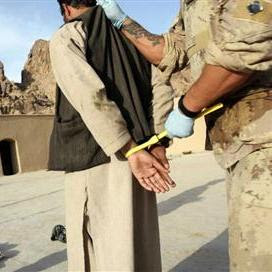 I read in the paper this weekend - no silly, not the Leader Post, The Globe & Mail - that in Germany, a cabinet minister resigned after admitting that he had not read an important e-mail about Afghanistan.

In contrast in Canada, Peter McKay, the Minister responsible, who admits he didn't read important e-mails about the torture of afghan prisoners by Canadian troops thinks that was ok and has attacked the person who brought it all to light.

Not only that but, to help in the young Peter's defense the government has trundled out a couple of retired generals who were responsible for things over there and who also who brashly admit that they didn't read the e-mails either.

The Generals got quite huffy. Of course Generals are well known for not accepting and criticism well. That is just the way those military guys are.

Lessons from Germany anybody.
Posted by .Gord Hunter at 10:42 No comments: 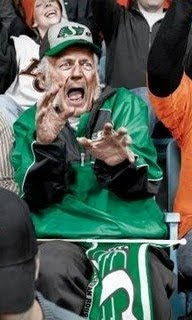 Ok all you Saskatchewan boys and girls.
This weekend taught us all a good lesson.
Numeracy is important.
I hope you were paying attention.
Now if our finance minister learned that lesson too, we'd all be better off.
.
Posted by .Gord Hunter at 10:37 No comments: