NDP Must be Doing Something Right

The National Post says Canada is leaning to the left.  My first reaction was that they are just trying to get a rise out of their right wing readers but, when you look at the numbers. Perhaps they are right and it is about time.
The nationwide Forum Research poll says the NDP would form a minority federal government if an election were held today. As well, a strong majority of Canadians believe the country suffers from an income gap. The rich are getting richer and the poor are getting poorer.
More than two thirds of Canadians of voting age, thought the NDP was the best bet, compared to less than one-third who chose the Harper Conservatives  and one-fifth the Liberals

Isn't it Time we Said No? 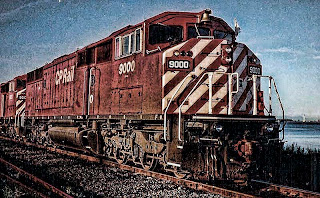 OK, full disclosure here. I was involved in collective bargaining, on the labour side of the table, for about 30 years. Most of the time, as chair of the union committee.

My first experience at the bargaining table was as a committee member at a Montreal television station. That process ended with a three-day wildcat strike and a brief occupation of the station’s lobby. We won a good settlement and were glad to put it behind us and get back to work.

After that, not long before I retired, I had one other set of negotiations go sideways on me, we were locked out of a mine in Northern Saskatchewan the membership turned down a negotiated settlement. The employer shut the place down and flew us south that Friday afternoon. I managed to get the deal sweetened enough, in talks across the picket line between the CEO and me, to get a settlement that stuck. Otherwise, I always managed to find a reasonable agreement.

I only tell you this because, I think you will agree, I think it shows that I do know a thing or two about collective bargaining.

That is perhaps why I am so concerned as once again the Harper Conservatives get ready to legislate striking employees back to work. This time it is CP Rail. Once again it is Labour Minister Lisa Raitt to the rescue of the Conservative’s Corporate friends.

There is no question that Raitt learned a few things since screwing the employees at Canada Post and Air Canada. She must have been sent for training because she has learned to frame things a little better than she did but the cold hard truth is that employers have learned that there is no need to bend to pressure from their unions. Employers can gut hard won provisions in collective agreements, cut and slash pensions, undermine working conditions and with impunity. Lisa and people like her will always be there to make sure they come out on top.

Once in last minute mediation employers have no incentive to do very much. They know the drill. No union negotiator with half a brain would think for one minute that any imposed settlement will come down on their side. The odds are stacked against them. It doesn’t matter if the terms of settlement are legislated or if the final deal is sent off to an arbitrator, the union can’t win.

Historically, the right to bargain was won after hard struggle. It was a trade off. A compromise that pretty much put an end to the era wildcat strikes to settle differences.

There has been relative labour peace in Canada for decades now. The process, for the most part worked. There was a balance of power at the table;
It was in both side’s interest to get a deal.

In Harperland, large employers don’t have to worry that anything will get in the way of their slash and burn agendas.

News reports say that “Teamsters Canada Rail Conference President Rex Beatty is 100% behind the 4,800 CP workers who have been off the job since 0001 a.m. Wednesday. He says, “The battle these workers are waging is of utmost importance,” We'll see.

Civil disobedience in defiance of a bad law is well justified. We will see if Mr Beatty or perhaps better yet, Teamster International President James P. Hoffa are prepared to stand up and defy the legislation when it is passed. It is high time a few predominant national union leaders led from the front.

I’m not holding my breath.