The politics of ruthlessness

This article by By Dan Gardner appeared in the Ottawa Citizen. It is worth reading

Not for the first time, Stephen Harper’s Conservatives have puzzled many pundits.

They won an unassailable majority. Their party is united. They face an opposition that is weak, divided, leaderless. Their dominance is complete and while it’s possible to dream up challenges in the future, they are only the stuff of imagination.

Here and now, nothing can touch them.

So why do the Conservatives continue to act like the elbows-up, stick-swinging, trash-talking goons who bullied their way through five years of minority government?

Each time the tone seems to have reached bottom, down it goes again. When the House of Commons marked Remembrance Day, each party stood to say a few words honouring the dead, but MPs from the Green Party and the Bloc Québécois needed unanimous consent to speak because they are not officially recognized in the House of Commons. They didn’t get it because some Conservative MP, or MPs, objected. The next day, with the support of the NDP, they tried again. Again the Conservatives blocked them.

Blocked them. From saying a few words in honour of the dead. Why? Who knows? The Conservatives never bothered to explain this shameful deed.

More substantively, the Conservatives have been imposing time allocation and closure — shutting down debate — at a faster rate than any government before them. The opposition is livid. It’s undemocratic, they say. And it’s hypocritical because the Conservatives furiously denounced the Chrétien government for using the same tactics more sparingly. In response, the government sneers. Literally. Peter Van Loan, the government House leader, has an impressive repertoire of smirking facial gestures and cutting insults.

All this is obvious to anyone who looks. But why is it happening?

Parliament has been a particularly nasty place for years but that was a consequence of minority government, many pundits said. The government was always in danger and so the Conservatives behaved as if they were in a non-stop election campaign. A majority would change that, the pundits said after the election. The Conservatives will calm down, drop the nastiness, and deliver a more statesmanlike government.

But that hasn’t happened. Puzzling, isn’t it? Well, the pundits say, that must mean the Conservatives are struggling to adjust to the new reality. They’re like a dog that has been chasing a car, wrote the Star’s Tim Harper. “Just as the dog has no idea what to do if it ever catches the car, the Conservatives seem unsure of what do with a majority after years of chasing it.”

Maybe. But I’ll venture another hypothesis.

It is who they are: They are the party of Stephen Harper.

Indeed. Stephen Harper has been obsessing about political power his whole life. It’s what he does. It’s all he does.

The same is true of many of the top people around him. John Baird, Jason Kenney, Tony Clement, Peter Van Loan. They’ve spent their entire lives in politics. It’s all they know.

But Harper is more than a political obsessive. He’s a passionate obsessive. Almost frighteningly so.

As Conservative strategist Rod Love told author Lawrence Martin, Harper and other Reformers seethed — and rightly so — at the way the Chrétien-era Liberals framed them as the lunatic fringe. “Others got over it,” Love observes in Martin’s book Harperland. “Harper? It was just burned in his psyche. So when he came to power it was payback time. This wasn’t just about going after someone in the Commons in the day, then going out for a beer at night. This was about destruction.”

The same description surfaces over and over. Stephen Harper doesn’t want to beat the other side; he wants to destroy them. They’re not opponents; they’re the enemy. As for the depth of his ideological feelings, the prime minister’s colleagues use the word “hatred” to describe his antipathy to liberalism.

When politics is everything, when opponents are enemies, when there’s hatred in your belly, certain things follow. Ruthlessness, for one. Personal attacks. A refusal to accept the legitimacy of different views and to work with those who hold them.

Stephen Harper is only one man, of course, but unlike every Liberal prime minister his dominance of his party is total. He effectively built it from the ground up. It is his party. And its personality mirrors that of its creator and master.

The Conservatives did not behave the way they did in the past because they had a minority of the seats in the House of Commons. They behaved that way because they are the party of Stephen Harper. They still are. And so they still behave that way.

Maybe I’m wrong. I hope so. It would be better for everyone if the Conservatives would relax and govern with a little more dignity and respect for parliamentary tradition. But I fear they won’t.

Read more: http://www.ottawacitizen.com/news/politics+ruthlessness/5751628/story.html#ixzz1eZExaEpE
Posted by .Gord Hunter at 15:45 No comments:

Do you suppose they are lying to us again 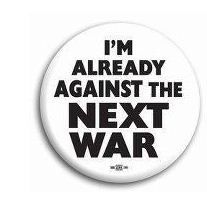 It is difficult  to watch your country change in ways that make you feel uncomfortable. That is exactly what is happening to me. It makes you feel a little sick to your stomach.

Perhaps what is more worrying, is realizing that most Canadians don't seem to give a rats ass about it.

After years building a reputation as peacekeepers we got ourselves embroiled in Afghanistan for no reason other that to appease the Americans who were still annoyed at us for justifiably sitting out the Iraq war.

We lost too many young Canadians just to prop up a corrupt and ungovernable country. We did it in the name of building schools and educating girls. It was a failed mission.

Our Government lied to us about our reasons for getting involved in Libya. Our Defence Minister swore up and down that out involvement had nothing to do with regime change until we changed the regime and we helped take credit for it.

Now, emboldened by our "successes" that same Defence Minister and his boss Stephen Harper are musing about getting involved in a conflict with Iran. Make no mistake about it. They are sending out trial balloons to see how Canadians react.

It is all about the issue of Iran perhaps, building toward having the capability to produce nuclear weapons.

Before we all rush in, remember all the lies we were fed about Iraq having "weapons of mass destruction" There weren't any. The Americans had them and so do the British, the Russians and several other nations but not Iraq. It was a all a big ruse put in place to justify the unjustifiable.

It is all more than a bit depressing.