If democracy isn't dead in Canada...it is severely wounded.

Our Prime Minister the weaselly Stephen Harper, after his pollster told him Canadians were fed up to the hilt with our involvement in the war in Afghanistan he told us that, no ands, ifs or buts, Canada will be out of Afghanistan by 2011. Sounds pretty definitive.

But hold on. Now the slippery rodent is saying "Oh no. We'll stay on . It is a smaller mission. Just training. Inside the wire (That is military talk Peter McKay taught him) minimal risk"

Now you might think that something like that might just be appropriate to discuss in Parliament. "No no" says Stephen. "That is my decision."  No need to bring that sort of debate to Parliament those opposition friends of the Taliban will just complicate things.

If democracy isn't dead in Canada...it is severely wounded.
Posted by .Gord Hunter at 13:38 No comments:

Never use the words Regina and snow removal in the same sentence. 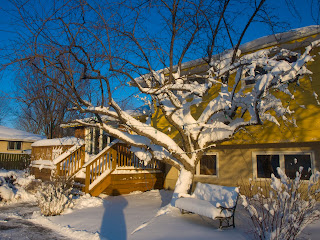 Sorry to you faithful readers but I have been a sit under the weather and any creative though I had dried up for a couple of weeks.

I am back and annoyed about the City of Regina's feeble excuse which passes for snow removal in this city. I just assume that Reginans put up with it because they don't know any better. I do.

Oh yes. It snowed again this week. I just wish it would hold off for a few more weeks.

When I lived in Pointe Claire, a suburb of Montreal, the city truck was down my street at the first sign of snow. On a very snowy night they were past my house several times. My the time my kids were home from school the sidewalks were plowed and in a couple of days, the city would come along with a snow blower and take up all the snow lying between the road and the sidewalk. Here in Regina I live on a bus route and I am lucky if the snow plows make it within four days of a snow storm.

The City doesn't clear the sidewalks and if it wasn't for the number of retired guys on my street with snow blowers, you would never be able to walk anywhere in my neighborhood.

I have lived in six different provinces and Regina has the worst snow removal of any where I have ever lived, bar none. It is appalling.

I want to make it clear. I am not slagging the city workers. I certainly am not. I think they do a great job with the resources they are alloted. But, starve city services of resources and you get what you should expect. Crappy service.

So Pat Fiacco, shove that "I heart Regina" stuff there the sun don't shine.
Posted by .Gord Hunter at 09:45 1 comment: