I am Finding the News Media More, and More Annoying

When did the European Common Market or the EU become the Euro Zone? Sounds kind of hip doesn't it? So kind of," in crowd" All reporters, not wanting to be seen as one of yesterday's journalist have abandoned the terminology we were all used to and are going with the new phrase. 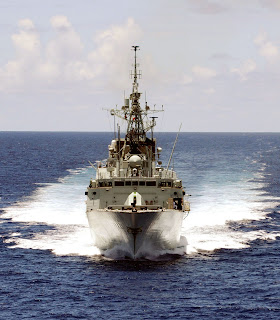 The other term, and I think this has only surfaced in the last couple days with the awarding of the new federal ship building contracts is,  "combat ships". A week ago they were "warships" but I'd guess that Stevie didn't like the message that term was sending and sent to the PMO scrambling to find something softer. Something more like a video game. Reporters, in lock step, picked up the term from the government handout and started using it.

It is a bit scary really. OK men and women in the media, pay attention, they are warships.

As I was driving back to Saskatchewan earlier this week I found the CBC's Morning show's treatment of protesters camped out in Victoria park more that a bit distressing.

The corporation sent out a reporter to find out what it was all about. They found a kid who, although he knew it was important and wanted to be a part of something big, spent the night in a tent in Victoria Park. They got, what I am sure they all thought, back in the newsroom, a bit of fun with him. He hadn't had media training and when asked what his goals were for the protest, he really couldn't articulate them.

A bit later in the show, a couple of old farts called up, mocking him which host Shelia Coles found quite funny. You know, I am getting old too but, I saw it all quite differently from the crotchety old buggers who called in and the host who understanding her audience, climbed right up on the mocking bandwagon..

To me, it didn't really matter that the young mad wasn't really able to articulate the issues. He understood that the protest, which took place all over the world was important. He wanted to do something. To take some sort of action to establish his presence as being on side with the protesters.

Good for him! Much better to do that than to sit home in your warm house, complacently watching a "majority" government dismantle the Canada we know and love, watching the global economy crumble and mocking the people who are actually trying to do something about it, as ill defined as their protest may be.
Posted by .Gord Hunter at 10:57 No comments:

I feel kind of bad, not posting for almost three weeks now but I have been busy.

I have been doing a bit of consulting with a group in Saskatoon. I enjoy the work but, it does take up time I generally put to other things.

Then I bought a new photo printer. An Epson R3000 inkjet. It will produce very high quality, 13x19 prints on all kinds of different papers, art prints, glossy photographs and poster board.

It also consumes more ink than Oliver Reed did scotch and it is a bit time consuming, as I figure out the finer points this printer offers. It produces stunning prints out of the box but, as with everything, we strive to make them even better.

I also spent a few days in Banff and in the Kananaskis back country taking photographs. I love being in the mountains this time of year. It is getting colder. Ice is beginning to form on the lakes but, it is generally clear and sunny.

So, to make a long story short, that and other projects are taking the time I normally use for blogging. But hopefully, I'll be back at it soon.