Is this British Parliamentary System working for Us? 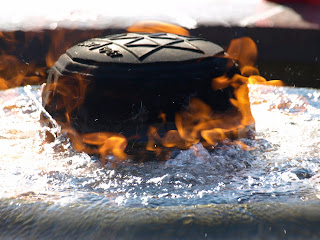 The media all seemed to get on the, "Is democracy broken?" question the same week with the McLean's/CPAC round table in Toronto, the CBC's Sunday Edition town hall meeting in Ottawa and with Dale Goldhawk's call in show all asking the same kind of question.

Of course Canada's media have memories like goldfish and have now have moved on to other matters. Have they moved on a bit too quickly. I think so.

Canadians should take a good look at our system of government and ask why it isn't working. Think about it.

First the first past the post electoral system only works in a two party system and then, only marginally. When, in any given riding, there might be four or five good candidates and a couple of more marginal ones, it hardly works at all. And that is just for starters.

We have to start to ask ourselves why should the party with the largest minority of supporters, call the all shots.
Why should every bloody bit if legislation, including omnibus bills, turn into confidence votes.

What if it worked more like this. If the party in power can't get a bill passed, they should go back and rewrite the damn thing again, and perhaps again until they get it right. The defeat of a bill in a confidence motion, should not necessarily mean that we are going to the polls. If the government thinks that they are not capable of governing, then it is up to the Prime Minister to go the the Governor General and say, "This isn't working."

The Governor general should then ask, "Ok you guys, does anyone else over there on the Hill think they can form government?" A few discussions could take place to see if anyone else figures they could make it work. If no one believes they could form a functional government, then call an election.

In other words, Michaëlle Jean should say, "Ok Stevie, it is up to you to make it work, if you can't, I'll find a leadership combination which can."
Posted by .Gord Hunter at 09:58 No comments:

Can you Spell Hypocrites 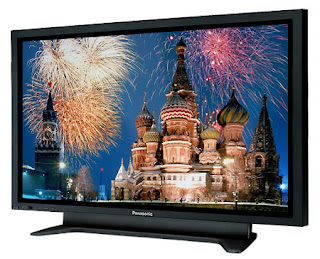 I noticed in this morning's Globe & Mail that the Television honchos and the Cable/Satellite guys are in competition to see who can spend the most money trying to influence the CRTC.

The issue is trying to decide if the distribution companies should have to actually pay for the content they distribute or, should they simply be able to help themselves for free, the way they have been doing for years. Why this is becoming an issue now after all these years is a mystery to all of us but, after about 40 years of helping themselves, the cable companies are a bit miffed.

On the upside, I am all for seeing the corporate media guys helping to subsidize the G & M to the tune of $150,000 or so every time both sides decide to take out adds.

The cable guys might be the more honest than the TV execs in their ads. If the CRTC rules that the distribution companies have to pay into the programming fund, they will simply pass all of that extra cost on to the consumer. The fact that in Canada we already pay more than most people do for cable won't be a big deal. For most Canadians, no price is too high to be able to have unfettered access to Fox-News, CNN and NBC.

What gets under my skin is the absolute hypocrisy of the television companies spinning this as a threat to Local programming. What a load of bull. The Television corporations, including the CBC gave up on local programming years ago. To now characterize the completely inadequate local news coverage they now give to communities as "local programming" is beyond the pale.

On behalf of all the journalists, producers, writers and technicians who used to work in the Canadian television industry, producing local programming, before these guys cut it to the bone. Let's call a spade a spade. They are hypocrites. It makes me feel ill.
Posted by .Gord Hunter at 09:03 No comments: