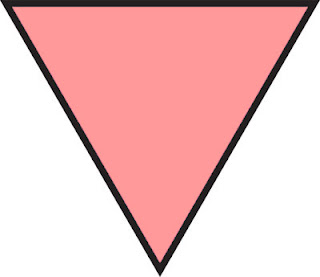 Sometimes I just can’t figure out Saskatchewan. What is it with my fellow residents that makes so many of them comfortable supporting political positions and politicians that would make most Canadians cringe? Who are these people and what rock do they hide under day to day?

I am embarrassed by the latest Bard Trost rant against Tourism Minister Diane Ablonczy’s decision to provide $400,000 of Federal funds to the gay pride parade in Toronto. We aren’t sure if Ablonczy was actually disciplined for the decision or if Brad along with several other of the knuckle draggers in the Conservative/Reform Caucus just made it all up, to “look good” to his power base in Saskatoon. That is yet to be seen. I don’t know, perhaps Brad was concerned that Saskatoon’s own Gay Pride festivities only got a measly $9,000.

Maurice Vellacott, another of Saskatoon’s right wing loopy MPs is a bit uncharacteristically, more subdued on this issue. These days, instead of ranting from his pulpit, he speaks more or less in code about family values etc.

My own MP, Tom (A Team) Lukiwski has been surprisingly silent on this issue. I did notice that he once again snubbed the Regina Gay Pride bunch this year by refusing to attend their celebrations but, none of us really hears much from Tom anyway. He has become almost invisible except through the leaflets, his own kind of sophomoric rant, that he keeps sending to households at our own expense.

There is no word about whether Brad and the other twelve Saskatchewan lightweight Conservative/Reform MPs think the government should return the $18 million in Federal tax dollars generated by the Toronto festivities to the pride community. But don’t hold your breath on that one.

I don't know why they dumped Larry Spenser, he'd fit right it.

It must be the season for homophobia in Saskatchewan. While the Conservative/Reform Federal MPS work to embarrass most of us, I like to think most of us anyway, the Provincial Government is trying to find ways to pander to their own “conservative” members.

Justice Minister Don Morgan wants to see if legislation can be changed to allow Marriage Commissioners the right to refuse to perform any marriage between two people of the same sex. He says the government doesn’t want to force any commissioner to perform a marriage which goes against their values. To me that raised a few of questions.

Can you figure it out? If you do, let me know.