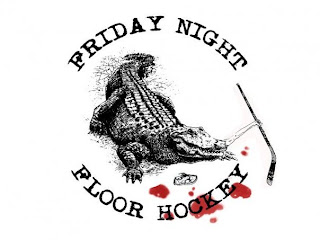 Friday at last. Even in a short week I am glad to see it arrive. I didn't think I'd care, after all, what is the difference to a retired guy but, I do. The weekend means more people are around the house, it is more social time and, of course, it means that tonight we play floor hockey.

It has been an odd week.

The Conservative Party faithful met this week in Winnipeg, a kind of Republican lite. I am sure that is a fun group...but I digress.

In advance of a world meeting on the state of the economy, Harper aligned himself with the Americans instead of looking at what the European Leaders are saying. No surprise there really but the EU is a huge potential market for trade and we are already feeling the effects of putting too many of our eggs in one basket. Harper should keep our options open.

And in another right wing lovefest the Saskatchewan Party is meeting in Saskatoon. In advance of that, Brad Wall is boasting that he has taken another 80,000 people off the tax rolls. I am not sure what message that sends. Well, I do know it is the wrong one. Is that his constituency?

In a province of about 1 million people how many people don't pay tax if "another 80,000 people" recently joined those ranks. How do people who pay no tax at all, feel that they are a productive part of our society.

Surely, as Brad goes on and on about the Saskatchewan boom the real question is, why can't we find good paying jobs for these people? Why are he and his business friends flying to Ontario looking for workers if so many people here make so little that they don't pay taxes. Boasting about the number of people in the province that don't pay taxes is something I don't ever remember any premier in this country say before.

I always thought the Sask Party's thinking was a bit skewed.
Posted by .Gord Hunter at 10:49 No comments:

Today in the news

Today was the day for weird stories in the papers. The Edmonton Journal had this one.

EDMONTON: A burning body discovered by hunters near Lac La Biche on Tuesday

The two hunters called police around 7 a.m. when they spotted a fire in the bush near Secondary Highway 858, about 25 kilometres north of Lac La Biche.Police saw the burning body in the woods and quickly put the fire out. RCMP are considering the case a suspicious death.

I think even if the person had spontaneously combusted, the death would be considered suspicious, by the RCMP, don’t you?

RICHMOND, B.C. — A couple walking their dogs along the banks of British Columbia's Fraser River made the latest in what's become a series of gruesome discoveries of a running shoe with a severed foot encased inside.It's the seventh such find inside a shoe along the West Coast from Georgia Strait to the northwestern tip of Washington State since August 2007.

Ken Johnson and his wife spotted the shoe while walking their dogs Tuesday along the Fraser River in the Vancouver suburb of Richmond.

When these stories first started to appear the police thought they might be gangland related. Now I think the informed thought is that the way running shoes are made in recent years makes them more buoyant and as a result when the bodies decompose the feet, in the shoes float to the surface.

And CNBC says this:

The United States may be on course to lose its 'AAA' rating due to the large amount of debt it has accumulated, according to Martin Hennecke, senior manager of private clients at Tyche. "The U.S. might really have to look at a default on the bankruptcy reorganization of the present financial system" and the bankruptcy of the government is not out of the realm of possibility, Hennecke said.

Do you think? The American economy was self destructing and everyone but the US Government and the financial community knew it was coming. Now we are all suffering for their incompetence.