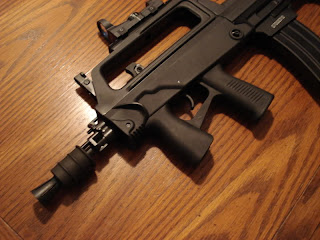 It has been a tough fight but it looks like Harper and his gang of thugs is going to lose in their bid to scrap the gun registry.

Once we are past that vote and fresh from a rare win perhaps the opposition will suggest some legislation to fix some of the shortcomings of the system.
It won't be pretty. The Conservative bully boys are already threatening those who have, after no doubt months of soul searching, decided to change their votes to support the registry.
It will be a big win for common sense. Now, it is up to Ignatieff, Layton and Duceppe to throw the buggers out of office.
In the meantime, lets start charging people who up until now have refused to register their weapons.
Posted by .Gord Hunter at 11:04 No comments:

Some Other Time Brad 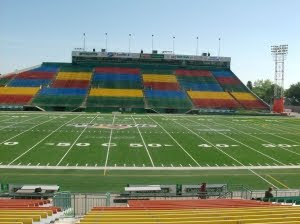 With time spent traveling to Central Canada and then contracting a bad cold I have been neglecting this blog but I am back, if only at half steam.
Here have been so many issues missed over the last few weeks. Harper and his crew never stop offering opportunities to rant.
While in Quebec I was quite interested in the debate over Federal funding for a new arena in Quebec City as a part of a bid to get Les Nordiques back. Even Harper waded in for a while seeming to support the idea of injecting Federal cash into the project contradicting several of his Quebec ministers. In Quebec it was seen clearly as a vote buying scheme in an effort to garner support much needed by the Reform/Conservative/Alliance bunch. They have taken a big hit in Quebec over the gun registry issue. They are practical people in Quebec. The sentiment seemed to be. “OK, give us the money but we aren’t going to vote for you anyway.”
Now I see that Hamilton wants a bit of Federal cash to refurbish Ivor Wynne Stadium in advance of the Pan American Games. Why not jump on the vote buying bandwagon too, after all?
All this action puts the likelihood of the much hyped Regina stadium project going ahead into doubt. Both Regina mayor Pat Fiacco and Premier Brad Wall see the stadium as a legacy project. Their legacy project.
They are starting to panic.
Wall had a meeting with that motley crew of Saskatchewan Conservative MPs this week and came away with very little. I am not sure how they sounded while they were in the meeting but after the discussions ended a few of the MPs had comments none of which should encourage Saskatchewan Stadium fans. My own MP Tom “A Team” Lukiwski’s comments were incomprehensible. According to media reports he suggested that the Regina bid would have a better chance of success securing funds under a kind of public-private-partnership which of course is what Saskatchewan has already applied to the Feds under. Then he said “We have been facilitating that process for Saskatchewan rather that advocating one way or another. P3 is not a perfect fit, but it has a lot of commonalities in it.”
Now in fairness, no one ever said that Lukiwski was very bright but, his comments make no sense. I sometimes wonder if these Conservatives have been sent on some kind of Ottawa double speak course or, perhaps they are all so afraid of contradicting Little Stevie that they just mumble gibberish when asked a question. The theory being that if they say anything to offend Harper, they will find themselves sitting in the backbenches beside some Independent.
I think Brad is out of luck. Harper was recently quoted as saying, in Saskatoon of all places.
“In terms of financing major sports facilities, there are demands here, there are demands in Quebec City, I am aware of demands elsewhere. In terms of financing these things going forward, we’re going to have to respect the precedents we have had in the past and be sure any treatment we’re prepared to make to one city we’re prepared to make to all,” said Harper.
That sounds to me like “Perhaps some other time Brad.”
Harper needs votes in Quebec and in Hamilton and it appears that he isn’t going to cough up in those cities. Why should he bother when Saskatchewan voters will support him no matter how many promises he breaks in this Province?
And Brad Wall? Brad still clings to the hope that his “special relationship” with Harper will benefit the province at some point. It is kind of cute that Brad can hang onto that small town naivety in politics but I am afraid he heading for a rude awakening.
Posted by .Gord Hunter at 10:40 No comments: