Tear Down Those Walls 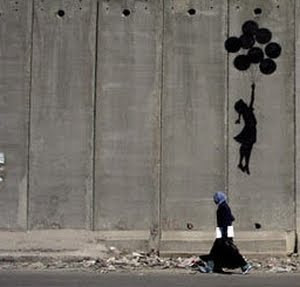 It has been an interesting week in the news. I was particularly interested in the coverage of the anniversary of the taking down the Berlin Wall. I am in my mid sixties so I lived through that cold war era and I read all those Len Deighton books - Game, Set, Match etc - written about spies that moved back and forth, from west to East, across that barrier, and back.

Much was made of the pressure put on the old Soviet Union by the west and by the end of the week I was getting a bit sick of hearing clips from that old fool Ronald Reagan saying "Mickel Gorbachov, tear down this wall."

All this got me thinking about the walls being built today by the Israelis and by the Americans. Questionable solutions to complex problems. 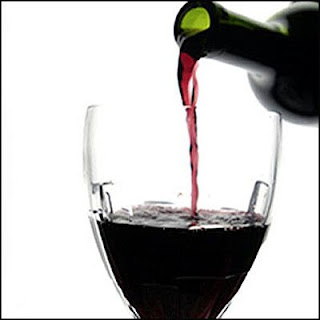 Not very long ago the Saskatchewan Government announced their bold new initiative. They were allowing the opening of a privately owned specialty wine store.

Let me say, up front, that I am not opposed to the idea of having a good, privately run, specialty wine store here in Regina.

I've now been to the store a couple of times and I am so far not sure it was worth the bother.

A specialty wine store, for me at least, congers up all kinds of images. Staff that are knowledgeable about wines, a selection of interesting vintages, tough to get here in Saskatchewan and an different sort of atmosphere, a bit more sophisticated than Government liquor stores.

What we got was a shop in a fairly low end strip mall, a half stocked store without a really exciting variety in product, much of the stuff you can already get at the liquor store, and a staff who might as well be working in Best Buy.

I asked specifically about B.C. wines. British Columbia is a couple of provinces west. They make some very nice wines both red and white. The store's selection is appallingly bad. The staff don't seem to know much about what they are selling and don't seem to care. They don't know they intend to bring in a better selection and if they are, when.

To top it off of the two clerks it took to process my selection, one was standing behind the counter eating his lunch from a Tupperware container and the other seemed more interested in continuing her cell phone conversation with her boyfriend.

The government store clerks are much more knowledgeable about the wine and are certainly better behaved. They don't have much to worry about, I'd say.
Posted by .Gord Hunter at 12:07 No comments: 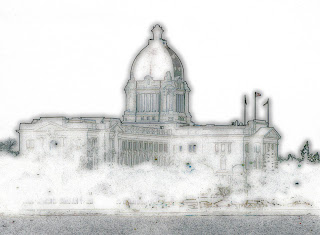 I am no economist but, there wasn't a surprised bone in my body when we here in Saskatchewan were told earlier this week, that economically, things have turned out to be, not quite as rosy as the government had predicted.

Funny that the economic update was made just days after the Premier was once again bragging about the new covered stadium he and Mister Booster himself, Regina mayor Pat Fiacco want to build. I am told that method of trying to hoodwink the public is so old that it has a Latin name, panem circenses. Basically it is, in this case, when government tries to keep the population's attention diverted away from the real issues (The Government's failed economic policies) and instead get them thinking about how much fun it will be watching football games in a domed, heated stadium, without freezing their asses off.

It was interesting to see how this all unfolded.

The Potash industry was going mad. They were making money hand over fist. So what did they do? Instead of being happy with the huge profits they were making they decided to artificially push up the price of Potash, so they laid off staff and stopped mining.

They were right. That pushed the price up. It pushed it up so high that the third world countries they were selling to couldn't afford it any more.

Then the recession hit. No one could afford potash, so sales plummeted. The potash industry became a victum of their own corporate greed and the Saskatchewan government, that expected to capitalize on that greed through royalties, saw their economic plan slip through their fingers like quicksilver.

So despite all the crass bragging, the strutting around like a randy roosters and the unrestrained boosterism here we are. Saskatchewan is on the cusp of a recession. Those resource based economies will bite you on the bum every time.

So wait for it. Expect more announcements of grand projects but also get ready for the inevitable trimming of back of programs and the cutting back of services.

So, don't expect much bread with the circus.
Posted by .Gord Hunter at 10:58 No comments: