The "Not my Prime Minister" slogan seems to be catching on. With a quick scan of a few blogs and comment sections I found these.

What due process has Omar Khadr received? What does, “doing the right thing” mean to Stephen Harper? Is it advocating torture and an institution that the rest of the world decries as an abomination to justice?

Mr. Harper, you are not my Prime Minister, because I am a Canadian, and I believe in justice. You on the other hand, are a stooge and a war criminal.

My Prime Minister would not betray his country.

Harper's idea of "opening the market" can best be described as the surrender and betrayal of an entire segment of the Canadian way of life: the small wheat farmer.

No doubt Harper has similar competition enhancing measures in store for milk marketing boards as well assuming he will be able to coerce (oops, I should have said "convince") provincial premiers to follow suit.

Harper is nothing more than the traitorous lapdancing whore of the American corporate class.

He is certainly NOT my Prime Minister.

It used to be thought, not so long ago, that the Prime Minister worked for us, the Canadian people. Harper seems to have missed that lesson and appears to believe that he works for Bush. If only we could get a Prime Minister with a spine! Right now, it's embarrassing to have this lap dog pretend to care about Canada when it's blatantly obvious he does no such thing.

Lets be clear .. Steve Harper is not my Prime Minister.. I voted for someone else... He is the Prime Minister of the Canadian State elected by only 25% of eligible voters. That means the minority rules the majority... Who set up this form of democracy? Not the working class that's for sure... Mr Harper speaks for the Canadian State and the Canadian State says that all people that do not want to fight the wars that the state decides are needed will not receive

Can anyone spell coalition?

There is an interesting site up about a way to vote strategically. Swap your vote with someone in another riding. Votepair.ca

It struck me as a bit suspect but evidently Elections Canada says it isn't illegal.
Posted by .Gord Hunter at 09:57 No comments:

Not My Prime Minister 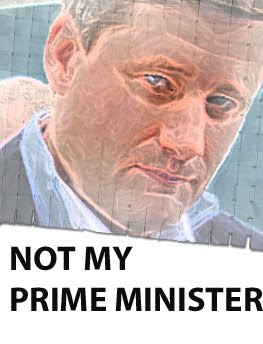 I heard last night that a group in Saskatoon is starting a campaign entitled "Not My Prime Minister." That is certainly how I feel. I put together a poster of my own this morning. The website should be up and running soon. When it is I will post a link
Posted by .Gord Hunter at 09:31 No comments:

Harper's boys used the RCMP to keep reporters away from candidate Dona Cadmen yesterday after Little Stevie's appearance in Surrey. After promising the media access to her the handlers called in the RCMP to shield her from reporters and whisked her away. There is no need for the national media to talk to a local candidate explained a Conservative spokesperson.

The New Democrats are surging forward in British Columbia so Harper took aim at the NDP while in B.C. focusing on the fact that they voted against the $1200 Child Benefit. Does he think everyone forgets that the suplement was put in to replace the first meaningful day care program scrapped by Harper hinself. He really does thing Canadians are stupid.

The polls show the numbers are flatening out in Ontario swing ridings, the Tories are dropping rapidly in Quebec and the NDP are climbing in B.C.
Posted by .Gord Hunter at 09:05 No comments:

Today is a quiet day about halfway through the election.

Harper is trying to convince Canadians that he really didn't cut arts funding. Everyone just imagined it I guess. Personally I don't trust very much that he says.

Health Minister Tony Clement who managed to dodge his mishandling of the Maple Leaf Crisis thanks to the Ritz Cracker's foot in mouth disease is stumbling around trying to respond to the Liberal and NDP drug plan proposals. We'll do stuff too he says.

Little Stevie is also out there waving the tough on crime flag. They have been flogging that horse for months. It doesn't fly with voters with any level of sophistication. Enough said.

Dion says he won't agree to a coalition if Harper wins with a minority. What else can he do at this point? I just hope Stephene hasn't screwed this thing up so badly that the Tories get a majority. If they do win the expected minority government Dion would be wise to reconsider his position.

Jack Layton is banging the arts drum in Quebec today.

Someone has posted video clips of empty Liberal seats in the House of Commons during important votes. Dion had simply been afraid to bring the Government down when he should have.
They are on YouTube 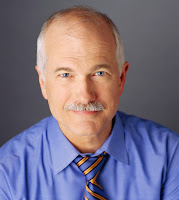 Finally someone is making sense. Few leaders want to talk about this during an election but
Jack Layton says he is open to a coalition if Little Stevie doesn't win a majority.
Here we are in an unnecessary election, some would say an illegal election considering the legislation, and most likely when the dust settles we will be right back where we started. Why are we here at all? Harper wants to be king and he couldn't goad any of the opposition leaders into bringing the government down. He thinks Canadians love him and will give him a majority. I don't think Canadians are that stupid.
He would say that government was unworkable when in fact, he was getting bills passed and he was moving ahead his agenda.
So, assuming Harper wins another minority government the opposition parties should get together and show Harper what a dysfunctional government really is. They should bring the government down at the first opportunity and come together in a coalition and govern the country with a group of politicians that at the very least represent a majority of Canadians.
I for one have had enough of a government that has less that a majority of Canadians supporting them, working to change the very fabric of our country.
Posted by .Gord Hunter at 10:42 No comments:

The start of a new week.

Every election a few questionable candidates surface. It has to make you wonder. Where do they get these people?

The Tories have lost their candidate Toronto who was challenging Bob Rae.

Recommendations posted on his blog under the title “Political Thoughts by a Gay Conservative” include: closing the CBC; ending Human Rights Commissions and hate speech laws; ending abortion; allowing “qualified and trained” citizens to carry concealed handguns; and ending the Indian Act and the reservation system.

“These policies just keep Indians and their corrupt leaders dependent on the state and unable to ever have the freedom to succeed,” Chris Reid wrote.

Reid went on to say criticize the passengers on the Greyhound bus who witnessed the horrendous killing of a fellow passenger in Manitoba suggesting that if Canada allowed people to carry concealed weapons they would have diffused the situation by shooting the aggressor in this situation.

I know they just found some nut bar who didn't have a chance against Rae but it makes you wonder. Even if you believe that those opinions are not universally held with the Tory ranks, it makes you wonder why Mr. Reid thought they were.

To make this even more curious, why would any gay man think he would be welcome to sit with Harper and his buddies I simply can't fathom. What, did he thing he was ready to sit on the "A Team" with Tom Lukiwski?

So, what has it been so far.

At least Jack Layton has only had to deal with a dope smoker and a skinny dipper.

I can hardly wait to see what this week has in store?
Posted by .Gord Hunter at 09:59 No comments: