So, Who is the Average Canadian? 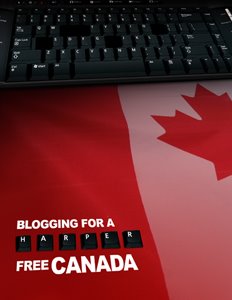 
All this stuff works. Or does it?
Harper is gambling this election, that Canadians will be as outraged as he claims to be, about the possibility of a coalition government being formed, if he wins another minority. I don't think Canadians are half as dumb as Stephen Harper thinks they are.
When I was a young turk, and on some rant or other, an older but wiser colleague told me "Be careful Gord, you're starting to believe your own propaganda."  I think that is what is happening to Harper right now. It is a deep trap.
I have a friend who claims that Canadians are so disengaged from Canadian politics that they can't see the forest for the trees. That they spend their evenings perched in front of their television sets watching Fox news, Housewives of Orange County or Cops and don't give a fiddlers fart about what is happening here in Canada.  He might be right, but I don't think so.
I don't think;
What I do think is that most Canadians;
Then again I might be falling into another one of those traps. Not unlike Harper, I usually think of myself as the average Canadian. We are both probably wrong on that front.
We'll see in May.
Posted by .Gord Hunter at 12:21 1 comment:

Democracy Is all about Sharing Power 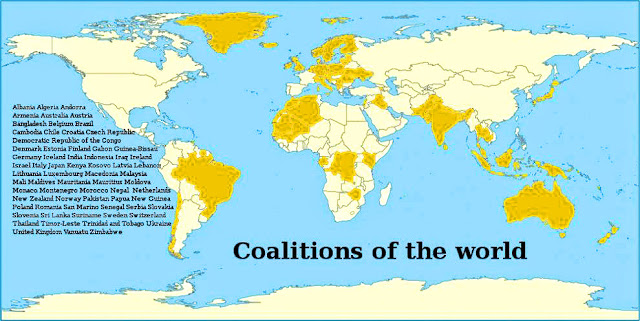 The Prime Minister warns us to beware of the “coalition threat”. The Leader of the Opposition swears he will not enter into a coalition. Is "coalition" a dirty word? Not to Canada's national citizens' movement for fair voting reform, which just released a map showing almost 70 countries around the world that currently have coalition governments, including Switzerland, Sweden, Norway, Germany, and the United Kingdom. The list makes the point that coalition and minority government are common in developed countries, most of which use proportional voting systems.

Bronwen Bruch, President of Fair Vote Canada says . "We think it's normal in this country for one political party to have all the power, even though most people voted against them.  Our winner-take-all voting system gives phony 'majority' governments to political parties with as little as 38% of the votes. But time and time again we see that single-party monopoly government leads to arrogance and corruption, whether it's a Liberal, Conservative, or NDP government.

"If we want politics to be different, we need a vote that makes a difference," she adds. "Proportional voting systems give each party power in proportion to the votes they receive. Since no party gets a majority of the votes, no party gets a majority of the seats. Parties must cooperate to get things done. It creates a more consensual type of government, and a more civilized style of politics."

"Once a party has a phony majority in Parliament, they are completely unaccountable," adds Wayne Smith, Executive Director of Fair Vote Canada. "As long as they maintain rigid party discipline, nothing bad can happen, so that's what they do. The Prime Minister of Canada has been described as an 'elected dictator', and Canadians are beginning to see that. More and more of them are demanding the power to hold political parties accountable, and are joining our movement for fair voting reform.

Join the thousands who are coming to the Fair Vote Canada  website and sign the  Declaration of Voters' Rights.
Posted by .Gord Hunter at 19:02 No comments:

Why is this Election Important?

Stephen Harper doesn't want to talk about it but Canadians should never forget why we are having an election.

Following rulings by Speaker Peter Milliken, for the first time in Canadian history,the first time in Commonwealth history,  the government and a minister have been found to be in contempt of parliament for withholding information and misleading the house.

This election is about contempt

1. The feeling or attitude of regarding someone or something as inferior, base, or worthless; scorn.
2. The state of being despised or dishonored; disgrace.
3. Open disrespect or willful disobedience of the authority of a court of law or legislative body.

Let's Turn that Decision Around - Again

Here we go again. The Old Boys’ have been denied Green Leader Elizabeth May the opportunity to participate in the televised leaders’ debates.

Instead of speaking up to defend democracy, other party leaders seem relieved. Without May to point it out, it takes some of the heat off their own woefully inadequate environmental policies.

I know our first past the post electoral system does its best to cut out the smaller parties but you have to ask “What kind of democracy excludes a party with the support of one million of its citizens?”

What kind of democracy allows a handful of TV executives to decide that the Bloc Quebecois that only runs candidates in one province has more right to be in a national leaders’ debate than the Green Party with candidates in pretty much every riding across the country?

In the last election, Canadians spoke out and our voices won Elizabeth her rightful place in the debates. We can’t believe that we have to rally on her behalf yet again. But we do.

Here’s what you can do:
Vote in CBC’s poll on whether Elizabeth should be invited to the leaders’ debates
Donate to support Elizabeth’s battle for inclusion
Sign the petition
Send a text message to the Chair of the Media Consortium, Mr. Troy Reeb of Global TV on his cell phone at 647-261-3752
Email the news directors of consortium members CBC, CTV, Global, TVA
Email party leaders Stephen Harper, Jack Layton, Michael Ignatieff and Gilles Duceppe
Forward this message to your friends and family

Collectively we can help Elizabeth May show Canadians why Greens belong in the House of Commons.

A bit of a Balancing Act 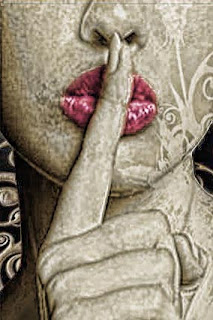 This post isn't really about morality it is about being a bit inept and it is about hypocrisy.

The Saskatchewan Party’s Advanced Employment and Employment Minister Rob Norris has been having a bad couple of weeks. He was on his feet again in Question Period this week answering how it was that an escort service was recruiting young women using the government website, Saskjobs The escort service ad asks young women to reply with a picture and says that they want to add new females to their exclusive line up.

The Saskatchewan Party which has deep roots in the religious right is a little embarrassed. Norris claims to be sickened by it all.

Norris is a bit quick climbing back onto his high horse if you think about it. The Saskatchewan Party, as was the NDP when they were in power, are always quick to claim credit for the great services their Crown Corporations offer.

I am not sure how that all balances on that moral high horse when, SaskTel, a Crown Corporation, is probably the largest distributer of pornography in the province through its Max TV “Adult” movie service.

During Election Campaigns I feel almost compelled to mock public figures. With good reason I think. Election campaigns are not about substance or real policy or what candidates really stand for. It is all about tightly managed messages and photo ops of highly controlled "visits" to local business, universities and peoples houses.

Harper has been spending his days announcing new economic initiatives which are dutifully reported by every newspaper in the country. Everyone seems to miss the fact that if these new "gifts to Canadians" were real he'd have put them into the budget released not two weeks ago. I think Conservative policy wonks think them on the campaign jet as they wing their way back and forth across the country

So, I thought this morning offering in the Regina Leader Post had to be shared. Harper visited a boat sales shop and in an effort to look like he cares, seems quite curious about the marine engine dip stick. I know Harper doesn't drive his own car, the RCMP get him from place to place, and it must have been years since this "ordinary Canadian" checked the oil but in this photo it looks like Laureen Harper is explaining to Stephen what a dipstick is.
Posted by .Gord Hunter at 09:12 No comments: 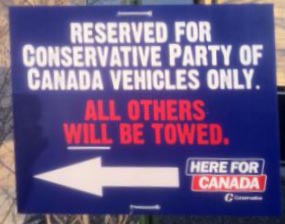 It is the little things that tell you about a campaign.
Posted by .Gord Hunter at 18:40 No comments: