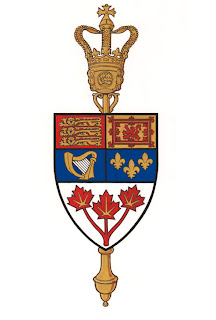 Along with a lot of Canadians, I have been quite taken in by the discussion about Senator's expenses. A few of them seem to spend quite a bit of time on the road, In excess of $300,000 in travel costs is quite a bit particularly since I can fly from Regina to Montreal and back for about  $750 give or take a bit.

We have been told by some members of the Red Chamber that it is because of demand for their talents as public speakers etc. I never knew Canadians were so interested in what the senate or the Senator's do. I wonder.

If a Senator used to be, just lets say, a famous surfer.

When he travels to Biggar, Saskatchewan, Tofino, B.C. or to Come-by-Chance, Newfoundland to give a talk to the common folk,do you suppose it is so he can talk about the Senate and the workings of that esteemed institution or, surfing.

Does he earn a speakers fee?

Does the group that hired him have to compensate him for the cost of travel?

Canadians want to know the simple answer to these important questions because the Canadian taxpayer may just be being ripped off.

Dollars to donuts there is a bit of double dipping going on and as long as their is a brief mention of Canada's Action plan, Stephen Harper will defend them to the wall.
Posted by .Gord Hunter at 13:37 No comments:

a. someone who lives at a particular place for a prolonged period

"The Queen is a resident of Buckingham Palace""

b. serving in a regular or full-time capacity

"The resident engineer for the highway department"

c. a physician (especially an intern) who lives in a hospital and cares for hospitalized patients under the supervision of the medical staff of the hospital;

d. An animal that does not migrate.

"White tailed deer are a resident species in Saskatchewan"

e. A member of Canada's Senate who although, for all intents and purposes, lives in one province is recognized for the political convenience of the Prime Minister to be a resident of another province.