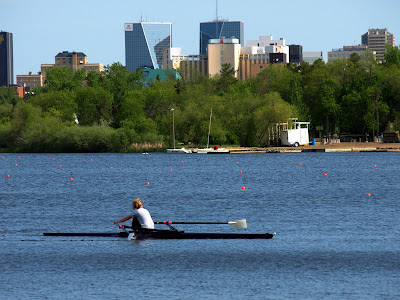 The LP with its usual in depth reporting style found a "young professional" (27) who has moved to Regina from Swift Current. He likes Regina. I guess I can figure that out. And they talked to city alderman Michael Fougere who wouldn’t be described as a young professional even by the legally blind.

The study, done by Next Generation Consulting, a group in Madison Wisconsin calls its report their Next Cities ranking. They ranked Canadian cities with populations of over 100,000 as to which were the best places to live for young professionals. They must have been commissioned by someone but God knows who.

I am not sure what it says about their eye for detail but their on line media release spelled Niagara wrong and listed Sherbrooke as being in Ontario. (Spelling isn't my long suit either so I kind of understand) I also note that there are no French speaking cities rated higher that Regina. Being quite familiar with some of those cities and I am curious to know if any of the Wisconsin research group could actually speak French, or if they just couldn't find enough English speaking young professionals to make their probe accurate.

So there you have it. Regina beat out cities like Kitchener, Trois Riviere and Oshawa. Is that something to boast about? There is nothing wrong with Regina. I like it here. It has improved by leaps and bounds since I first moved here 11 or 12 years ago. But, a message to LP editors, if there actually are any, don’t boast about being number 12. It makes you look like idiots.
Posted by .Gord Hunter at 10:04 No comments: