Is that the Sound of Balloons Bursting? 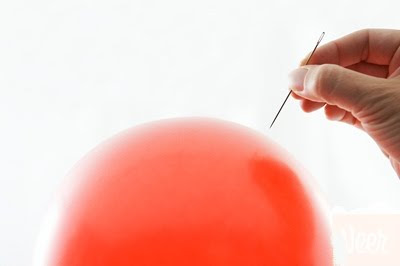 In March of this year Saskatchewan Finance Minister Rod Gantefoer said in his budget announcement, "This budget is designed to keep Saskatchewan's economy strong and steady in the face of the current global economic crisis. We will do so by delivering significant property tax relief, by delivering another $1 billion to build provincial infrastructure, and most importantly, by delivering a balanced budget."

Here we are in August and Gantefoer is saying that at this point Saskatchewan is projecting a $1.3 billion drop in potash revenues and that the recession has hit Saskatchewan.

Come on Rod the potash industry was not so much an engine driving the Saskatchewan economy as they were a convenient cash cow. They were not creating jobs. In fact, the potash industry laid off scores of employees in the spring when they cut back production in an effort to create a phony shortfall in the market to drive prices up. Any fool should have been able to see that the industry simply was not in the good shape we were told.

The Saskatchewan Party has been operating with their heads in the sand for some time now trying to ride a economic wave which was pretty phony to begin with. The so called boom was a big help in some areas but did very little in others. For example, hundreds of students looking for summer employment went looking for jobs that just weren’t there.

Funny isn't it, this government announcement the same day that the news tells us that European countries have come out of the recession.

To deal with the shortfall the government says it will take a $185 million dividend from the Crown Investments Corporation and delay funding the Children's Hospital in Saskatoon and some schools.

Hey, what about that domed stadium Rod?

Red Tories, I Think Not 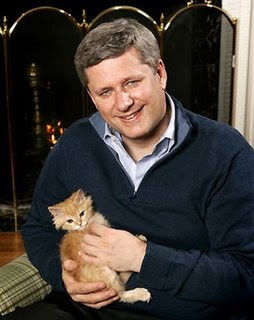 I was surprised to read stories suggesting that our Prime Minister is turning into a "Red Tory". Just because Little Stevie was embarrassed into putting some money into stimulating the economy after denying that there was no economic downturn in Canada for months, doesn't mean a shift to the left.

Stephen Harper is as right as they come, closer to Newt Gingrich than he is to Tommy Douglas (I can't say Jack Layton because is is really a centrist)

Give that man a majority and we'll redefine the "right" in this country. That is a scary thought. As it is, sometimes I hardly recognize my country and the positions the government takes.

When next you travel, if you have let your hair grow since your passpost picture was taken. Better have a DNA test result in your back pocket.
Posted by .Gord Hunter at 11:28 No comments:

Sorry to Hear about Les Paul

Canadian Jewish Congress Has to Relax

I have been watching, with some interest, the flap, caused by the Canadian Jewish Congress (CJC) about a few resolutions which came to the United Church conference this year in Kamloops. The CJC called them racist.

Political parties, trade unions, churches and other organizations, all which claim to be democratic, ask their members to submit resolutions which are designed to give direction to the leadership of said organizations. The CJC may do the same.

The messy thing about democracy is that you can't dictate what your members may submit for debate. Generally they reflect the broad ideological focus of the organization but, from time to time some wacko is bound to submit something which pushes the envelope beyond the leadership's comfort zone. Not that all the resolutions submitted to the conference about Israel were off the wall. They were not.

The fact remains that the conduct by both side of the conflicts in the middle east is suspect and should be challenged. Israel should not be immune from criticism because of the western world's collective guilt about the atrocities committed against the Jewish peoples during the second world war. It seems to many that Israel is given a free ride by most western states including our own, what ever their conduct.

There are plenty of reasons to find fault with the Israeli state and armed forces. Criticizing the conduct of the Israeli army and the Government is completely justified and a boycott of Israeli goods may very well be justified to get a message across. Calling for that action is not a racist act.

The Canadian Jewish Congress has to begin to temper its response to issues such as this. There is no reason to act like bullies and to try and stifle what can only be described as democratic debate. So take a Valium CJC and back off a bit. You current conduct will only lose you friends.
Posted by .Gord Hunter at 10:22 No comments: 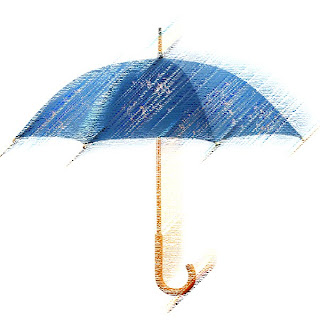 Living in a city served (I use the term loosely) by a CanWest newspaper makes it tough to keep up with what is really going on. It seems to me that much of the news we see in the Leader Post is pulled from other papers like the Calgary Herald, the Ottawa Citizen or some other publication owned by the Aspers. The Regina paper gets by with a bare bones staff.

So I wasn't that surprised to see, what seemed to me to be an important Saskatchewan story in the Globe & Mail with no mention in the Leader Post.

Most people know that the Alberta Tar Sands are very close to the Saskatchewan border. So close that the unchecked development of the tar sands is polluting Saskatchewan's northern lakes and forests. The Canadian Press story by Bob Weber tells us that more than 150,000 tonnes of acid rain causing gases every year are produced by the tar sands projects on the Alberta side of the border. Seventy percent of those gases end up in Saskatchewan.

The province, it seems, has been monitoring rainfall in the La Loche area, east of Fort McMurray and their finding show that the average PH level is 4.93. That is about the same acidity as in a cup of black coffee.

Saskatchewan Premier Brad Wall is well known for being light on environmental policy and for having a bad case of Alberta envy, so perhaps we shouldn't expect that he would speak out about the issue. But, it seems ironic that none of this emerged during the Premiers conference held here in Regina last week.
Posted by .Gord Hunter at 09:18 No comments: 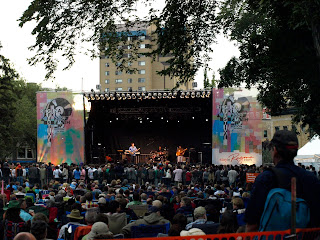 The Regina Folk Festival sold out Friday and Saturday night. The forecast rain held off and now Sunday is sunny. Can the festival sell out three days in a row?.

Some bright spark agreed to let an Arrowsmith concert go ahead, in Regina, the last night of the Festival. There is no question that any other major event in the city of Regina would draw a crown at the expense of anything else happening in the city.

Now Steve Tyler fell off a stage in the U.S. and has had to cancel the Regina show. Big venue concert lovers have been left in the lurch. We'll see if that translates into a sellout at the festival Sunday night.
Posted by .Gord Hunter at 10:11 No comments: