I try to put in a garden each summer with varying degrees of success.

My herbs have always done well and the thyme, oregano, tarragon and chives come back faithfully each year and from time to time my sage makes it but usually I have to but a new plant in the spring.. I never manage to winter over the rosemary no matter how carefully I try to pot the plant and bring it in.

I have done well with annuals like basil, cilantro, dill, fennel, arugula and sage but vegetables and  I don't have a very successful relationship. My soil is just too much like clay to make any root vegetable happy.

My tomatoes either don't ripen or they get blight, my potatoes got a kind of fungus and the cabbage white butterfly just chews the hell out of anything that resembles, or even rhymes with any plant in the cabbage family.

So, this year I planted lots of onions, some leeks and tried carrots once again.  They are normally stunted and deformed but this year we got a nice crop of bright orange carrots and even if they are a bit stubby. We are happy about it.

So,  in October I'm going to put in some garlic for next year, I'll try mixing in even more peat and sand to try once again to make that soil a bit easier to work and hopefully in the spring I'll find that right combination of crops to keep us fed and happy next summer.

Some Thoughts About Employment 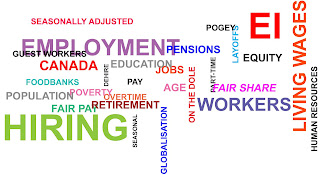 The issues around employment and unemployment are complex. The questions about why people remain unemployed when jobs down the road go begging are many and I am not so sure I have many answers but I came across a couple of situations recently which, I thought, at the very least are interesting. They tell us a lot, I think.

First, when I was in Val Marie a couple of weeks back, having lunch in the hotel "dining room" three guys wandered in for a beer and a bite.I thought they were a curious trio, obviously not locals and a few miles off the beaten track to be tourists they were, as it turned out, Newfoundlanders working in Frontier about 70 km west of there. About 13 km west of Climax to be concise.

"You boys are a long way from home." I said, and asked what brought them to Saskatchewan.

Things are tough in Newfoundland since the fishery closed down they told us. The small town they are from has virtually no jobs but they were reluctant to pull up stakes and leave the family home. They had tried Fort McMurry and didn't like the raw atmosphere of the place, so quit.

They had been hired by an Ontario recruiter to work as assembly line workers at Honeybee, a farm implements manufacturer in Frontier who flies them home to Newfoundland for two weeks off, every seven weeks.

What a shift in lifestyle, from a Newfoundland outport to a small prairie village. It can't be easy.

What is it about the work that is so unappealing that Saskatchewan residents won't take the jobs?

The second odd situation is in the trucking industry.

Trucking companies are having a hell of a time getting, and keeping drivers. There are several factors at play here. Driving truck is a tough job. The work is solitary, the food is bad and the pay is worse. Drivers mostly get paid by the mile so generally drivers are only making money when the wheels are turning. If they get caught in a snow storm, have to wait a couple of days in some god forsaken place for they next load or if road construction slows them to a snails pace they are not often not making enough to cover the cost of their meals. If they are earning any money at all.

A large portion of the workforce is closing in on retirement and young men and women are not exactly lining up at the door, looking for a career driving a semi. Virtually every trucking company there is are looking for drivers.

A lot could and should be done to improve the lot of Canadian truck drivers' wages, working conditions and general quality of life but that would take a concerted effort and cooperation involving, the trucking companies, the unions, the manufacturing industry who are doing the shipping and governments.

Unfortunately for Canadian drivers, in a move which looks very much like collusion, instead of doing that, they have decided that instead of tackling the worklife problem, the best sloution is to bring in foreign drivers to fill the void.  It started with drivers from the UK but, many of them got fed up and went home so the latest batch of drivers are from the Ukraine, Indonesia and Mexico.

Little is done by the employers to help them to integrate into the existing workforce, setting them apart and making it difficult for them to fit in. Driving conditions are quite different that what they are used to and many of them have never seen snow, not to mention drive in it.. For many it will be a very tough winter. Cranking down a set of dollies at minus 40 can be tough enough for someone born on the prairies but for a person who, up until now has lived their life in Veracruz?

Like I said. No easy answers but, lots of question about where we are going.

I Admit to Having Mixed Feelings

Over the last few weeks there has been a growing movement against the plan to store, spent nuclear waste here in Saskatchewan.

Petitions have been visible at most public event and a walk against nuclear waste, left Northern Saskatchewan on July 27 heading for the provincial legislature in Regina. The trek, a 820 kilometre walk, arrived in Regina yesterday. They will present a petition to someone at the legislature, I assume today.

Their Facebook site says "The purpose of our Walk is to wake people up to the reality that northern Saskatchewan is being targeted to store millions of used nuclear bundles which would be highly radioactive for hundreds of thousands of years. We will carry a petition to the Legislature that people may sign, directing the government to legislate a ban on nuclear waste storage and transportation in our province."

Well, Northern Saskatchewan is where that stuff came from to begin with.

I am not a big supporter of nuclear energy. We can't trust governments to tell us what is safe and what is not. It all makes me a bit nervous to be honest. And it didn't make me feel any better learning that some of the fuel "spilled" in the Japan nuclear disaster most likely originated in Saskatchewan.

I haven't signed the petition however.  I can't help but think it is a bit hypocritical for us to take the huge uranium mining royalty revenue to fund provincial services, to promote the jobs created by uranium mining with much fanfare, to ship that uranium elsewhere for it to be processed as fuel. Then, when the  fuel is spent, wash our hands of it and refuse to deal with storage. 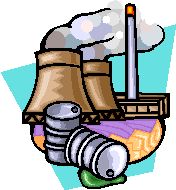 The Last of Hellier's Plan

I see that Harper has decided to unravel one of the few things remaining from Paul Hellier’s failed experiment to unify the Canadian Armed Forces into one cohesive unit.

If you will pardon this overused expression, unification represented a sea change in the way the navy identified itself and operated. The “square rig” uniform identified sailors as such and despite being a bit archaic, we preferred it that way.

I left the navy as most of these changes were beginning. We knew by the time I headed out to civie street that before long we would all be wearing green uniforms with shirts and ties. I got out just in time but, if you read No Badge Killick you will know that my leaving had nothing to do with Hellier’s bold plan. Other things were afoot.

I don’t know how those serving on ships today feel but to me somehow Royal Canadian Navy rings a bit more true than Canadian Armed Forces – Maritime Command.