Why do the Media Pay Attention to the CTF

I have never been a big fan of the Canadian Taxpayers Federation (CTF) they are anti-union and much to far to the right for my tastes.  A quick look at their Board of Directors pretty much confirms that these guys are not your average Canadians.

They claim to be grassroots but it is never clear where their money comes from. Friends suggest that the right wing think tank, The Fraser Institute backs them financially but to be honest, I don't know. It would be interesting to take a look at their financial statements though. 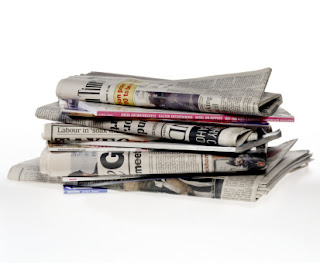 The CTF is most at home attacking governments that lean left. They are busy boys and girls when the NDP is in power. Here in Saskatchewan, when the right wing Saskatchewan Party got elected they were not sure what to do so, they pretty much focus on pushing the government act on their core values and to privatize the public sector.To my way of thinking, most of their reports have little depth and are really a waste of time. Not much more than nitpicking really.

To be fair, it is not that they never do any interesting research. Their recent study about how much some of the First Nation's leadership are paid was pretty good and their cautionary notes about Brad Walls favorite project, a new domed stadium for Regina are a good read.

What has always bugged me however is how the media seems to fawn over each and every press release the CTF issues. Having some experience in trying unsuccessfully to get the media to take up important issues, I am sometimes baffled by it but, I think I figured it out.

The government has starved the Canadian Broadcasting Corporation for funds and the privately owned media have done the same to their outlets. Everyone is short staffed, there are no funds for research,  few reporters seem to have beats any more so they can't follow issues properly and newspapers are so thin on the ground that they never even bother to rewrite the wire copy to give it local context anymore.

Don't worry about investigative reporting, media don't do that anymore. What news outlets have done is to farm out their responsibility for research and news gathering. Major daily newspapers are acting like small town rags. No money for research, no bother, the Taxpayers Federation will do it for you.

Abe Books to the Rescue 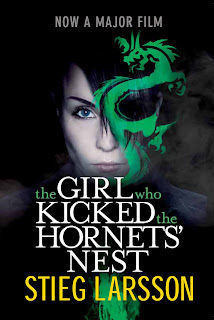 I must confess that blogging about politics can start to get to you after a while. It wears you down. Not that there is any lack of material. In fact there is almost to much. It is just that after a while you start to wonder if there is any hope for us as a species. Few people really seem to care any more.

On that note I sometimes wonder about the decisions made by the Canada's book selling community.

Like many Canadians I have been captivated by Stieg Larsson's Millennium series. The author's story is almost as interesting as the books themselves.

I have been waiting for the third book, The Girl Who Kicked The Hornet's Nest, in paperback for some considerable time now. It seems that Canadian booksellers have decided that they can make much more money by delaying release of the cheaper regular format paperback book and continue to sell the large format soft cover edition, at a cost of over $20.00, until at least after Christmas.

I just lost patience. The books are after all copyright 2007.

My solution in the end was to go on-line to Abe Books where I found a brand new paperback edition from a bookstore in the UK. It cost me considerably less to buy it through them, even when you factor in the fact that it was shipped from England.

So...today it gives me great pleasure to thumb my nose at Heather Reisman and to give a big thumbs up to Abe Books, one of the best places to find bestsellers, rare books, signed editions, textbooks, first editions - new and used. They are quick and shipping is often free. Give them a try
Posted by .Gord Hunter at 08:15 No comments: