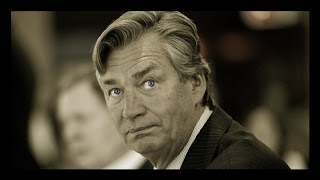 I must confess that I was a bit disappointed in Gary Doer this week.

I met him at some point before he was elected as Premier of Manitoba and have always been a fan. He struck me as one of the good guys. After Harper appointed him to be Canada's U.S. Ambassador, I  figured Gary was still OK in my books.

He was in town at the University of Regina talking up Trans-Canada's Keystone Pipeline and when criticizing the negative American reaction to the pipeline, which will carry Alberta Tar Sands bitumen to Texas to be refined, I was surprised to hear him say, "Would they rather buy their oil from Gaddifi?". It was as if saying no one in their right mind would buy oil from a dictator.

I agree with him on that front but, that is not the reality. Gary would, or should know that the Western World doesn't seem to mind compromising their principles for oil. In fact, Petro-Canada and now Suncor worked in Libya for years during the Gaddifi regime developing oilfields. At this point with the war quieting down, Suncor is chomping at the bit to get back at it.

Why would Canada do that when we have so much oil of our own?  We don't need to import oil at all.

It is fairly simple.

Most of Canada's petroleum industry is owned by Americans. Those companies along with the Canadian corporation I must admit, are very keen to ship our oil including the tar sands product to the USA. Simply put it is a more lucrative market that Eastern Canada. There are shades of the old "Let those eastern bastards freeze in the dark" which, considering where the eastern oil comes from, was always a hollow threat.

So, Canada's pipeline people are building Keystone and other pipelines to ship our raw product to the States. American refineries are producing diluent, a thinner, and then shipping it north, via converted gas pipelines. Then, once it gets to Alberta, they dilute the thick tar sands bitumen and ship it back south to be refined. The government, those guys in Ottawa who are supposed to be looking after our interests, could insist we refine the raw product here in Canada and create jobs here but...the Harpers of the world and the Liberals and the PCs before him never saw this as an important issue. Or, dare I suggest,  they are all afraid of big oil.

Canada in the mean time is importing oil from the North Sea and the Middle East.

Even more amazing, there is no pipeline running north around the great lakes. Why? It isn't, as many would have us believe, because it is difficult to do. They are building them through the Rockies after all. It is simply because the multi nationals make more money shipping it south. 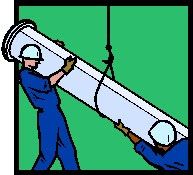 Yesterday was another of those amazing days we seldom get in fall. Not warm but hot. Not what you'd generally expect for the end of September.

About 6:00 as the sun was getting lower in the sky a couple of hot air balloons slowly drifted by.

It was a spur of the moment thing. In minutes we were in the car, heading north and west, cameras in hand chasing balloons down grid roads, along farmer's dirt tracks and across the prairie trying to figure out where they were going to land.

We pulled on to the edge of a farmer's freshly harvested field, in behind the chase trucks, just before they landed and just before the sun slipped over the horizon.
Posted by .Gord Hunter at 09:02 No comments: