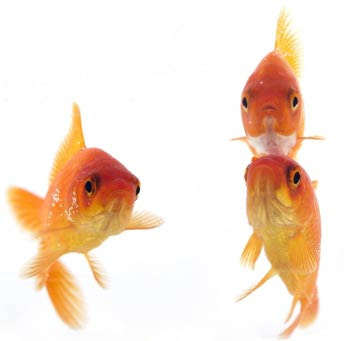 I have a fishpond which of course works very nicely in the summer but as fall hits, we always have a heck of a time getting the goldfish rounded up so we can transferred them indoors to the aquarium. Every winter the pond freezes solid, right to the bottom. Saskatchewan winters show no mercy.

I was quite proud of myself this year. I got them all in at least a month ago, or so I thought.

This afternoon I was back having a look around the yard and there and behold was a solitary goldfish, swimming beneath about an inch and a half of ice. We grabbed a hammer, broke the ice, and Chris managed to scoop him up on his second try.

Perhaps I should count them this year.
Posted by .Gord Hunter at 15:37 No comments:

It Must be Fall 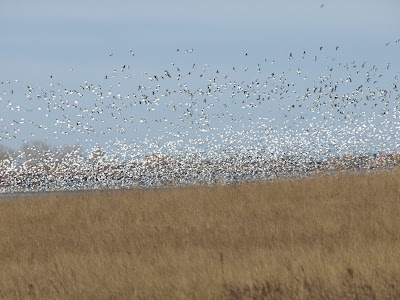 There is something about geese. There is a kind of ordered disorder about them. I remember as a small boy growing up in Quebec, hearing the noise they make, disturbing the stillness of a crisp fall morning. That perfect V of Canada Geese across a deep blue sky.
I heard them again the other afternoon while I was working in my back yard, snow geese. Except in Saskatchewan it seems that there are seldom orderly flocks of 30 or 40 but huge formations of them. No formal pattern for these guys. Still flying in a rough V form but more spread out, more free form, kind of like anarchist geese. Raising a ruckus as they flew over my house.
Out on the prairie this time of year, in fields and sloughs, huge masses of snow geese pause to gorge themselves before starting on that long journey south. Thousands upon thousands of them gather, sometimes turning the whole field white in the sun.
There is something about geese.
Posted by .Gord Hunter at 14:20 No comments: 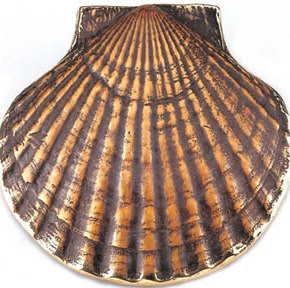 Before I retired I decided that my first major goal in retirement was going to be walking the old pilgrimage route, the Camino de Santiago de Compestolla in Spain. It is no mean feat, My plan is to start at St Jean Pied de Port in France and to walk to Santiago, a trek of almost 800 km them, if I have the energy, to walk on to the sea at Finisterre.

In doing research about the walk I bought a book by Paul Boers called The Way is Made by Walking. It is the tale of his journey along the Camino from both a physical and spirtual perspective.

A few months ago I heard the tail end of an interview with Boers on a CBC Radion program called Tapestry. I requested that the show be re-run on the podcast, Listener's Choice. They made the program available today and you can hear it by following this link
Posted by .Gord Hunter at 10:11 1 comment:

I started exercising today. So why put that small detail of your personal life in your blog, some might ask? Simple, The more people that know, the more humiliating it would be to quit. I need every incentive possible to encourage me to hang in. Walking in circles in Regina's Fieldhouse isn't exactly inspiring but I have to start somewhere.

I was walking quite a bit in the spring and early summer but, I injured my heel and I had to cut back considerably. Unable to get out and about like I was, I started to lose the toning I had started to build up.

I plan to walk the Camino de Santiago in Spain this year or next and a 800 km walk isn't like a stroll in the park. I clearly need to get into better shape.

No time like the present.
Posted by .Gord Hunter at 13:18 No comments:

Two Down, None to go

OK I confess, I did watch some of the American election. I got sucked in by Jon Stewart and Colbert’s unique spin on election coverage and I hung in to see McCain concede.

Truth be told, I think Americans made the right choice. I was surprised by how close the popular vote was, almost neck and neck.

Obama is saying a lot of the right sorts of things and people have high expectations. It will be interesting to see how much he will be able to separate himself from the bureaucracy, the political machines and the military-industrial complex. Time will tell.

With two elections down it is a good time for Americans and Canadians to give some real thought to what we expect, who we elect and once the process is played out, how we hold their feet to the fire?

Finally, the Americans are going to vote.

I know I was pretty critical of the Canadian election process and it glaring flaws but that process south of the border really is over the top. I know that many Canadians will be glued to the idiot box this evening but frankly, I can’t bear to watch. OK perhaps I will tune in and watch Jon Stewart for a bit but the thought of watching the results roll in, state by state, is too much for me.

The USA is another country after all. Another country whose citizens hardly know we exist. I am not sure the two candidates know much more than the fact that we are this land mass north of their border. Oh yeah, well there is that oil we have. In fact when you think about it, there are no stories of Obama or McCain spending their summers at Regina Beach, or Long Beach or for that matter at Cavendish Beach. We aren’t really on their radar.

In truth, it is an election that I found offensive. You have to ask yourself:

Perhaps the most disturbing is that Americans think they are electing the leader of the free world. 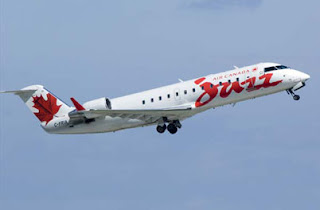 We figured we'd get up in time to have a coffee then grab a cab to the airport. Unfortunately we hadn't been keeping track of when the time change was. we found ourselves at the hotel desk at 6:30 in the morning and no coffee available for quite a while so we just went to the airport.

As one might expect Quebec City cabbies have their own style of driving. He blew through several stop signs, he didn't even slow down, then raced at 100 km in a 50 km zone. We breathed a sigh of relief when we reached the airport safe and sound.

Air Canada canceled our original Toronto-Regina leg so we had to wait 5 hours in the airport until our new flight was ready to go. It left about 40 minutes late as well.

So, late home last night but glad to see some warmer weather
Posted by .Gord Hunter at 10:36 No comments: