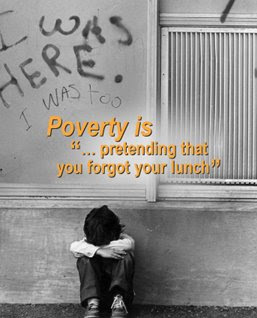 The on-line newspaper The Australian reports that Australia has the third-worst childcare and early learning system in the developed world. The Australian story says, “Our early childhood services sit above only Canada and Ireland on a league table of OECD countries to be published Thursday by the United Nations' children's rights arm, UNICEF.

Using 10 benchmarks, including the amount of GDP spent on early childhood services, the availability of paid parental leave and the subsidies provided for childcare and education, the report ranks Mexico, Slovenia and Portugal higher than Australia.”

Australians should be outraged...Oh wait...what did they say? Australian “...early childhood services sit above only Canada and Ireland?” Slovenia does better that Canada? That doesn’t jibe with what that soft spoken, caring, blue sweater guy Harper told us during the election. I thought he was going to give us a government that cared.

The Government in the UK is embarrassed and claims outraged that the report puts them in the middle of the pack. They are protesting the fairness of the report, disputing its findings. So far we have heard, not a peep from our government. I can hear Harper now, “React? I don’t think so. Our constituents don’t read the Globe and Mail anyway. They never find out about it. And, he would be right if the Leader Post is any example. Not a word about it in that rag.

In fairness, the Liberals neglected children as well. Frankly, Canadians lack of activism has allowed governments to pay much more attention to business needs that to the most vulnerable in our society. We have all ignored the problem. Nineteen years ago the House of Commons unanimously resolved to "seek to achieve the goal of eliminating poverty among Canadian children by the year 2000."

Canada does not meet nine of out 10 proposed standards aimed at ensuring children get the best start in life through education and support programs, tying for last place, among affluent countries, with Ireland. That doesn’t give us much to be proud about.
Posted by .Gord Hunter at 10:46