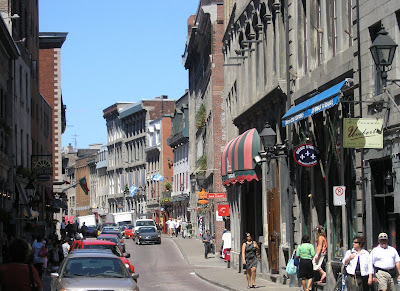 I am just back from Montreal. I was there to testify about a clause put into the CFCF -TV collective agreement 33 years ago. Although all those affected by the clause were working at the station when I was there, I was the only person they could find that was actually at the bargaining table.
It was very interesting because the arbitrator was Francophone and they two lawyers first language was Englist. The hearing was held in French, the language in the agreement is in English, the witness testified in English and the discussion switched back and forth between both languages seamlessly, sometimes mid sentence. It was really fun for me to see some people I hadn't seen in over 30 years. It was a real treat 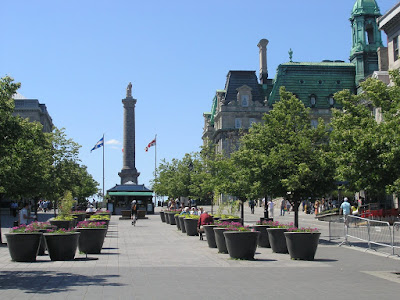 I had the first afternoon free to wander around old Montreal which is always a treat.
I stayed at a hotel in Chinatown so had soup for lunch the first day, met with the lawyer over a meal of Chinese food the first night and had lunch at a great Chinese buffet for lunch. By the time I left I was looking for something else to eat.
I took the train out to Ste Anne de Bellevue and went for supper with my mother and Ruth. Italian food at Romana's in Pointe Claire village.
I spent the night at a hotel by the airport and flew out this morning.
The Toronto - Regina leg was delayed a bit when they had to change a tire on the aircraft before we left but I am back safe and sound.

Floor hockey tonight!
Posted by .Gord Hunter at 15:43 No comments: 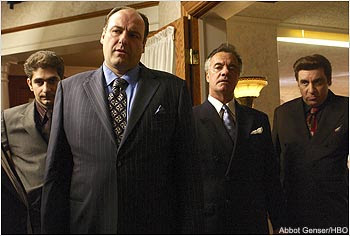 Well that is it. The Sopranos is over.
I don't think anyone would have guessed this ending.
Tony won the turf war when acting on an FBI tip the Tony's boys blew Phil away in gruesome fashion. But what a price, Bobbie is dead and Silvio is on life support. Tony has moved back into the family home but there is no question that there is tension in the air.
The ending, with Tony, Carmela and A.J. eating onion rings in a diner was a let down for me.
Posted by .Gord Hunter at 10:50 No comments: 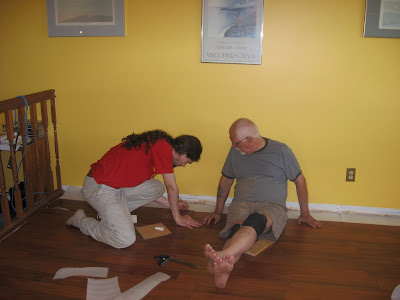 This is the floor finished. We are very happy with how it looks but we are both a bit stiff and tired.
This morning Christopher and I went to work laying laminate in the dining room.
Christopher was in charge of measuring and I did the cutting. We worked together laying the floor. It took us most of the day but we are very pleased with the result. 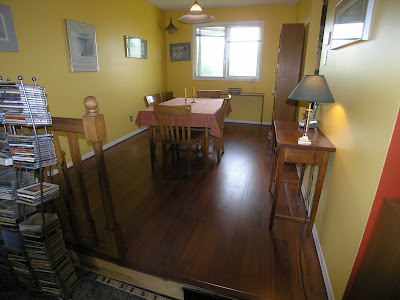 The finished product made such a difference to the look of the room. We are looking forward to working on the living room.

It was a spotty weekend. Saturday was mostly sunny but there was some rain late in the day. I worked outside most of the day cutting the lawn, leveling the brick walk way, pulling out the weeds and and other exciting adventures.
The hightlight was planting some peppers.
The onions are doing very well as is the spinich.
For supper I made amoung other things, roasted red pepper, chickpea and roasted garlic hummas. Very tasty.
Posted by .Gord Hunter at 21:53 No comments: