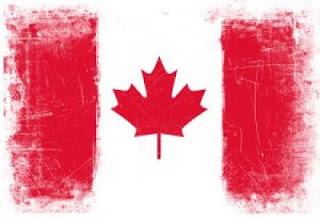 My hope for the new coalition government in the UK is that it will at the very least start Canadians thinking about how our system of government works, or perhaps more accurately doesn’t work, our approach to minority governments and coalitions and how it all fits into the scheme of things. If the blogosphere is any indicator, that is exactly what has happened.


Brian Mulroney’s former Chief of Staff, Norman Spector weighs in with his two cents worth on the Globe and Mail’s blog saying that Harper could respond to the coalition this way, “... the Prime Minister could note that the British coalition is perfectly legitimate since Liberal-Democrat Leader Nick Clegg had made it clear throughout the campaign that the party that won the most seats should be given the first crack at governing the country. And neither Mr. Cameron nor Gordon Brown dismissed the possibility of getting together with him after the election — as Stéphane Dion did in 2008.

Things would have been quite different, Mr. Harper could note, had Mr. Clegg instead gotten together with Mr. Brown’s Labour Party which, as Jeffrey Simpson noted yesterday, “lost” the election. And the prospect of the governing coalition surviving at the whim of the Scottish Nationalist Party was truly frightening.”

He got a few people’s attention:

M. Martyn responds by saying “But the key here is the very fact that a coalition is legal and constitutional, not illegal and unconstitutional as the Mr. Harper's hyperbole machine repeatedly stated.

As someone who was told that I should be hauled in front of a firing squad for supporting the notion that a coalition in Canada could be something not only legal but also profoundly democratic I take issue with your oversimplification of what is clearly a double standard drawn along partisan lines.”

Stan L. Says “Norman......Harper has a LOT to defend and the talking points he has sent out in the matter are palpable and destructive and in my mind to defend him is to defend a PM deliberately misleading the public about a legitimate democratic process of our government.

If he gets asked, Harper needs to suck it up and offer the right answer.....as much at it would kill him to actually say something Prime ministerial.....and not self-serving.”

Onceanislander comments, "Did Harper promise to send John Baird to the UK? He could advise them like he did Canadians in the halls of parliament, while his boss was on bended knee begging the GG for a reprieve that he didn't deserve.

Baird to reporter -- the GG hasn't the authority to approve a coalition, and "if she does, we'll go over her head, directly to Canadians."

Harper and Baird need to tell the Queen. Apparently, she's operating outside authority and precedence when she accepted Cameron and his coalition.

Mr. Spector - how can you support these toads who blatantly misinformed people about the legality of a coalition government? Oversimplification is right. This article reeks”

Keep talking Canadians. It is time to take a hard look at Ottawa.
Posted by .Gord Hunter at 09:35 No comments:

UK Election Should be a Wakeup Call

It isn’t over yet in the UK but I have been watching the attempts to form government there with rapt interest. Canadian political commentators have been critical of the process but to me, it is a good deal better having the interested parties struggling to make some kind of compromise than it is to meekly allow a government with very little voter support simply assume power the way we have in this country.


Why should we assume that it is any more legitimate for David Cameron’s right-leaning Conservatives to form government with the 36% support they won from voters rather than have a coalition of the more socially conscious Labour, the Liberal-Democrats and members of various other small parties including the Green member elected last week who collectively scored over 50%, run the country.

Something about that sticks in the craw of commentators like the Globe & Mail’s Jeffrey Simpson and others and frankly I cannot fathom why. Canada’s elites seem to have a mental block about proportional representation and they don’t like the concept of a hung parliament being able to be worked out in a compromise through discussion of common interests. I wish Simpson could explain to us, why a system which would give the party that got 45% of the popular vote , 45% of the seats in Parliament is flawed.

We need to make the process more democratic and why, as Canadian voters we cling to the out dated first past the post system is beyond my comprehension.

I do know why the Harpers and Ignatieff don’t want to change the system. It is all about the hope that their party will achieve that elusive 40% which just might get them a majority Government. The NDP are just as bad. It has been party policy for years but when is the last time you heard Jack Layton speak out in favour of proportional representation. Jack still thinks he has a chance of becoming Prime Minister. Some democracy we live in.

So let’s take a hard look at what is happening in the UK and in our own country. It is time to stand up and tell the party leaders that electoral reform is more than giving a few extra seats to Alberta. We need significant change and we need it now. Be part of the solution. Get involved. Speak out.
Posted by .Gord Hunter at 10:03 No comments: 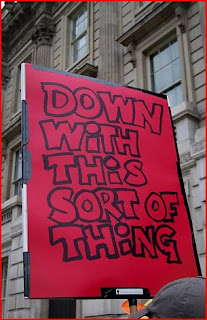 What an election. I have been following the action on the Guardian’s live election blog . With several reporters covering every aspect of this election as things unfurl, including Twitter feeds, it really makes for great reading.

At this point it seems very likely that the UK will have some form of coalition government. According to the Guardian “It is understood that three options were under consideration: an informal "supply and confidence" arrangement in which the Lib Dems would allow confidence measures, such as the budget and the Queen's speech, to be passed; a more formal arrangement in which the Tories would agree to pass legislation on schools and tax reform that would be acceptable to the Lib Dems, who would not join the government; or a full coalition in which the Lib Dems would sit in the cabinet. “ At this point in time the “supply and confidence” option seems to have legs but, the Liberal Democrats are still talking to Labour.

There are some great bloggers following things and the papers are full of the struggle to see who will win out. It is nice to see people in the UK actually interested in the electoral system and acknowledging that it just isn’t working.

Under the slogan “No more broken elections. Fair Vote now.” The Take Back Parliament site says This Parliament does not represent us. We demand fair votes now. There must never again be an election under this broken system. Our election is being stolen - this isn't the parliament we voted for! Sign up here to take it back

It is great to see citizens engaged.
Unfortunately rumour at least has it, that Nick Clegg has already given up on his demand that the new government hold a referendum on making changes to the electoral system.

Hopefully Canadians will learn at the very least that the “first past the post” system is broken and has to be replaced by something more democratic and second that coalition governments are not treasonous. Now, if someone would tell that to the Governor General.

For more informantion on the campaign for electoral reorm in Canada go the the Fair Vote Canada site. If you like what you see, ten dollars will get you a membership and help a great cause.
Posted by .Gord Hunter at 09:43 No comments: