The CRTC Meets to Look at Internet Billing

Anyone who reads this blog knows that the CRTC is not my favourite group of regulators. Not that I have anything against regulators in general, in fact I think we need more of them here in Canada, or at the very least, at least we could use regulators who actually do their jobs.

In Ottawa this week the CRTC is hearing submissions from Canada’s internet giants who are trying to gouge even more than they already charge us for the service. Canadians we are reminded, already pay more for internet service that most other people in the world.

The CRTC, if things run true to form, will try to find a way to give the big guys what they want. Screw the consumer.

I note that at the hearings, Open Media’s Steve Anderson, got a rough ride from the commissioners. First CRTC chairman Konrad von Finckenstein - no, no that is really his name – got annoyed with Anderson who was trying to point out that internet costs were already prohibitive for some who live with within lower income brackets. Finckenstien pushed Anderson saying that he as well beyond the scope of the hearing. To be fair, Anderson most likely be unfamiliar with the finer points of the CRTC tango, a dance perfected by broadcasters, communications companies and the CRTC commissioners.

Then Vice Chair for telecommunications, Len Katz, started to push Mr. Anderson about Open Media’s “non-partisan” status in light what he saw as links to union groups. He also asked how many members it had, and who was funding it.

Katz who has a strong background with the industry giants Anderson is fighting against and one could easily assume is not pro-union, seemed to find fault with the fact that a couple of unions support Open Media. In fact the list of supporters is quite broad and includes 500,000 Canadian citizens.

The vice-chair of broadcasting, Tom Pentefountas, quoted Open Media as saying in the past that Bell’s position in the hearing is “self-serving,”. Pentefountas who seems to have missed the point of these hearings took Anderson to task for referring to Bell Canadian those terms said “Your interest is just as self-serving, is it not?”.

A Montreal lawyer and friend of Stephen Harper’s former communications director Dimitri Soudas, Pentefountas was named vice-chair of the Canadian Radio-television and Telecommunications Commission in a storm of controversy earlier this year. He is startlingly unqualified for the job. I have more credentials than he does.

It was advocacy by Open Media that led to the public outrage over Internet pricing and download limits that prompted the hearings in the first place.

The commissioners would rather not be there.
Posted by .Gord Hunter at 11:35 No comments:

If Craven is King. We Have to Ask Why

I can’t figure out why the Craven Country Jamboree is King here in Saskatchewan, but it is. We went once after someone gave us a couple of free tickets but, we never went back. I’m no prude, public nudity doesn’t bother me and I am always up for a party but...Craven just isn’t my scene and to be completely honest, I’m not a big country music fan anyway.

Craven sure is popular with the political crowd though.

First let’s get one thing straight. The Craven Country Jamboree is a business, no ands, ifs or buts. It is also a business with lots of political friends.

This year like much of Saskatchewan, the Craven campsite was well under water. Dispite other businesses, homes and farms that are still under water the three day festival was first in line for a handout.

Much to many people’s surprise, they were given a over $1.5 million by the Saskatchewan Watershed Authority to build berms to prevent future flooding of the site. Evidentially the business met the criteria for the emergency flood damage reduction program, and since it qualified, they got the cash. Not bad for a business that actually only provides service, if we could call it that, three days a year.

Then, festival organizers were pumping water out the area when the Department of Fisheries and Oceans (DFO) grew concerned with the number of fish trapped within the site. They ordered the pumps turned off.

Then the area MP, Tom Lukiwski who you generally never hear from, saw an opportunity for a little media face time and stepped in. What is more important after all, spawning fish, or a three day piss-up.

Before you know it the Minister of Fisheries and Oceans Keith Ashfield ordered the pumps turned back on. There was no way he was going to let those pesky fish get in the way of a private business’s ability of operate. The Minister reversed his own department’s decision. He obviously knew better what the Blue Meanies are all about when he said “ For such an important economic and cultural event to be affected in this way is contrary to the principles this government stands for."  Even we bloggers couldn't have wrapped up the Conservative agenda better than that.

Now as the festival gears up we are gleefully told that taxpayers will provide the services of 36 RCMP officers for crowd control and that last year at 160 people were arrested and put into cells at least overnight for a variety of charges, including being intoxicated in a public place, public mischief, impaired driving, assault, theft and one sexual assault.

Don’t get me wrong, most festivals couldn’t survive without financial help from government. Festivals help to weave what is a part of our cultural fabric but there are community oriented festivals and there are business festivals. There is a difference and I for one am feeling ripped off.

This year, if you love good music in an outdoor setting and you don’t particularly like getting shit faced or taking your clothes off, come down to the more family friendly Folk Festival. Probably no one will get arrested, the music is great and you will have a wonderful time.
Posted by .Gord Hunter at 10:33 No comments:

Reduce the Risks of Working Alone 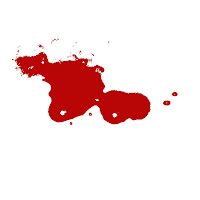 Early this summer, on the night of June 30th to be exact a Yorkton gas station attendant, working alone was murdered, for what was most likely, no more than a couple of hundred dollars. The victim, Jim Weibe was working alone. Not long after, police arrested 20 year old Kyle Furness and have charged him with first degree murder.

Weibe joins a growing list of people who met their ends while working alone, overnight for shitty pay, in gas stations and convenience stores across North America. They are basically sitting ducks waiting for the next lowlife to crawl out from under some rock.

Nagy is on the right track but, I can tell you, he has an uphill battle. I would be amazed if this business friendly Saskatchewan Party Government gives the issue much more than lip service.

In 2001 after SaskTel employee John Davies was shot and died while trying to restore telephone service to the Star Blanket Reserve I looked very closely at the issue and wrote a Health and Safety report entitled Reducing the Risks of Working Alone.

I gave a few seminars on the subject trying to raise awareness of the risks and we talked to the government of the day, but from my perspective, not a great deal has changed in the last 11 years.

Information available to employees who are concerned about working alone in Saskatchewan are grossly inadequate and guidelines for employers lack strong legislation to back them up. Surprisingly even the Alberta guide on the issue does a better job.